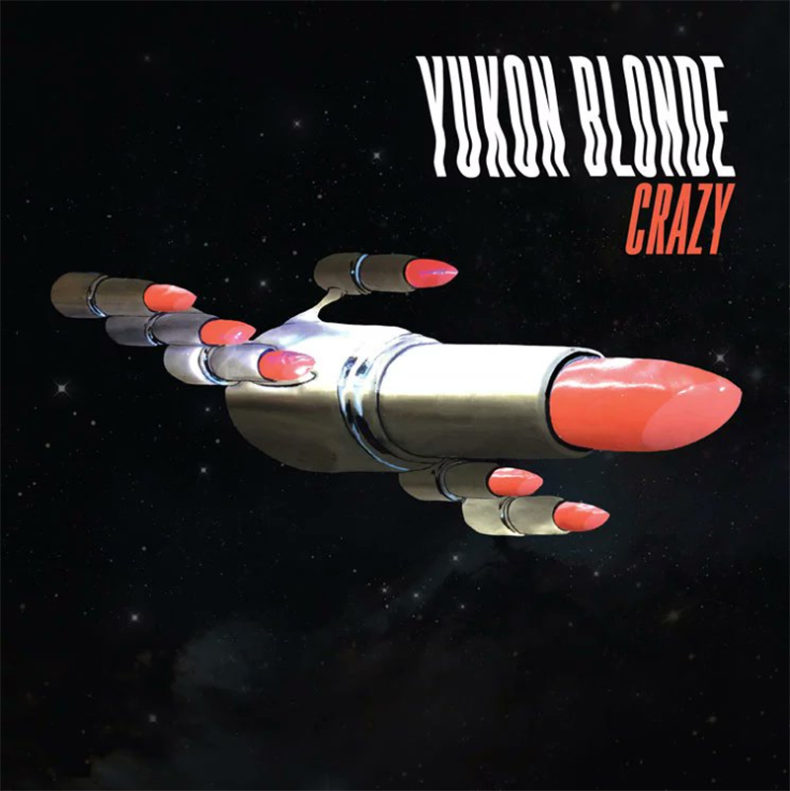 “CRAZY” AND “EMOTIONAL BLACKMAIL” OUT NOW VIA DINE ALONE RECORDS

This fall, Vancouver’s Yukon Blonde will head out on the road with Rural Alberta Advantage, hot on the heels of their new single “Crazy”. Tour dates begin October 20, full tour listing can be found below.

After their final European tour in support of their 2015 album, On Blonde, Yukon Blonde were not ready to come home – so they didn’t. Frontman Jeff Innes relocated to Madrid, Spain, where he was joined sporadically by his bandmates to write new material. Over beers at Restaraunte Padron, in the gardens of the El Retiro, and from a one room apartment on San Bernardino, Malasana, “Crazy” and “Emotional Blackmail” were born.

These two new songs were produced by Yukon Blonde and Steve Bays (Hot Hot Heat), and will be available everywhere digitally via Dine Alone Records. Fans can also purchase the two tracks on a clear 10” vinyl on the Dine Alone Record Store.

“The idea for the song came about just before a show in Munich at the end of the tour,” says Jeff Innes. “I was just outside of the club and I could hear the rest of the band sound checking one of our songs. I had the chords mixed up in my mind so it sounded like a completely different tune. As I was humming this melody outside, I was simultaneously trying to think of what to say to defend my slightly erratic behaviour to a girl I had met in Spain. And so as I was writing to her, I ended up writing the lyrics to the song.”

SPILL NEWS strives to keep our readers up to date with news and events in the music industry. We keep you informed of the most recent information regarding new releases, tour dates, and information items about your favourite artists.
RELATED ARTICLES
crazynewsyukon blonde