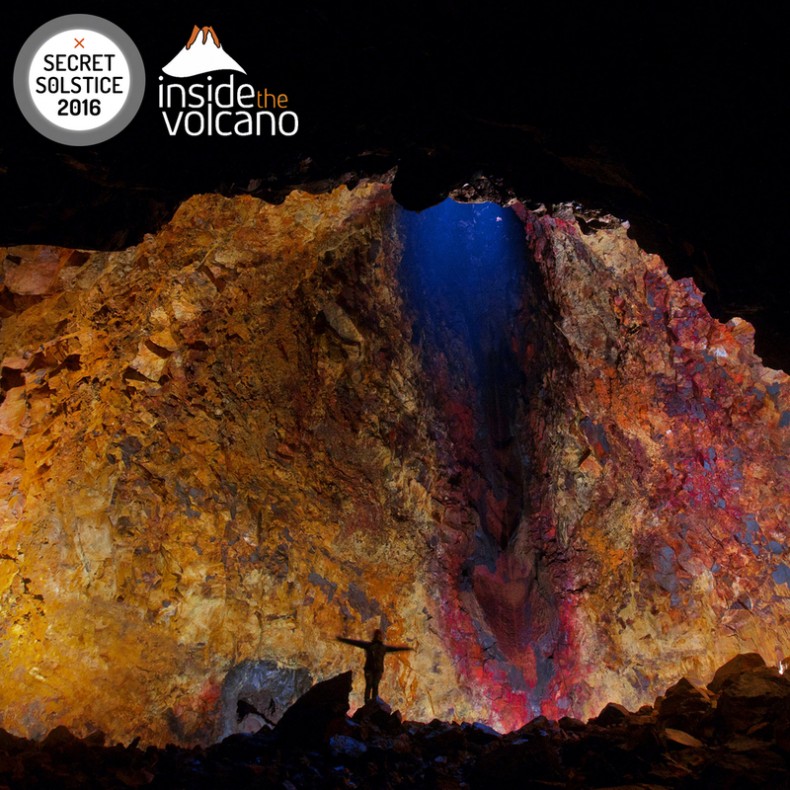 What do you get when you combine a music festival with the dormant magma chamber of a volcano that last erupted around the time Egypt’s Great Pyramid of Giza was built? A music festival in Iceland has the answer, and it’ll probably have you desperately wanting something you never knew you needed to be a part of.

Secret Solstice festival received global attention last year when they announced the world’s first party inside a glacier, and it seems they’re not shy in trying to outdo themselves. After recently announcing the likes of Radiohead, Deftones, Of Monsters And Men, and Die Antwoord as part of their 2016 lineup, they’ve just released details of the world’s first public performance inside a volcano for 2016.

Set for Saturday, June 18, 2016 during the summer solstice weekend in Reykjavík when their main event is held, Secret Solstice presents Inside The Volcano is definitely something to base your summer festival plans around. And with only 20 tickets available to this world-first experience, it’s sure to come with some serious bragging rights to those lucky enough to snag a place as part of the small crowd.

Guests will be transported from Iceland’s capital city Reykjavík to the entrance of the Thrihnukagigur volcano via helicopter (or a short hike in the case of low visibility for aircraft) before descending via an open elevator to a depth greater the height of the Statue Of Liberty – around 400ft – into the inactive magma chamber.

Once below, the small group of attendees will be able to take in the incredible surroundings of the natural volcanic cave, before becoming a subterranean crowd to what will be the world’s first ever gig inside a volcano – something that will definitely create memories in those lucky to be there.

And although the event has not yet named the artist who will be playing the stunningly unique gig, they have given a few hints.

“We have someone special, though we want attendees to be surprised when we announce who it is at a later stage.” Said Secret Solstice’s director Fred Olafsson. “I will say that it will be an acoustic performance by a very famous name, and we promise guests will be impressed when we finally make the big reveal.”

Secret Solstice presents Inside The Volcano doesn’t come without a rather hefty cost to match the incredibly unique experience. Those wanting to snap up one of the 20 tickets will have to come up with 250,000 Icelandic krona per ticket (approx. £1380/$1970/€1770), which includes the event, helicopter transport from Reykjavík, and refreshments. And of course, this price also includes a VIP ticket for the main Secret Solstice 2016 event between June 16-19, 2016.

For those interested, tickets are available through Tix.is via the Secret Solstice website, or via Festicket, the only official foreign ticketing partner for the volcano event.

The volcano experience is added to some already-announced special events during the Secret Solstice 2016 festival weekend. This includes a DJ party in Iceland’s oldest geothermal lagoon, a midnight sun boat party in the Atlantic Ocean, and the world’s only event inside a glacier. Tickets are available for additional experiences online, though most are already very close to selling out.

This year, the main event in Reykjavík between June 16-19, 2016 features acts like Radiohead, Deftones, Of Monsters And Men, Jamie Jones, and many more, with tickets, accommodation, and travel packages available now from only 24,900 Icelandic krona (approx. £138/$191/€176). 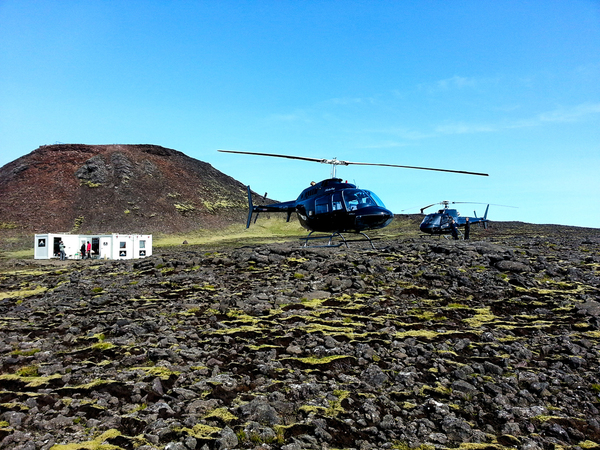 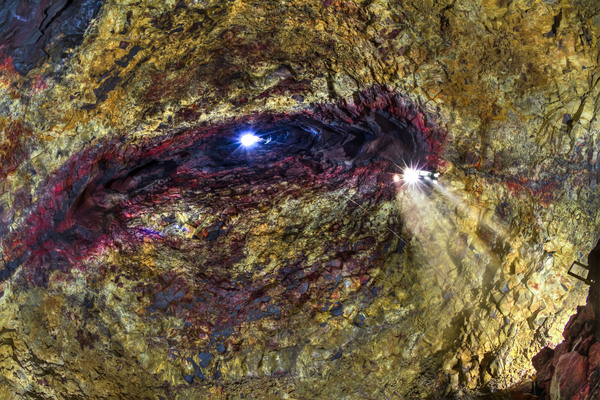 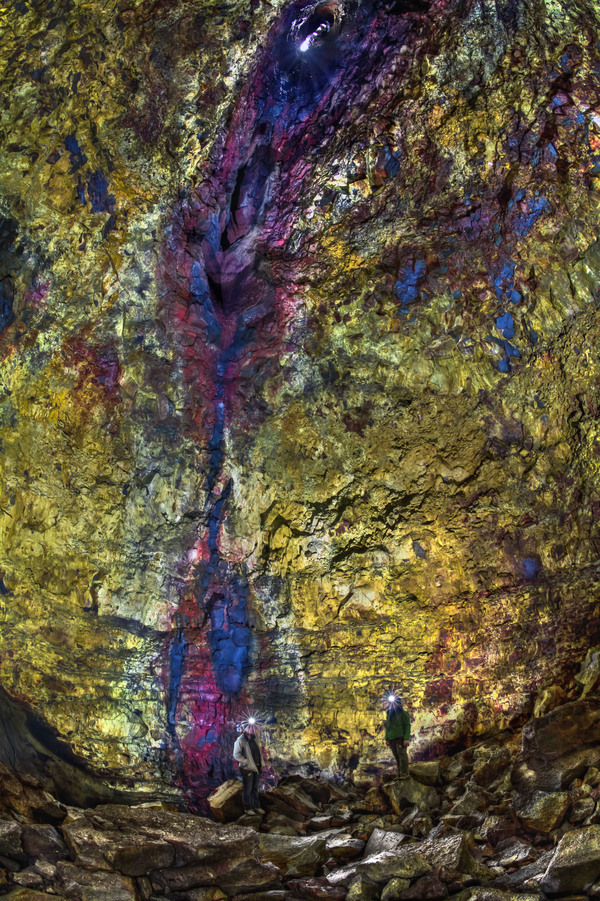 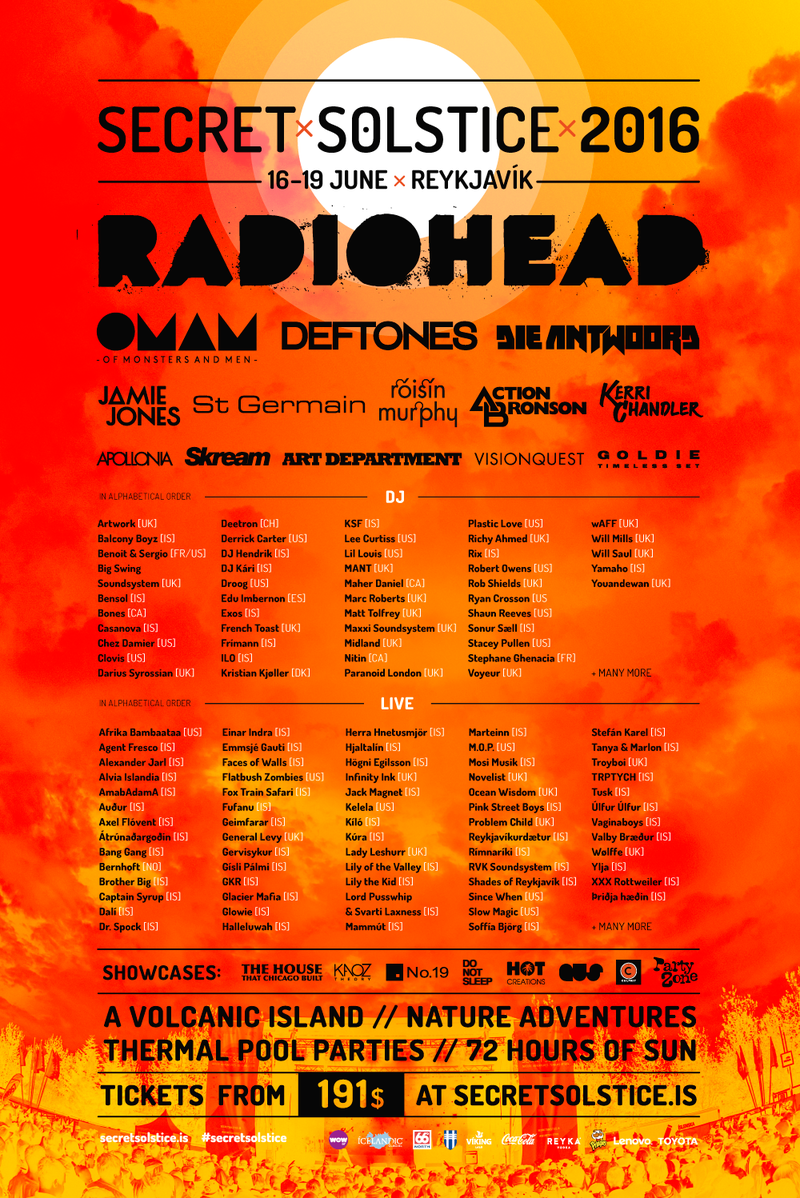 SPILL NEWS strives to keep our readers up to date with news and events in the music industry. We keep you informed of the most recent information regarding new releases, tour dates, and information items about your favourite artists.
RELATED ARTICLES
icelandnewssecret solstice