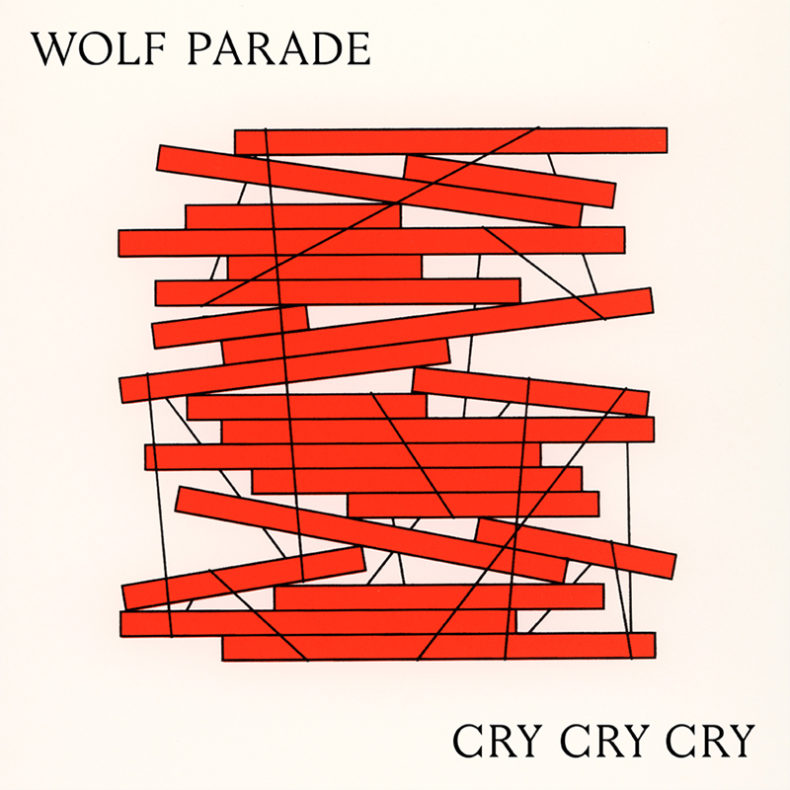 The soaring choruses, rousing anthems, sprawling guitars and chaotic keys that make up Wolf Parade are proudly on display over the course of Cry Cry Cry. These elements are captured on the album’s anthemic lead single “Valley Boy” [listen here] and additional standouts “You’re Dreaming,” “Artificial Life” and “King of Piss and Paper. ” Cry Cry Cry was produced by John Goodmanson at Robert Lang Studios in Seattle and mastered by Greg Calbi at Sterling Sound in New York.

Wolf Parade announced its return to the live stage in early 2016, after a five-year hiatus, scheduling multi-night residencies that May in New York, London, and Toronto to support of Apologies to the Queen Mary, the reissue of its classic, Sub Pop debut. Tickets sold out within a matter of hours.  As the May shows neared, Wolf Parade surprised fans again, with a self-titled-and-released EP’s-worth of new material.  The excitement surrounding the band’s return led to marquee festival appearances and late night TV performances on The Late Show with Stephen Colbert, Conan and Last Call with Carson Daly.

Wolf Parade’s previously announced tour schedule for 2017 resumes later this week, with a performance at Seattle’s Capitol Hill Block Party on Friday, July 21st. In August, the band will also appear at Ponderosa Music & Arts Festival in Rock Creek, BC on August 18th-20th. Then from September 5th through September 28th, Wolf Parade will act as direct support for The Arcade Fire (select dates). There will be additional live dates announced soon.

Cry Cry Cry is now available for pre-order worldwide from Sub Pop, in Canada from Universal Records and Wolf Parade’s webstore. LP pre-orders through megamart.subpop.com and select independent retailers in the U.S. will receive the limited loser edition on creme colored vinyl (while supplies last). A new t-shirt design will also be available.

SPILL NEWS strives to keep our readers up to date with news and events in the music industry. We keep you informed of the most recent information regarding new releases, tour dates, and information items about your favourite artists.
RELATED ARTICLES
arcade firecry cry crynews