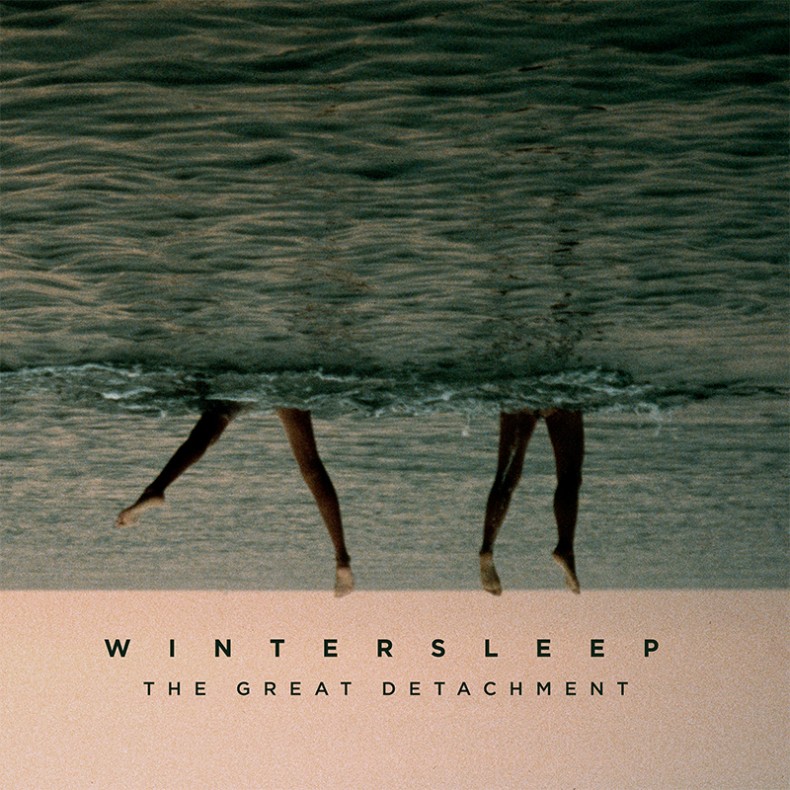 After much anticipation, Wintersleep has debuted their new single “Amerika” this week  The track is the first off of their new album The Great Detachment, which will be released on March 4, 2016 via Dine Alone Records. The song will be available as an instant grat on the album pre-order which begins on January 15. Tune in to CBC Radio One’s national flagship arts and culture show “q” across Canada on January 15 to hear the band play three songs from The Great Detachment live and chat with Friday Live host Gill Deacon.

Two years in the making, the album marks a return to the organic approach of the band’s earlier works that simultaneously sees them reaching new pinnacles of songwriting and production. The 11-song collection was recorded at Halifax’s Sonic Temple with producer Tony Doogan (Belle & Sebastian, Mogwai).

The band recorded the majority of The Great Detachment live-off-the-floor, adding an organic and transparent aural aesthetic to the collection. “It’s a very different energy,” vocalist/guitarist Paul Murphy opines, “and one that we kind of missed.” Tracks like “America” and “Freak Out” are propulsive rockers, showcasing crashing guitars and clever hooks ripe with the raw emotion of earlier hits like “Oblivion” and “Black Camera.” Conversely, “Metropolis” dances into darker territory, slightly more subdued to push focus towards the beautifully layered vocals while “Shadowless” reaches the furthest end of the spectrum, wrapping the listener in a warm sonic blanket of ambience and slow-building catharsis.
The album is very much an introspective work, both conceptually and thematically. It delivers a welcome dose of the atmospheric, entrancing alt-rock for which the band has become known, with beautifully orchestrated arrangements anchored by haunting, almost hypnotic vocal melodies. The energy and urgency inherent in these songs makes them well-suited to the stage, adding more ammo to a captivating live show that’s already earned these Juno award-winners tours of several continents; stages shared with Pearl Jam, Broken Social Scene, and The Hold Steady; a performance on Late Night with David Letterman, and an opening slot for Sir Paul McCartney.

SPILL NEWS strives to keep our readers up to date with news and events in the music industry. We keep you informed of the most recent information regarding new releases, tour dates, and information items about your favourite artists.
RELATED ARTICLES
amerikadine alone recordsnews
6.0

by Marko Woloshyn on March 4, 2016
Wintersleep The Great Detachment Dine Alone Records A few years ago, economist and Freakonomics co-author Stephen Dubner declared McDonald’s McDouble hamburger to be the [...]

by SPILL NEWS on September 30, 2015
CONTEST CLOSED    Enter below for a chance to win a merch bundle + signed copy of IN AMERIKA FOR AN EXTRA ENTRY Upload your pics from the Madison Square Garden event.