SPILL NEWS: WHAT THE FOO ARE YOU GUYS GEARING UP FOR? 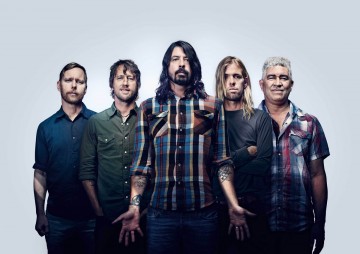 What The Foo Are You Guys Gearing Up For?

Foo Fighters Launch A 25-Day Countdown Clock On Their Website

Something is going on with one of Rock’s most prominent artists — and nobody seems to know just what it is. The mystery has many baffled and the web is filled with possible answers.

(single electric-guitar strum)
“I don’t know about that weird three-guitar thing.
I feel like it should do something else… We should do two.”

A mystery voice (most likely that of frontman Dave Grohl) chimes in as a prelude to the muffled background noise of a filled room or concert hall. The audio loop is the only thing you’ll hear from the Foo Fighters on their website, a noise that simply heightens the anticipation of just what exactly is going on with the Foos?

The band have launched a 25-day countdown to…..something.  What it is, we don’t know.  Nobody seems to know.  Whatever it is, it’s definitely got the attention of fans and onlookers alike.  The social media streams are abuzz with every possible speculation as to what is around the corner for Grohl and the boys.

Anyone else know what’s going on with the Foo Fighers?  We’d love to know.

SPILL NEWS strives to keep our readers up to date with news and events in the music industry. We keep you informed of the most recent information regarding new releases, tour dates, and information items about your favourite artists.
RELATED ARTICLES
dave grohlfoo fightersnews