SPILL NEWS: THE WATCHMEN RETURN WITH LIVE ALBUM ‘LIVE AND IN STEREO’ OUT APRIL 7, 2017 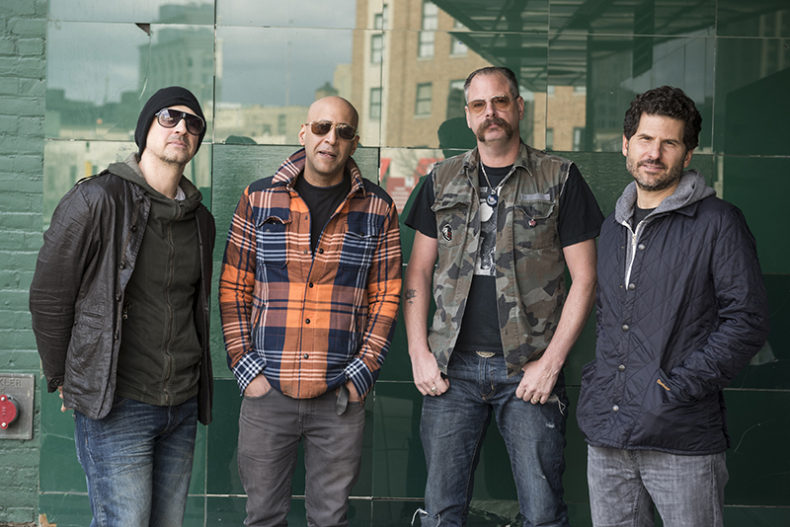 Beloved Canadian rockers The Watchmen will release their first official live album, Live And In Stereo on April 7th via Fifth Kid Records/Fontana North, that was recorded at the Burton Cummings Theatre in front of a hometown crowd in Winnipeg on March 24, 2016. The album comes as an 8-song limited edition vinyl package with an accompanying digital release containing the full concert. The Watchmen will mark the release of Live And In Stereo with a special hometown show at the Burton Cummings Theatre on April 8. Stay tuned for more upcoming Canadian tour dates.

Live And In Stereo captures The Watchmen’s classic line-up, vocalist Daniel Greaves, guitarist Joey Serlin, bassist Ken Tizzard and drummer Sammy Kohn, blasting through songs from their five Gold and Platinum-certified albums that made them one of Canada’s most successful bands of the ’90s. Guitarist Joey Serlin reflects on the live album saying,

“Our live show has always defined who we are. Our all in approach to our concerts has resulted in incredible fan loyalty. The band and its fans have a very special relationship. I am so happy that we have captured this on our first official live release. The fact that the show was recorded in Winnipeg, where it all started, makes it even more special. I am very proud of this release. It was a true labour of love.”

Fans who attend the live show on April 8th, will be able to purchase a vinyl copy of Live in Stereo at the venue and can relive the experience from the comfort of their own home. The vinyl will also be available for purchase on Amazon, and will be available digitally via iTunes, Spotify, Apple Music and Google Play.

SPILL NEWS strives to keep our readers up to date with news and events in the music industry. We keep you informed of the most recent information regarding new releases, tour dates, and information items about your favourite artists.
RELATED ARTICLES
fontana northnews

by SPILL NEWS on March 11, 2020
THE PACK AD TO RELEASE THEIR FINAL ALBUM FOR THE FORESEEABLE FUTURE IT WAS [...]