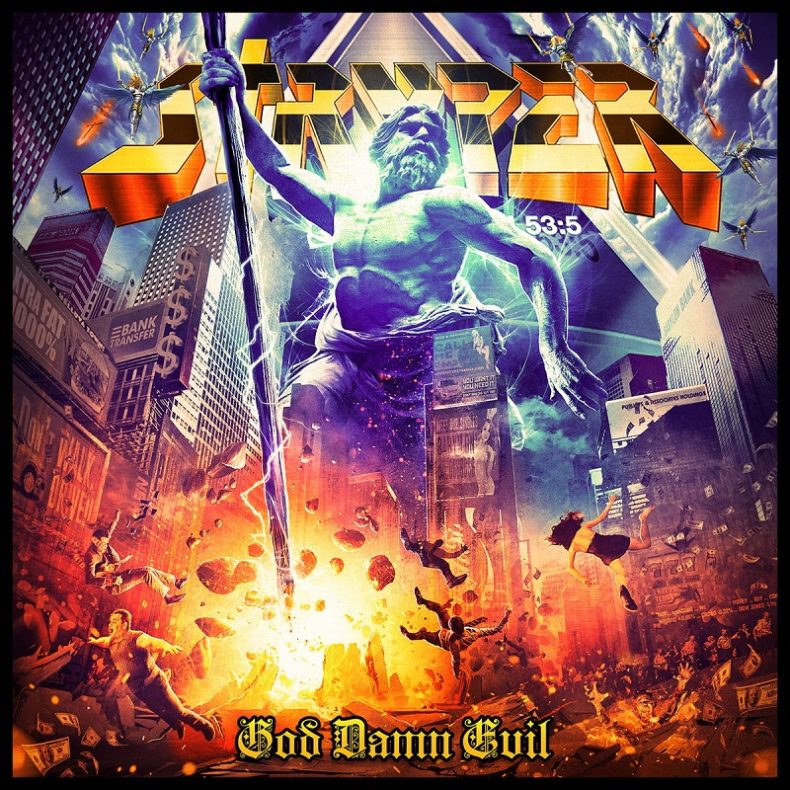 “We’re disappointed,” says STRYPER frontman Michael Sweet. “Stryper has always been about making people think outside the box. Our new album title God Damn Evil is a statement that’s needed in our society. We’ve seen evil rise to new levels and this title is simply a prayer request asking God to damn or condemn all the evil around us. Many chains have joined us in making such a statement. Walmart unfortunately has not. The odd thing is of all the chains out there we assumed Walmart would be one to understand exactly what our point and purpose is. Unfortunately not. Although we respect their decision and what’s done is done, it’s frustrating to see something that’s meant for good get misinterpreted and misunderstood.”

Rocking since 1984, STRYPER is responsible for such classic ’80s metal albums as Soldiers Under Command, To Hell with the Devil and In God We Trust. In fact, STRYPER is the first band (and the only Christian band) to ever have two songs in MTV’s Top 10 simultaneously with their hits “Free” and “Honestly.” After a sabbatical for much of the 1990s, STRYPER returned strong in the early 21st century. To date, the Dove Award-winning and GRAMMY-nominated band has sold over 10 million records worldwide.

God Damn Evil is the follow-up to STRYPER’s ninth studio album, Fallen (Frontiers Music SRL), which released in 2015 and debuted at the top of the Billboard rock charts. 2016’s 30th Anniversary To Hell With The Devil Tour saw record crowds and featured the band’s largest sound and lighting production in nearly two decades.

STRYPER will return to the road this year, kicking off the God Damn Evil World Tour at the Frontiers Rock Festival in Milan, Italy on April 28th.

God Damn Evil is available now for pre-order at all major retailers including Amazon and iTunes.

SPILL NEWS strives to keep our readers up to date with news and events in the music industry. We keep you informed of the most recent information regarding new releases, tour dates, and information items about your favourite artists.
RELATED ARTICLES
frontiers music srlnews
7.0