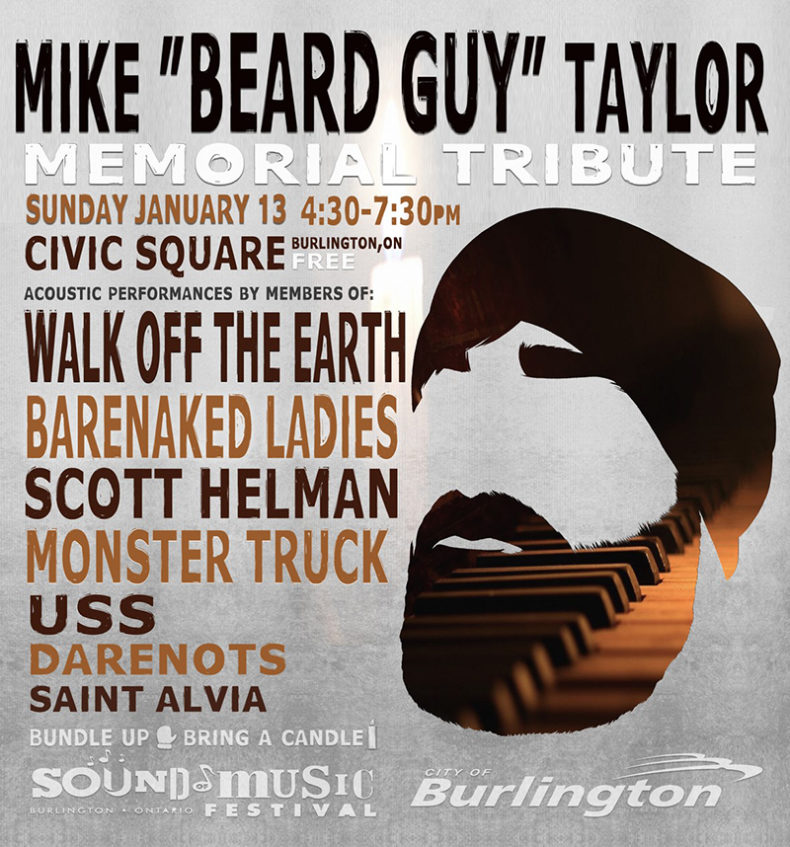 Walk Off The Earth have announced a free Memorial & Tribute Concert for Mike “Beard Guy” Taylor, their beloved keyboardist who passed away late last weekend. Presented by The City of Burlington and Sound of Music Festival, family, friends and fans will come together to celebrate Taylor’s life and legacy on Sunday, January 13th at Civic Square in Downtown Burlington. Special guests such as Scott Helman, members of The Barenaked Ladies and more will perform at the event, portions of which will be live-streamed on Walk Off The Earth’s Facebook page. For those not able to attend, the band will continue paying tribute to Taylor during their 2019 world tour, saying, “Mike loved our fans so much. We want to honor him and his legacy by continuing our world tour to bring the spirit of this memorial to our fans across the globe.”

Taylor’s family has partnered with MusiCounts, an organization that celebrates musical excellence and puts instruments into the hands of kids who need them the most, to collect donations in his name. A long-time supporter and advocate for MusiCounts, Taylor believed that all children across Canada should have access to music through their school and community. Donations can be made HERE.

SPILL NEWS strives to keep our readers up to date with news and events in the music industry. We keep you informed of the most recent information regarding new releases, tour dates, and information items about your favourite artists.
RELATED ARTICLES
all time lowbarenaked ladiesconcert