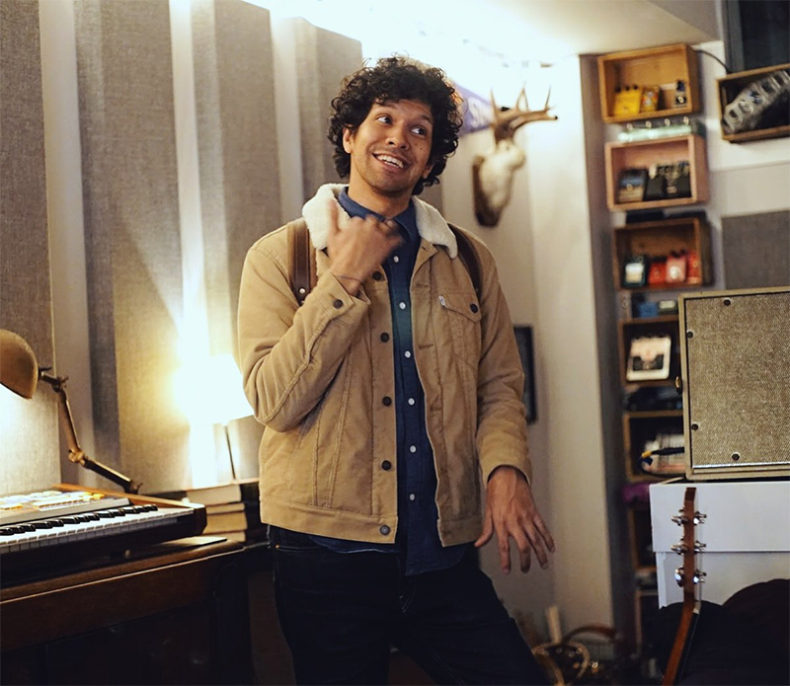 When we last checked in with Vancouver’s Prairie Cat, he had just released his 2014 album Who Knows Where to Begin?, an album which charted on college radio and aired internationally on CBC and BBC Radio. June 9th will see the release of album four for Prairie Cat. Is Cary Pratt was produced by Ryan Dahle (Mounties, Limblifter, Hot Hot Heat) and will be out on Fuzzy Logic Recordings in Canada.

Much of the subject matter for the latest album came from a grizzly discovery while on vacation in Hawaii. On his first day of touring the powder white beaches, Cary found an idyllic spot for the day’s sun and sand; that is, until something bobbing in the water caught his eye. Even through the blinding sunlight was reflecting off the surf, Cary could sense trouble on the horizon. Not until the ambulance had pulled away did the gravity of the situation sink in. “Finding a body definitely changes the record you were planning on making” says Pratt of his most introspective record to date.

His first new single “Leave a Note” was penned directly from this experience as Prairie Cat found a new, more urgent purpose: to say what’s on his mind and not hold back. Hear this and much more on Is Cary Pratt. As Pratt says, “Life is short, so be yourself!”

SPILL NEWS strives to keep our readers up to date with news and events in the music industry. We keep you informed of the most recent information regarding new releases, tour dates, and information items about your favourite artists.
RELATED ARTICLES
is cary prattleave a notenews

by Aaron Badgley on July 13, 2017
IS CAREY PRATT A CONVERSATION WITH PRAIRIE CAT Prairie Cat is not an animal, it is a band from British Columbia who have just released their fourth album, Is Cary Pratt.  It is a [...]
7.0