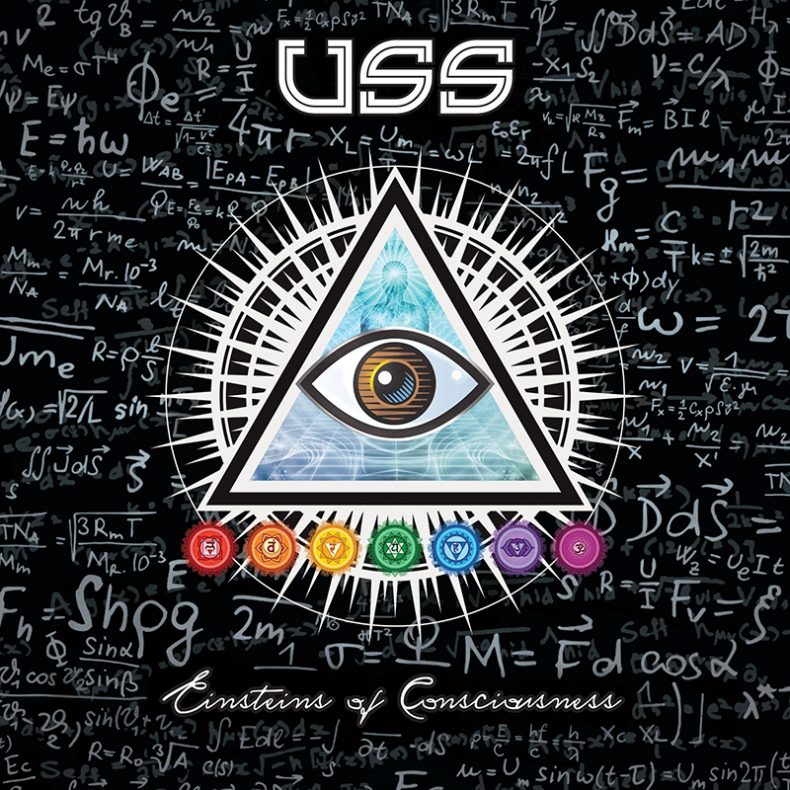 After more than a decade of creating music together USS, Toronto’s most iconic musical duo, has announced details surrounding the release of their final studio project — Einsteins of Consciousness. Home to the band’s past two singles — “Big Life (26 Letters)” and “Medicine,” the 12-track album will be released on January 8, 2021 via Coalition Music (Records) / Warner Music Canada and includes “Happy,” USS’ newest single and the soundtrack to the band’s most nostalgic video to date.

Quickly becoming one of Canada’s most popular touring bands, USS was born out of a friendship built on a golf course. Since the release of their first single — “Hollow Point Sniper Hyperbole” in 2008 — the magic that is Ashley Buchholz and Jason ‘HUMAN KEBAB’ Parsons has been incomparable. Together the duo has celebrated some of the biggest accomplishments a band can achieve: they are 8-time award winners (4x CASBY Award Winners, 2x COCA Awards Winners, 2x INDIE Award Winners), JUNO nominated (Best New Group) with a CERTIFIED GOLD record (Yin Yang). Add to that they’ve toured 12 countries, earned ten Top 10 singles, secured a CIMA Certified Road Gold certification, and celebrated PLATINUM status for their acclaimed single This Is The Best earlier this summer and it’s very clear that their unique approach to making and sharing music has made them not only one of Canada’s biggest success stories, but one of its greatest treasures.

With the fan experience always at the front and centre of everything USS creates, the band has announced a limited edition vinyl version of Einsteins of Consciousness, available via pre-order now. Each vinyl comes in one of seven signature colours and will be autographed by both band members. In addition, understanding the importance of the relationship they share with their fans — Synergy Seekers — USS will embark on a Thank You Tour as soon as it is deemed safe for large gatherings to take place in all planned tour markets.

“Looking back, it’s insane to think that the two of us were able to see the world and make a living doing what we love to do, and on our own terms no less! Seeing the number of bands that have come and gone throughout our time together, we’re incredibly humbled by the support that all of our fans and friends have given us for many, many years. We have enough great memories to last us several lifetimes, and we look forward to hitting the road to say a proper Thank You & Good Bye when it’s appropriate to do so,” explained the band. “To say that we couldn’t have done this without you is an understatement, but please know that we are so thankful for our time together, and that we hope you’ve enjoyed listening to the music as much as we’ve enjoyed making it for you.”

There is no question that USS has had a trajectory that not many could have predicted. From the back room at a tiny Toronto music venue to sold out shows across the globe, the growth of a band made up of an acoustic guitar-playing frontman and vinyl-spinning DJ has captured the imaginations of fans, inspiring them to change their lives for the better, be kinder to themselves and celebrate in personal triumphs, no matter how small. The duo, who will forever be remembered for their live performances, will continue to pursue personal projects in 2021 and beyond.

For more information on USS and their final studio album, Einsteins of Consciousness, visit ussmusic.com.

SPILL NEWS strives to keep our readers up to date with news and events in the music industry. We keep you informed of the most recent information regarding new releases, tour dates, and information items about your favourite artists.
RELATED ARTICLES
coalition musiceinsteins of consciousnesshappy