SPILL NEWS: THE USED RELEASE MUSIC VIDEO FOR NEW SINGLE “THE BIRD AND THE WORM” 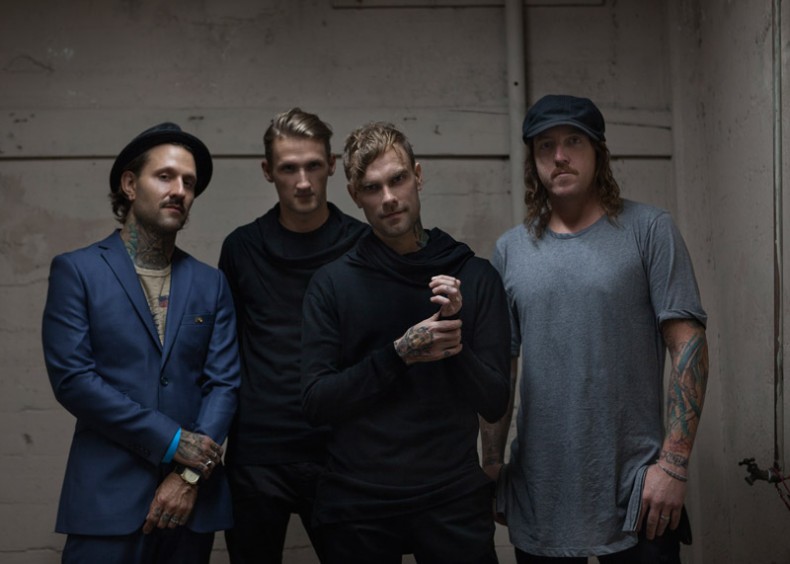 The Used has released a music video for “The Bird And The Worm” today. This is the first single to be released off their upcoming CD/DVD Live and Acoustic at The Palace. Fans can watch the music video now here, and can additionally watch the trailer for the album here.

Live and Acoustic at The Palace is set to release on April 1, 2016. This album was recorded at the band’s intimate unplugged storyteller performance, which took place at The Palace Theater in Los Angeles last October. Fans who were unable to attend the once in a lifetime performance will have a chance to watch the band perform in a way they have never performed before — with a 4-piece string quartet and harpist (arranged by Hiro Goto), a piano player, percussion and a 3-piece gospel choir. Live and Acoustic at The Palace is available for pre-order now here: www.TheUsed.net.

In celebration of their fifteen-year anniversary, The Used will be hitting the road for a North American tour this spring with direct support from The New Regime and just added two additional Orange County, CA shows!The band will be playing two shows per city, performing Self-Titled and In Love and Death in their entirety, plus more each evening. The tour will kick off on April 5th in Seattle, WA and wrap on May 28th in Los Angeles, CA. With each online ticket purchase, fans will get a digital copy of the band’s upcoming release, The Used: Live & Acoustic at The Palace.

In order to fully recontextualize the songs on Live and Acoustic at The Palace, The Used worked with Hiro Goto on the strings and harp. Together, they arranged the various musical elements and helped the band bring out dimensions in these songs that they didn’t even know existed. “The whole time we were making this I couldn’t believe it was happening,” McCracken explains, adding that 3 gospel singers and instruments like the harp helped these songs take on an entirely different emotional resonance than the post-hardcore, guitar-driven dynamics that initially propelled them. “I’m so proud of this band for working hard to pull this off and at same time I feel like this is what we deserve because we worked so hard to get here that it felt like a victory lap in a lot of ways.”

Fifteen years ago, four teenagers from Utah created a band and released a collection of albums that shaped the space of the alternative rock scene.  High energy live shows, gut wrenching relatable lyrics, and melodies that blended pop sensibility and hard rock was the perfect combination to make an everlasting impression on fans globally.

The Used’s latest LP Imaginary Enemy put the band’s political frustrations and commitment to social change at its forefront and has opened up the platform for conversation among fans and critics alike. The album climbed high on the Independent, Tastemaker Albums, Hard Rock, Alternative, Digital Albums and Top Rock charts. Fans can purchase Imaginary Enemy on iTunes here: http://bit.ly/ImaginaryEnemy.

Going into year 15, The Used are stronger than ever and are looking forward to making memories every night on this upcoming tour.

Live and Acoustic at The Palace Track Listing:

SPILL NEWS strives to keep our readers up to date with news and events in the music industry. We keep you informed of the most recent information regarding new releases, tour dates, and information items about your favourite artists.
RELATED ARTICLES
bert mccrackendan whitesidesjeph howard