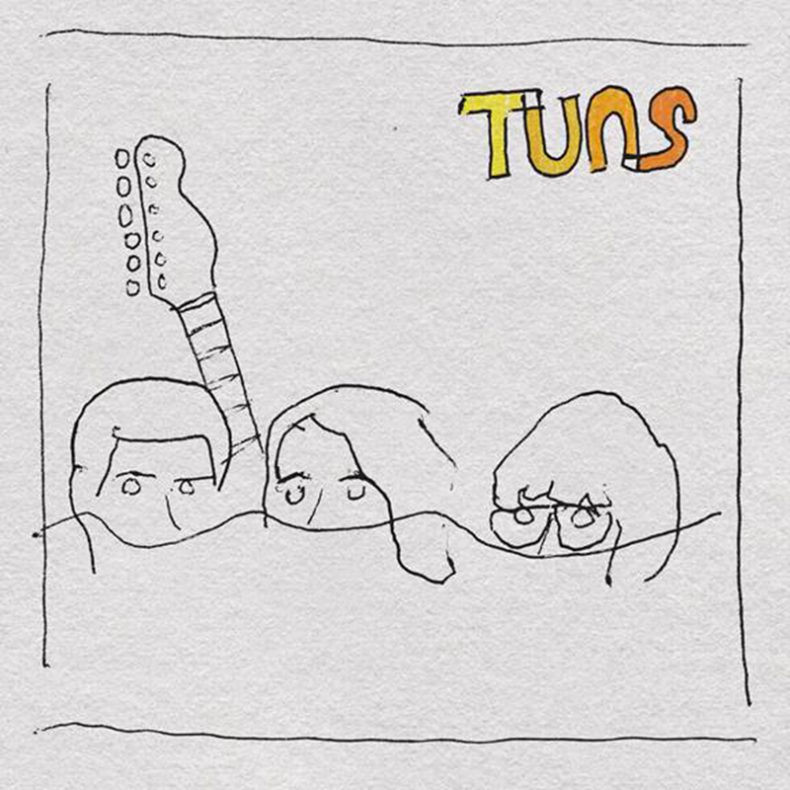 TUNS is proving that they’re not going to be that supergroup that sounds great on paper and super lame on your speakers. Comprised of Chris Murphy (Sloan) Matt Murphy (Super Friendz, Flashing Lights), and Mike O’Neill (Inbreds), they’re not a bunch of old dudes past their peak who want to play half-tempo dirges about their divorce. This is not some side project where Chris dumps his Sloan leftovers. Far, far from it.

The first time anyone knew that TUNS existed was their first gig at Massey Hall in October 2015, part of an all-star benefit show organized by Hayden. The band’s internal mutual appreciation dates back 20 years to when the Inbreds and Super Friendz—with whom Chris was playing drums during a Sloan hiatus— toured together, a friendship only now coming to musical fruition. Today, the band announces that its self-titled debut album will be out August 26 via Royal Mountain Records (PUP, Alvvays, Hollerado) and courtesy of Stereogum are treating us all to the “lovelorn boot-stomper of an indie rock track” and first single, “Mind Over Matter”.

“Our first work on the song began with the chorus — Mike played three chords and sang this great melody line”, remembers Matt. “It was one of the few times in the writing process that we had switched up instruments – in this case Mike was on guitar and I was on bass I believe. Chris’ drumming really brought us into Sweet territory, but there is also a definite nod to the Buzzcocks in the verse melody as well. The lyrics are more or less about the romantic idea people get in their heads, myself included, that if you could just escape for a bit – go somewhere far, far away, you will have this transformative experience and lasting inner-peace. But as is often the case, on your return you find yourself back where you started, feeling relaxed but still out of your mind”.

TUNS is an exciting new band of equals, of collaborators, of experienced veterans who sound as exuberant as ever. It’s power pop with intricate melodies, electrifying rock’n’roll written with a deep appreciation for songcraft. It’s like a music geek’s version of fantasy baseball, a band that could feature Paul McCartney, Pete Townshend, and the Attractions’ Pete Thomas, with Alex Chilton and The Jam’s Paul Weller throwing in song ideas.

Oh, and the name? Toronto Usurps Nova Scotia? No. It’s a reference to the Technical University of Nova Scotia (1907-97, now part of Dalhousie University), where the young Murphys used to go for science fairs or to play basketball. The reason? Let’s just say the best ideas in TUNS songs are definitely in the music, not in the name itself. Sounds like ‘tunes’, the name wasn’t taken, and the spelling is unique on Google.

SPILL NEWS strives to keep our readers up to date with news and events in the music industry. We keep you informed of the most recent information regarding new releases, tour dates, and information items about your favourite artists.
RELATED ARTICLES
chris murphyflashing lightsinbreds