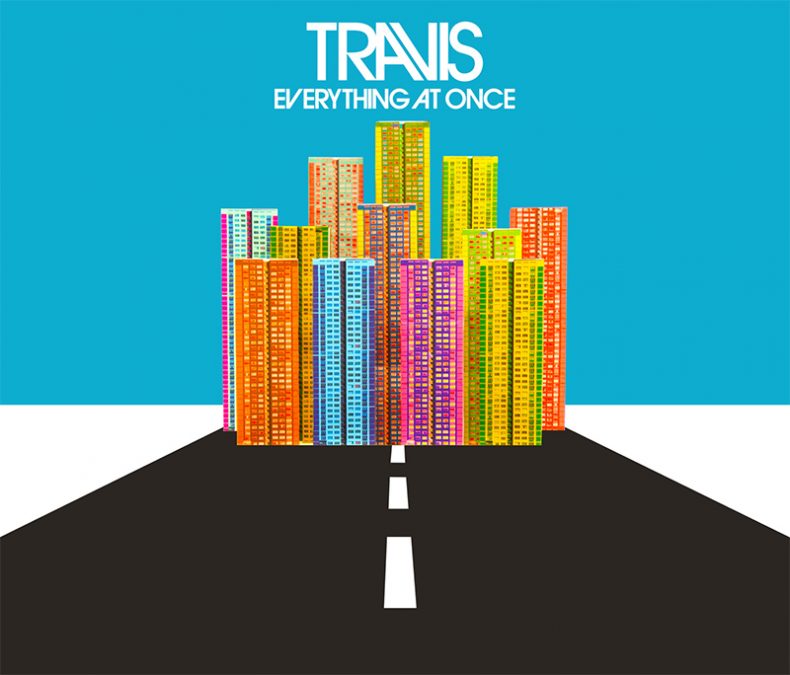 OUT DIGITALLY ON APRIL 29TH, IN-STORES FROM MAY 27TH

Travis have announced the release of their new album Everything At Once. The ten-track full-length arrives digitally on April 29 and in-stores on CD/LP and deluxe CD+DVD via Caroline Records on May 27.

Written by Travis and produced by Michael Ilbert at the legendary Hansa Studios in Berlin, Everything At Once positively overflows with conviction and confidence whilst maintaining their classic sound with the unmistakable warmth of the much loved vocals from singer Fran Healy.

Everything At Once perfectly illustrates the sound of a band in their prime, all the songs are either around or under three minutes of pure unadulterated joy, or, as singer Fran Healy puts it, they “don’t overstay their welcome. We have learned to be frugal with our writing. You can say everything you want to say. You don’t need four minutes to do it.” Fran has also directed a short film called Everything At Once which will be available on the deluxe version of the album. Pre-order your copy of the album here.

Everything At Once Tracklist

SPILL NEWS strives to keep our readers up to date with news and events in the music industry. We keep you informed of the most recent information regarding new releases, tour dates, and information items about your favourite artists.
RELATED ARTICLES
caroline recordseverything at oncenews
8.0