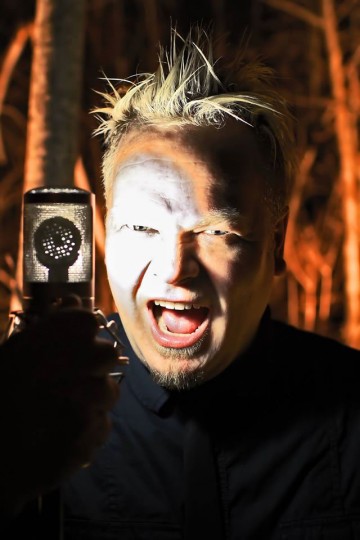 Toronto’s EBM/synthpop hybrid, nTTx, has signed a worldwide deal with Louisville based WTII Records, LLC.  Formed in 2015 and the brainchild of Gord Clement, former singer/songwriter of Atomzero.  nTTx steals elements from EBM, synthpop and industrial, and completes this sonic landscape with strong, melodic vocals that range from soft and delicate, to powerful and in your face.

nTTx made his debut with the independent release of the single, ‘Falls Beautiful’ back in May.  The single contained the title track and a Depeche Mode cover as a b-side.  ‘Falls Beautiful’ was an instant hit and a quickly climbed to the top of the German Electronic Webchart (GEWC), spending 4 weeks in the top 15.    The song also received critical acclaim from the press with descriptions like “master work” and “features slightly reminiscent of Nitzer Ebb or Spetsnaz mixed with groups like Depeche Mode”.

nTTx’s WTII debut EP is scheduled for release in early 2016, featuring 4 original songs along with remixes from Caustic, Stars Crusaders and others.

SPILL NEWS strives to keep our readers up to date with news and events in the music industry. We keep you informed of the most recent information regarding new releases, tour dates, and information items about your favourite artists.
RELATED ARTICLES
gord clementnewsnttx

by SPILL NEW MUSIC on March 8, 2018
nTTx RELEASES GOTHSICLES PARODY “STRAIGHT UP BEAVER TIME” “To understand this… you must know The Gothsicles….and the [...]