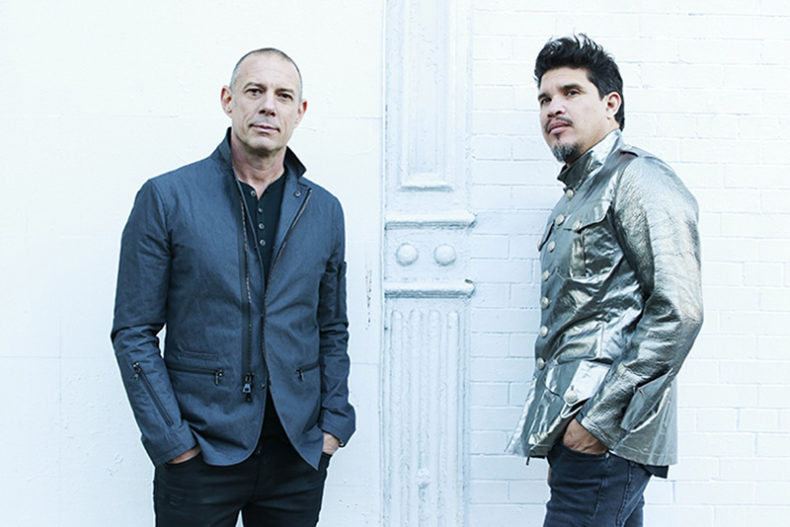 Thievery Corporation announce the release of Treasures From The Temple, a companion piece to its chart-topping 2017 album, Temple of I & I. The 12-track compendium includes a trove of original recordings and remixes from the band’s Temple sessions at Geejam Studios in Port Antonio, Jamaica with vocal appearances by Mr. Lif, Sitali, Racquel Jones, Natalia Clavier, LouLou Ghelichkhani, and Notch. The news arrives through the release of the official music video for the album’s first single, “Voyage Libre,” directed by Tina Rivera. The journey to the Treasures From The Temple begins by wandering through Thievery vocalist LouLou Ghelichkhani’s psyche in a surreal, monochromatic visualization of emotional space. Check out the video streaming below or HERE.

Treasures From The Temple will be available digitally and on CD/vinyl formats on Friday, April 20 through ESL Music with pre-orders launching today, Tuesday, March 13. Exclusive bundle packages including limited-edition vinyl pressings, t-shirts, merch, and collectors’ memorabilia are available directly to fans via the band’s digital headquarters HERE.

How many highly successful musical artists do you know that have thrived for 20 years without a radio hit, a big budget video, or major label backing? Moreover, have managed to do high-profile TV appearances, own and operate their own independent label since day one, sell several million albums and continue to expand their fan base across the globe each year. Thievery Corporation have collaborated with such uniquely famed artists such as David Byrne, Perry Farrell, The Flaming Lips, Anushka Shankar, Femi Kuti, Seu Jorge, Bebel Gilberto, and have been featured on major film soundtracks such as Garden State. They’ve headlined top music festivals such as Coachella and Lollapalooza, and have influenced a whole generation of electronic producers and DJs. If you add these elements together, you can arrive at only one conclusion: Rob Garza and Eric Hilton, aka: Thievery Corporation. For more information visit http://thieverycorporation.com.

Treasures From The Temple Track Listing

News
eric hiltonesl recordsghetto matrixletter to the editorlove has no heartnewsrob garzatemple of i & ithievery corporationtina riveratreasures from the templevoyage libre
eric hilton, esl records, ghetto matrix, letter to the editor, love has no heart, news, rob garza, temple of i & i, thievery corporation, tina rivera, treasures from the temple, voyage libre
About the Author
SPILL NEWS

SPILL NEWS strives to keep our readers up to date with news and events in the music industry. We keep you informed of the most recent information regarding new releases, tour dates, and information items about your favourite artists.
RELATED ARTICLES
eric hiltonesl recordsghetto matrix
6.0

by Andrew Smith on November 25, 2016
MUSIC THAT MAKES YOU THINK AN INTERVIEW WITH ROB GARZA OF THIEVERY CORPORATION Rob Garza and Eric Hilton have been making music as Thievery Corporation for [...]