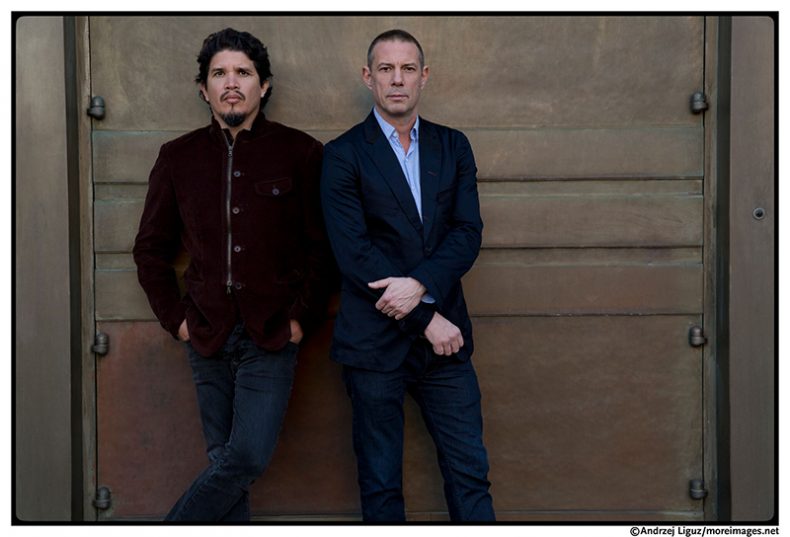 Washington D.C.’s world-renowned Thievery Corporation is set to bring their trademark experimental brand of  dub-electronica to life, taking to the road for a tour of the east coast with dates from November through December. The DJ-and-artist collaborative collective starts out their journey with three dates in Florida, circles the East Coast hitting cities in between such as Atlanta (Dec. 7th @ Tabernacle), NYC (Dec. 9th @ Terminal 5), and concludes in the group’s hometown of Washington DC’s at the legendary 930 Club for three consecutive dates (December 15 -17). Their wildly dynamic and celebratory shows brings the collective’s trademark combination of artistry and activism.

Since 1997, Thievery Corporation has packed two decades with nine records and collaborations featuring the likes of Perry Farrell of Jane’s Addiction, Wayne Coyne of The Flaming Lips, and David Byrne of The Talking Heads. The group’s eclectic sound has lent itself to a variety of different settings, from Los Angeles’ world-renowned Greek Theatre to main stage Coachella and Lollapalooza.

Fans will be excited to know that the next Thievery Corporation album is set to release February 2017 (title and album release date to be announced). But until then, this tour serves as both a celebration of the band’s legacy and a re-affirmation of the band’s artistry and passion that will continue moving forward. The social and political commentary on issues of war, corporate money in politics, the media, and the people’s struggle to overcome all of this has been a trademark of the band’s ethos, especially echoed in 2011’s Culture of Fear. As co-founder Rob Garza recently noted to the press, “We don’t want to necessarily tell you what to think… we want to make you think.”

Thievery Corporation is Rob Garza and Eric Hilton. The new studio album is set to release February 2017. More details to be announced.

SPILL NEWS strives to keep our readers up to date with news and events in the music industry. We keep you informed of the most recent information regarding new releases, tour dates, and information items about your favourite artists.
RELATED ARTICLES
eric hiltonnewsrob garza
6.0