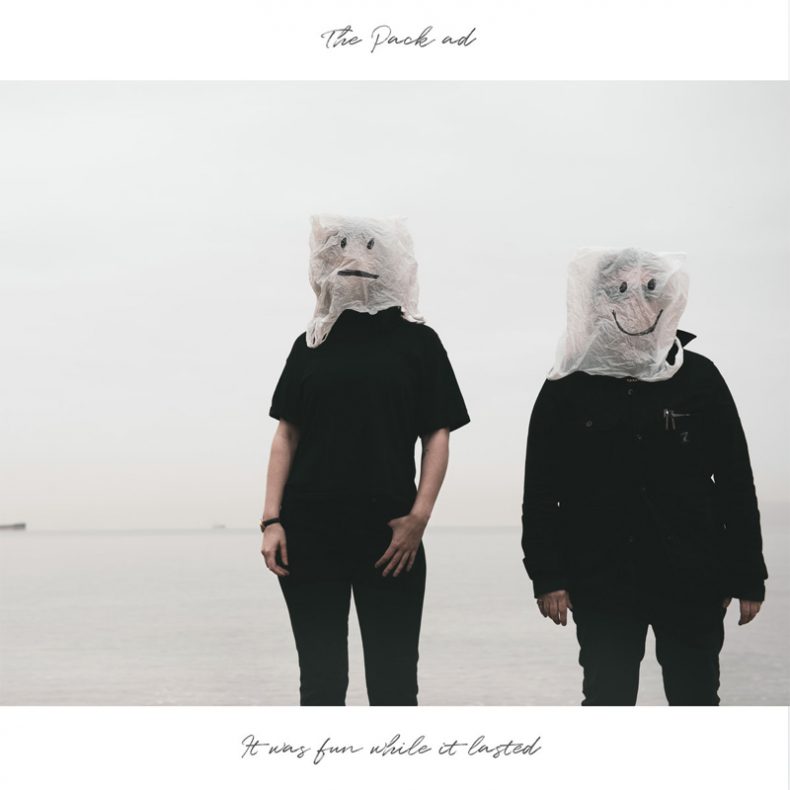 NEW TRACK “GIVE UP” OUT NOW VIA FONTANA NORTH

Last year, Vancouver duo The Pack AD announced they were saying goodbye to full cross-country touring and today they reveal they’re gearing up to release their final album for the foreseeable future, It Was Fun While It Lasted on April 17. Hear a sneak peak of that album with first single “Give Up” below or HERE.

On the track, drummer Maya Miller addresses the single and their experience in this industry:

We’ve been a band for so long, and it’s very insular in so many ways, especially when you’re a duo. It is this Us vs The World feeling, that highlights Becky singing ‘you may feel leftover but you’ll always make my team.’ This song really lays bare all the frustration and depression that has become part and parcel of doing what we love. We love playing music. We love our fans. We would be lying though, if we didn’t say that rock music is a boys club and it is a constant battle to keep our space carved out as women. This song is about deciding what’s best for us and taking that control. The end refrain is that pact with no judgement or strings attached: “Say you give up. I give in”

Although this may be the last album for the foreseeable future, the band says, “Just so you know, this doesn’t mean we’re breaking up. We’re not that dramatic.”

Similar to their last effort Dollhouse, the band once again address and comment on climate change saying,  “The album title, is straight forward on one hand, as, it WAS fun while it lasted and also the album title and cover is a comment on climate change. We stand at the Ocean’s edge, with an oil tanker in the distance and our faces covered in modern tragedy/comedy masks made of non recyclable plastic bags and meh expressions. Our time on the Earth too, WAS fun while it lasted.”

The album also perfectly summed up by award winning queer writer/activist Ivan Coyote says, “All twelve songs do not waste anything. They are carefully crafted chaos, they are deliberately designed depictions of all the hope and the despair that making music for a living both brings to, and exacts from, an artist’s body, and her heart. There is fatigue in the words, and frustration too, but the drums are still relentless, and the guitar still wails and never gives up early. I can hear how much both musicians have grown, both instrumentally and lyrically, and there is more nuance here, and double meaning, and humour in the dark.” Read the full bio written by Coyote HERE.

Although this might be their final album, the band will continue to tour and right now have dates lined in Europe, U.S. and a few select dates in Canada. See below for tour dates.

Pre-Order It Was Fun While It Lasted HERE

SPILL NEWS strives to keep our readers up to date with news and events in the music industry. We keep you informed of the most recent information regarding new releases, tour dates, and information items about your favourite artists.
RELATED ARTICLES
dollhousefontana northit was fun while it lasted
8.0