SPILL NEWS: THE LIST OF RELEASES FOR THE 11TH ANNUAL RECORD STORE DAY HAS BEEN REVEALED 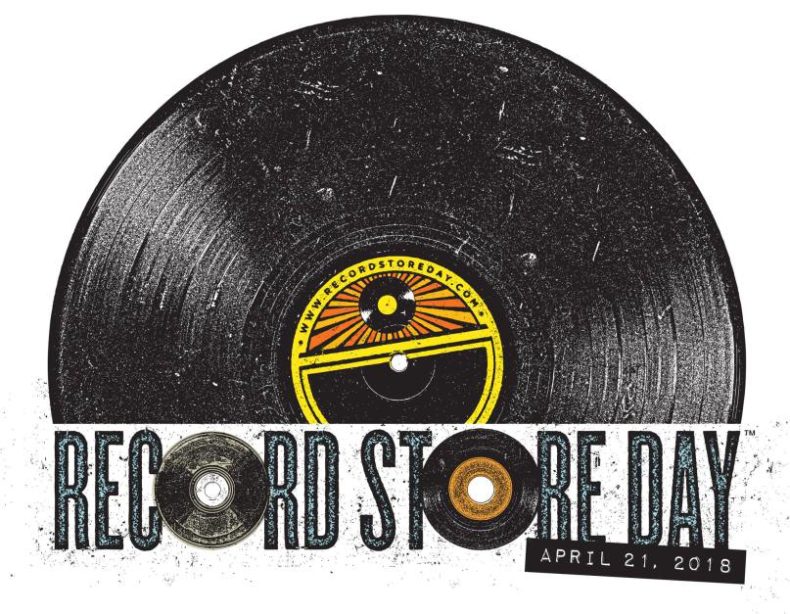 Yes, this is Record Store Day’s 11th anniversary, and with apologies to Nigel Tufnul and Spinal Tap, we are turning all the knobs across the board WAAAAYYYY past 10 on April 21st to give everyone the best possible music and independent community experience!

Don’t miss your chance to discover exciting, new and limited-edition titles while celebrating the culture of the independent record store, nationwide.

In the inclusive spirit of record store day, there is truly something for everyone at all your favorite local independent record stores on April 21st, 2018!

“Record Store Day is important because it is a platform for the independently owned music stores to be a bright star for the day. It is the definition of supporting music and art and what it is to be independent and shop local.”–Jennifer Keenan/Lacey Ritter, Pushier The Store, Jerome AZ

“Nothing will ever — EVER — replace the power of walking into a record store and having another living, breathing human being — whether it’s a fellow shopper or friendly clerk or complete stranger — point you toward something and say, ‘You HAVE to listen to this, trust me.” I have no problem with texts or DMs or the internet as a whole but believe me when I say: The best music, books, movies, comics or any other type of art will be created by someone passing along, eyeball-to-eyeball, secret and cherished knowledge. That’s why Record Store Day will save the future.” – Patton Oswald, RSD 2018 Artist, Currently Our Favorite Person

“It’s the most wonderful day of the year~ Come party with us!” –Alayna Alderman, Record Archive, Rochester NY

Record Store Day is turning it up a notch in 2018, and everything is coming together to give you something very, very special on April 21st!  More independent releases with newer artists, legendary names, iconic performances captured for posterity, limited runs, multiple formats, more heavy hitters, more long out-of-print reissues, more exclusive tracks, and more of everything else you were hoping for.  Why? Because you deserve it…and because that is what Record Store Day does…every year, for all our participating record stores and their loyal customers. Find records you never thought you would ever see again, buy records you cannot get enough of, and discover records that will become your new favorites immediately out of the shrink wrap!  We are extremely psyched about the depth and scope of 2018’s Record Store Day selections.

Rhino Records/Grateful Dead Productions have been very supportive of Record Store Day, and this year is no exception, as it sees the release of The Grateful Dead’s Fillmore West, San Francisco, CA 2/27/69.  This live show along with 3 other concerts from the same year, is being released for the first time on vinyl, as a Limited Edition 4xLP set. Not to be outdone, ATO/Round Records are re-releasing Jerry Garcia’s fourth solo album, Run For The Roses. This special release will be pressed on black and orange marbled vinyl, and can be found first at record stores. The Long Strange Trip continues for one of the world’s most beloved bands.

Jazz fans have a lot to be excited about as ORG Music presents An Evening With Ornette Coleman (Part 2), taken from a 1965 concert at Fairfield Hall in Croydon, England.  This album showcases Coleman’s experimentation with contemporary classical forms, features new artwork, and is exclusive to RSD 2018.  Verve is releasing Ella Fitzgerald’s Ella Live at Zardi’s for the first time on opaque pink and opaque blue vinyl.  John Coltrane’s “My Favorite Things” is being released as a 7” single through Atlantic, a replica of the original 7” “My Favorite Things Part I & II”, a hit single for the jazz giant in 1961.  And Thelonious Monk’s 100th birthday is celebrated with Columbia/Legacy’s re-release of Thelonious Monk’s 1964 classic Monk.

Syd Barrett, Neil Young and Tom Waits all walk into a bar…no, not really…but they are ALL at a record store in April.  Legacy Recordings presents Pink Floyd’s debut masterpiece, Piper At The Gates of Dawn in MONONeil Young’s Tonight’s The Night Live At The Roxy 1973, a black vinyl double LP of a recording made when Uncle Neil and his band decided to blow off some steam after recording Tonight’s The Night, gets a special RSD 2018 version with a gatefold package and a limited edition photo insert.  Three separate Tom Waits colored vinyl double LPs come together as a special treat from ANTI-. Originally released as part of Waits’ Orphans collection, this music received stunning praise on its initial release (and that’s not JUST because Tom covers two Ramones tracks!)

The Motor City gets a shout out from a few titles this year, including Modern Harmonics’ release of two very early 7” singles from the MC5, pressed at Third Man Pressing. Third Man Records co-founder (and Detroit native) Ben Blackwell curates a collection called The Stooges (Detroit Edition). Speaking of Third Man Records, they offer a little Nashville in the mix, with a single from Joshua Hedley, a new country signing who you’ve probably seen leading the band at the iconic Robert’s Western World this past decade or so.

Hey, wouldn’t it be cool if Bruce Springsteen, U2 and The Rolling Stones ALL released records on April 21? Well, guess what…they are!  The Boss is stepping away from Broadway to release a Greatest Hits LP on colored vinyl. U2 are releasing a 12” picture disc with two different versions of “Lights of Home.” The Stones are re-issuing their 1967 LP Their Satanic Majesties Request on splatter vinyl exclusive to independent record stores, with original gatefold artwork and restored 3D cover. You know, if you turn it just right, you can see all four Beatles in the 3D artwork.

Today’s stars are well represented this year. Taylor Swift has taken over the pop world with several massive releases and Swifties can pick up special record store colored vinyl editions of three of them this April 21. New West Records’ Jason Isbell’s Live At Twist And Shout, is just that: a a six song recording of a performance from his 2007 in-store at Twist & Shout in Denver, Colorado. Mom & Pop Records has two from  Courtney Barnett for RSD 2018: a 12” single with two songs from Courtney’s upcoming LP, and a picture disc edition of The Double EP: A Sea of Split Peas.

The youth are wild, but the kids are all right, and that may be because of the music they get at record stores on 2018. Records geared towards kids but enjoyed by everyone include Rockabye Baby’s lullaby versions of Beastie Boys songs, a reissue from Brookvale Records of Marlo Thomas’ classic Free To Be You And Me and a Blitzen Trapper record created with toy instruments actually called Kids Album!

Continuing the independent spirit, Kartel is re-releasing the hauntingly beautiful 1995 classic Né La Thiass from Senegalese musician Cheikh Lô.  Post-hardcore favorites Touche Amore are releasing a tenth-year anniversary pressing of their demo 7″ released as a one-time 12″ with an etched b-side on No Sleep Records. Rare Noise Records is releasing Cuts Up, Cuts Out by the noise supergroup Merzbow, Mats Gustafsson, Thurston Moore, and Balazs Pandi. Empire Records brings us the 2001 debut album from the prolific underground rap crew, Living Legends, Almost Famous, available for the first time on vinyl on RSD 2018. Common’s Can I Borrow A Dollar?, his 1992 release that put Chicago on the hip-hop map, is being re-issued as a double LP by Fat Beats and Nature Sounds.

Various artist compilations and movies from films are a big part of the mix too. Dogfish Head Craft Brewed Ales continues its series of Music to Drink Beer To compilations and throws in a little sumthin sumthin by calling this edition Music to Drink Beer And Make Love To! Past & Present are releasing Girls in the Garage Volumes 2 and 3, collections of rare 60s girl group singles prove that long before Patti Smith and Joan Jett, girls were rocking in the garage as hard as the guys. Select-O-Hits brings us Malaco: The Last Soul Company 50 Years of Excellence, an RSD-curated collection of songs on gold vinyl from the 50 years of Malaco, featuring artists like Johnnie Taylor and Bobby Bland, proceeds of which benefit the BMI Foundation.

In all, it’s one of the most diverse lists of titles ever to be put together for a Record Store Day celebration and whether you find an armful or a select few that pique your interest, they all play a part in helping us throw our favorite party of the year. We’re gonna leave with something that Reid Robinson of Co-Op Records of Moline passed along to us: “My favorite RSD quote ever was from a few years ago. A short, sweet statement from a teenage girl to her dad-“YES! Christmas USED to be my favorite day of the year!”

SPILL NEWS strives to keep our readers up to date with news and events in the music industry. We keep you informed of the most recent information regarding new releases, tour dates, and information items about your favourite artists.
RELATED ARTICLES
newsrecord store day