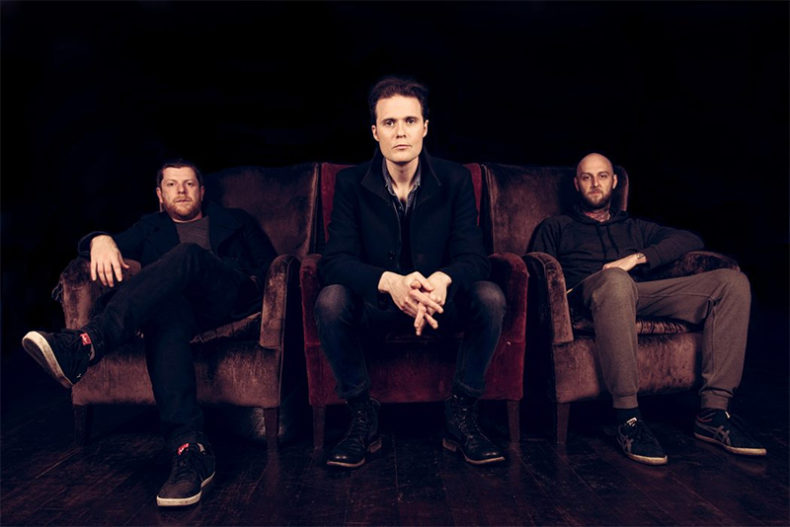 IN YOUR OWN SWEET TIME OUT NOW VIA COOKING VINYL

The Fratellis have just released their latest video for “I’ve Been Blind”, a track off the just-released record, In Your Own Sweet Time. “I’ve Been Blind” is the perfect brisk and energetic anthem for emerging into Spring after this long Winter. The video takes the form of a black and white silent film, following the tale of three tragically brilliant theoretical physicists/biologists who are working day-in and day-out to discover the world they’ve been blind to all along.

The band embarked on a headline North American tour in support of the album April 26th in Vancouver and includes shows in Los Angeles (May 1 @ The Belasco), Chicago (May 11 @ Metro), and NYC (May 16 @ Brooklyn Steel). These shows are set to be riotous, featuring the expansive material of the new record and their boisterous trademark hits. (full list of dates below)

On In Your Own Sweet Time, The Fratellis have once again teamed up with six-time Grammy and Mercury-nominated American producer Tony Hoffer (Beck, The Kooks, M83, Belle & Sebastian), and struck indie gold, exploring new psychedelic territories while retaining their innate knack for massive choruses. The record marks a thrilling new phase in the bands career, identified by a daring new sound that is bigger, bolder, and yet still shot through with a whip-smart, pitch-black sense of humor that we have come to expect from the irrepressible Glaswegian trio.

SPILL NEWS strives to keep our readers up to date with news and events in the music industry. We keep you informed of the most recent information regarding new releases, tour dates, and information items about your favourite artists.
RELATED ARTICLES
cooking vinylfratellisin your own sweet time
9.0