News
41
previous article
SPILL NEW MUSIC: INDIE ROCK ICONS NADA SURF RELEASE ANTHEMIC FEEL GOOD NEW SINGLE "SO MUCH LOVE" & RETURN WITH THEIR NINTH STUDIO LP 'NEVER NOT TOGETHER' OUT FEBRUARY 7 ON BARSUK RECORDS
next article
SPILL NEWS: MORRISSEY RELEASES HIS NEW ALBUM ‘I AM NOT A DOG ON A CHAIN’ ON MARCH 20 VIA BMG 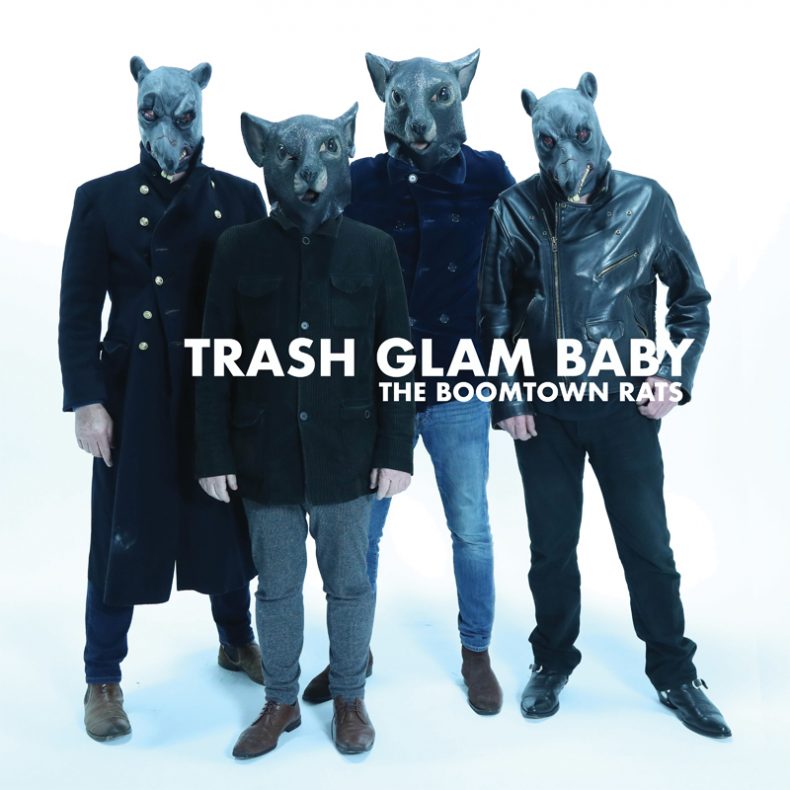 CITIZENS OF BOOMTOWN OUT MARCH 13

The Boomtown Rats unveiled the first new song from their forthcoming album ‘Citizens Of Boomtown’, today (1/10) via the BMG label.  Entitled ‘Trash Glam Baby’ the single is written by Bob Geldof and is produced by Rats bassist Pete Briquette. Performers on the song are original Rats – Bob Geldof on vocals, Pete Briquette on bass, Simon Crowe on drums and Garry Roberts on guitar – with the addition of Alan Dunn on piano and Darren Beale on guitar.

Says Bob Geldof: “Back then I’d written a song about the amazons I’d encountered making the scene in the late 1970s: ‘She’s So Modern’ was a hit. [“She’s so 20th century/She’s so 1970s”]. A millennium and 2 decades later down at the S-bend of the Kings Road, that squiggle that becomes the Worlds End and where those girls would inhabit Lloyd Johnson’s and Vivienne Westwood’s shops, the glam has gone and moved east. But Vivienne is still there. Now opposite and beside her shop Sex there are 3 decent charity shops. I go there to check out cool shirts etc. On a Saturday in 2017 there was a glorious kid of around 16/17 talking to her friend behind the counter. She was fabulous. Like a bastard hybrid of The New York Dolls and early Roxy Music. A sequined tramp. A living glitterball. They were moaning about it being Saturday and nothing to do and no money to do it with. The usual anthem of the bored weekend. She didn’t look consciously “retro” or anything, she looked wonderful and beautiful in that damned youth way. She wasn’t beautiful (but she was), a pleasant, normal girl from the blocks down the road, who intuitively understood the theatre of the self, which that peculiar part of the world has always engendered since….oh since the bohemians of the late 19th century through to the 60s and the Stones, the 70s and The Pistols, the 80s and Durans/Anthony Price shop and then – like the rest of the 90s – not much. But here she was again, doing that unique thing English teens uniquely do, a grumpy, normal English teenager being extraordinary, looking the bollox. She should be a song. Here she is. She’s so 21st century….”

The Boomtown Rats’ first new studio album in 36 years, ‘Citizens Of Boomtown’ will be released on March 13.  On the same date, Faber Music will publish a book of lyrics and reminiscences by Bob Geldof entitled ‘Tales Of Boomtown Glory’.

The Boomtown Rats will tour the UK in 2020. Tour dates below.

MAY
1 LONDON The Palladium
2 NEWCASTLE The Sage, Gateshead

Tickets are available now from https://www.ticketmaster.co.uk/boomtown-rats-tickets/artist/1837777