News
271
previous article
SPILL NEWS: LITTLE SCREAM RETURNS TO TORONTO ON MARCH 14 AT DANFORTH MUSIC HALL WITH LOCAL NATIVES
next article
SPILL MUSIC PREMIERE: THE HISTORY OF COLOUR TV - "AS GRAY AS PARK CAN BE" 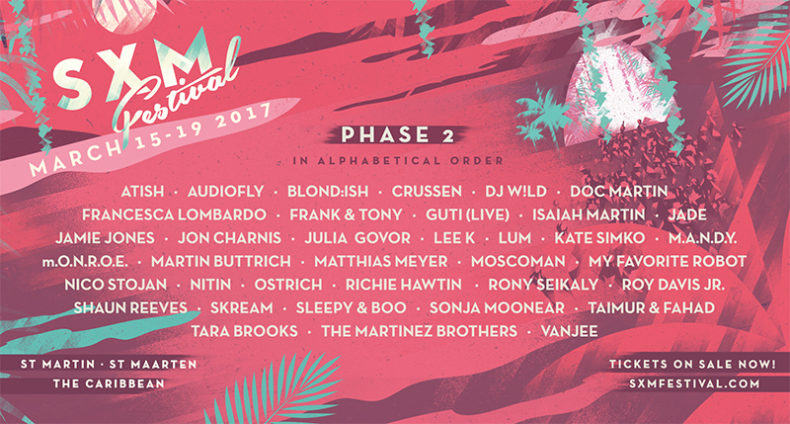 From March 15-19, 2017, the stunning paradise of St. Martin-Sint Maarten, a.k.a. SXM, will explode with the return of the Canadian-curated destination electronic music festival, SXM Festival. The internationally acclaimed festival returns for its second year to this unique Dutch-French Caribbean Island that is home to 37 beaches, unbelievable world-class sailing, nightlong casinos and discos, delectable French cuisine, and the island’s signature Guavaberry Rum and Liqueur. 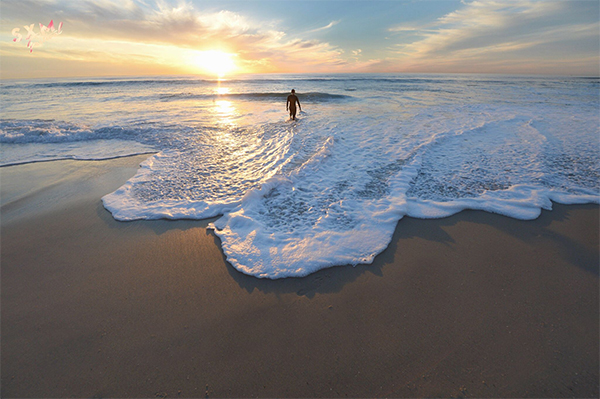 SXM Festival’s visionary Julian Prince has confirmed the day parties will be held at Happy Bay, a beautiful beach in the French island. The Festival Headquarters will remain at the chic Hotel Mercure (I fell in love with their hammock garden and beautiful artwork scattered throughout the property!). Plus last year’s magical VIP Loterie Farm party has been relocated to a five-star seaside villa overlooking the Caribbean ocean (as if the tranquil infinity pools and treetop DJ booth of Loterie Farm couldn’t get any better!). Prince explains he wants to showcase all beautiful parts of the island.

“We’ve been building the festival of our dreams and we’re so excited to host people from 100 different nations,” says Prince. “The second edition promises to be epic!” 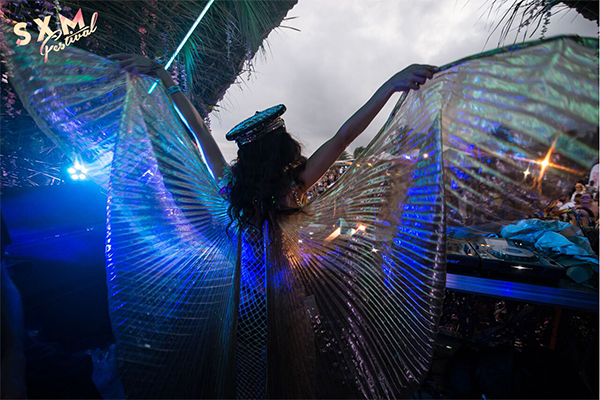 SXM Festival delivers longer sets than most electronic music festivals, a boutique vibe and a community that brings eco-generated stages, 90% reused material stage designs and a friendliness that I have not encountered at any other destination festival outside of old school Burning Man. These are but a few reasons why SXM Festival is touted as the “Most Beautiful Festival.” It is the one destination festival that you don’t want to miss. Get your ticket before it sells out!

Tip to the wise traveler: buy a $59 transportation shuttle – cabs are expensive, and driving is dangerous after a day of drinking and dancing in the sun. Bring USD if you are coming from outside Europe, much cheaper on the conversion and accepted almost 1:1 in most places. Also stay until the 20th or 21st to get your island time on. Be sure to check out the magical Butterfly Farm. It’s worth the drive. You won’t regret it!

Click HERE For Tickets and More Info on SXM Festival

Talia Wooldridge is an avid music lover, composer and ethnomusicologist who contributes artist interviews, live concerts, festivals and album reviews for Spill Magazine. She has written extensively on the intersection of music, personal identity and cultural symbolism with an early focus on Latin American Hip Hop and female Cuban rappers. In her spare time, Talia writes, composes music and manages Music Can Heal, a non-profit that brings live, award-winning musicians to inspire healing in hospitals, hospices and communities in need. Her next project is an interactive music-travelogue exploring music cultures and music travel around the globe. Follow her here: www.taliawooldridge.com + www.movetoyourownbeat.com.
RELATED ARTICLES
newsthe carribean