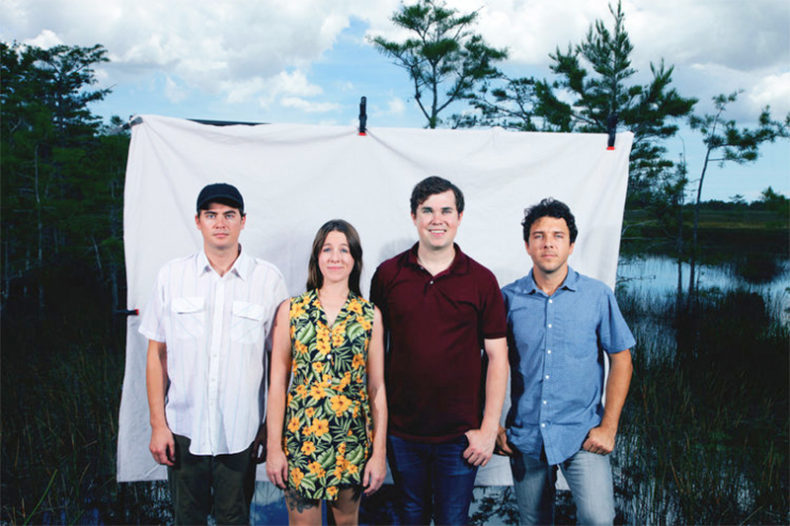 Snowdonia features the most narrative and autobiographical material Pitts has ever written, with “Carrier Pigeon.” Shortly after longtime Surfer Blood guitarist Thomas Fekete was diagnosed with cancer, Pitts’ mother was diagnosed with breast cancer and began undergoing chemotherapy. Inspired by her illness, “Carrier Pigeon” embodies his attempts to reconcile the love that he has for his parents with not always loving how they choose to see the world.

Snowdonia was written specifically with the band’s current lineup and new strengths in mind: wanting to play up guitarist Michael McCleary and bassist Lindsey Mills’ vocal skills, Pitts wrote layers of vocals into almost every track and added call-and-response parts between himself and Mills throughout the album. With enormous attention to detail, the eight tracks on Snowdonia make the album Surfer Blood’s most ambitious release yet.

SPILL NEWS strives to keep our readers up to date with news and events in the music industry. We keep you informed of the most recent information regarding new releases, tour dates, and information items about your favourite artists.
RELATED ARTICLES
astro coastjohn paul pittsjoyful noise recordings