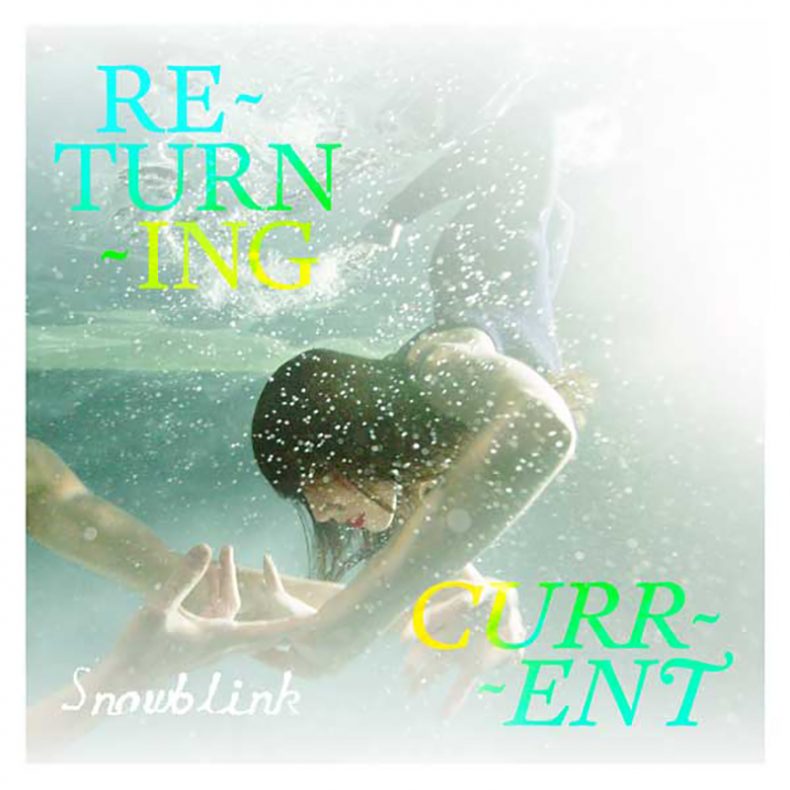 Snowblink’s newest collection of songs, Returning Current, is an unflinching study of human relationships – to self, to other, and to Other, and to the threat or actuality of losing those unrepeatable prizes. Set for release on September 9 via Outside Music, the Toronto / Los Angeles duo of Daniela Gesundheit and Dan Goldman recently performed a chill inducing set of three new songs from the album on CBC q.

Snowblink began the album recording process with a text based ‘mood board’ developed by Gesundheit to portray the sensations she wished to evoke in the production of the album. The musicians, producers, and engineers were faced with the task of sonically approximating themes of santa fe / arizona / palm springs / calypso disco / lots of space with bursts or ripples of sound.

Practically, this ambition meant that the band approached each song uniquely – here a full band live off the floor in a winter cabin, there a painstaking half-year-long process of revision, here a drum sample from years ago mixed with dozens of layers of analog synths and vocals. In sculpting the singular sound of Returning Current, no process was out of bounds – the band made themselves equally at home with a bevy of acoustic instruments, analog processes, or sample-based in-the-box production choices.

Earlier, the band shared album opener “How Now” and have now revealed “Feel Like A Man”, a song that “came out of a sort of ambition-exhaustion, a masculinity burnout – career-related, especially,” says Gesundheit. I wondered if other women felt similarly, that they had to figuratively and energetically be ‘in drag’ to get their voices heard. I pictured myself as a man, feeling both the elation and intense frustration of being powerful. The lyrics are buoyed above a repetitive synth pattern and relentless groove – a kind of echo of foot soldiers going out each day to conquer based on orders from above without being entirely clear on what the war is all about.”

What results is “mastery at its liquidiest” claimed Feist in a personal letter to the band. A collection of songs that find the speaker reporting, in the stark, James Blake-esque ballad “Second Sight”, that “the sky was kneeling on my back to pray,” or elucidating the slipperiness of desire, as in Returning Current. These are private songs, domestic songs, songs to be absorbed over time – unhurried, biological time, the passage of which helps us to survive ourselves.

Looking to the emotional intelligence of heavyweights like Nina Simone, PJ Harvey, or Violeta Parra, or poets Anne Carson and Fanny Howe, while adhering to the optimistic and playful presentation of ’80’s French pop duo Elie & Jacno, Snowblink manages a courageous strangeness, otherness, an optimal mismatch.

Snowblink begins a month long coast to coast tour on September 6 in St. John’s, NL. All tour dates are listed below.

SPILL NEWS strives to keep our readers up to date with news and events in the music industry. We keep you informed of the most recent information regarding new releases, tour dates, and information items about your favourite artists.
RELATED ARTICLES
how nowlos angelesnews