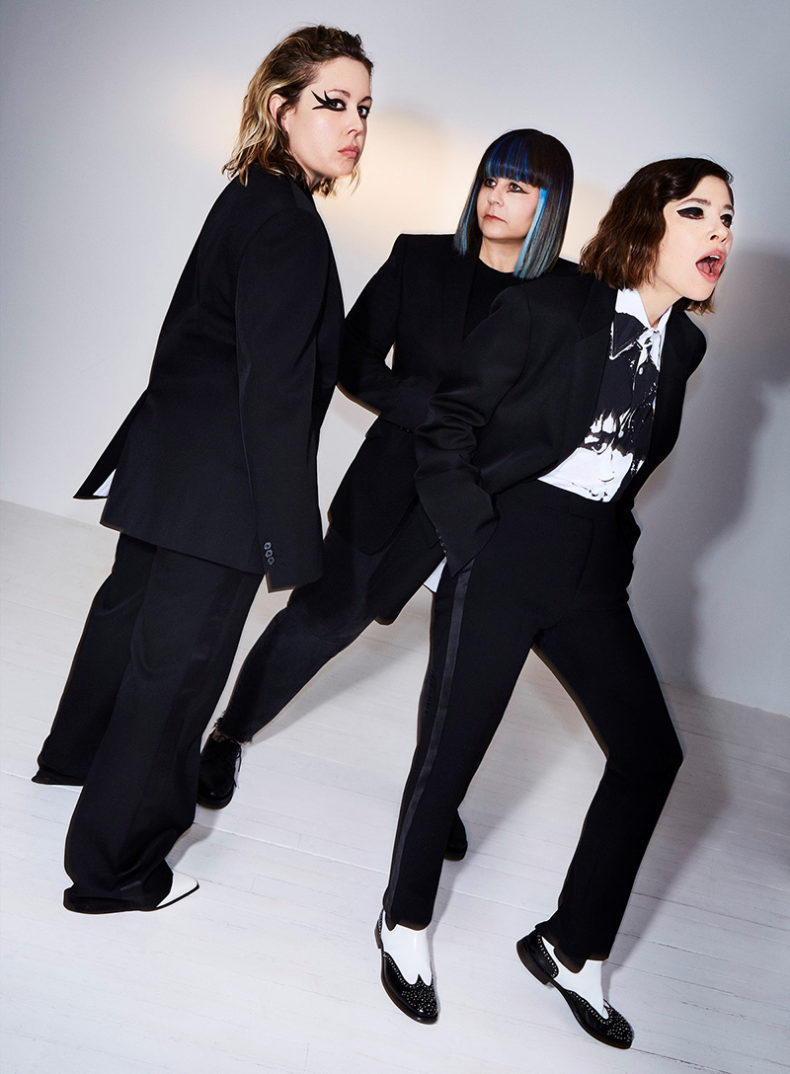 Today Sleater-Kinney release “Hurry On Home,” the first new music from the celebrated band since their 2015 album, No Cities To Love, available now on Mom + Pop. After years of legendary collaboration, rock’n’roll giants Carrie Brownstein (guitar/vocals), Corin Tucker (guitar/vocals) and Janet Weiss (drums) sound bigger and bolder than ever. The new track was produced by Annie Clark (St. Vincent) and is the first hint of more eagerly anticipated new music on the horizon. Stream/download the track here. Sleater-Kinney also have announced an extensive North American Tour (see dates below).

“Hurry On Home” is arresting from start to finish. Layered vocals lead into powerful and urgent instrumentation all culminating in a sprawling sonic listen. Lyrically the song unapologetically highlights vulnerabilities, touching upon being “unlovable, unlistenable, unwatchable.” The lyrics appear on striking posters of the band seen in and around New York City timed to the single release.

On the new music, the band comments; “I think for Carrie and Corin it was liberating to explore a different sound palette,” says Weiss. Brownstein adds, “Instead of just going into the studio to document what we’d done, we were going in to explore and to find the essence of something. To dig in deeper.” Tucker says working on the new music “was like this manic energy of empowerment.”

Sleater-Kinney set a new bar for punk’s political insight and emotional impact. Now, at the height of their formidable powers, the three feminist icons continue to challenge themselves, break all the rules and push boundaries. This new creative chapter in the acclaimed band’s musical journey is poised to win over both longtime admirers and new fans alike.

SPILL NEWS strives to keep our readers up to date with news and events in the music industry. We keep you informed of the most recent information regarding new releases, tour dates, and information items about your favourite artists.
RELATED ARTICLES
mom+popnewssleater-kinney
7.0