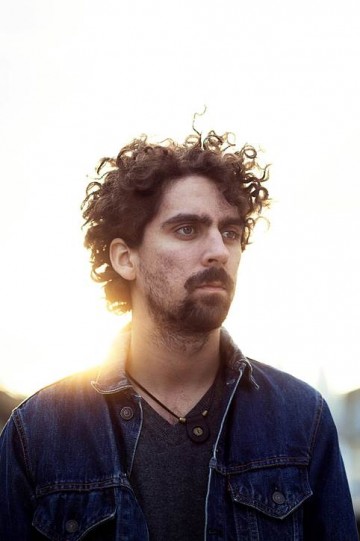 Sam Cash’s new album Tongue-In-Cheek Vows perfectly captures that moment when a young artist and his cohorts find their collective voice and suddenly realize that there are no limits to what they can accomplish together. The explosive opening track “Cast Away” serves notice that this isn’t just another singer/songwriter-fronted band. With Cash’s unflinching poetry riding atop The Romantic Dogs taut exuberance, Tongue-In-Cheek Vows is a gimmick-free, melodic masterpiece—tipping its hat to an era when conviction was measured by the amount of sweat and blood exuded on stage, and in the studio.

Set for release on March 25 via Cameron House Records, Tongue-In-Cheek Vows is Cash’s third album and the second with the Romantic Dogs. It follows the group’s acclaimed 2013 debut, Stand Together, Fall Together, an album that earned more attention than even Cash was hoping for, given how spontaneously it was made. While the rambunctiousness that drew fans and critics to that album is on full display, Cash chose to take more time to develop Tongue-In-Cheek Vows. Working in tandem with producer and bona fide Canadian alt-rock legend Ian Blurton (Change Of Heart, C’Mon, Public Animal), Cash and the Dogs have served up 11 tracks brimming with lyrics as razor-sharp as the performances driving them. Those who have followed Cash’s development to this point are sure to be stunned by the self-awareness and insight into the human condition embedded in songs like the album’s first focus track “Tossing & Turning” as well as “That Was The Summer” and “Carmen,” from which the album’s title was drawn.

“I really wanted this record to be a statement, and I gathered all the best material I had on hand for it, including some songs I purposely didn’t want to put on the last album,” Cash says. “It felt good to be able to involve the band more on this one too, considering we’d made Stand Together, Fall Together in basically two days. Everyone worked really hard and there was a great exchange of ideas.”

Cash views Tongue-In-Cheek Vows not just as a mere coming-of-age document, but a symbol of how he has embraced the craft of songwriting itself. “These songs were written during a three or four year period starting when I was 19, which is a pretty exciting time for anyone,” he says. “But what I love most about songs are those moments when you hear something and it hits you in a very specific way, and you’re not even thinking about what the writer’s intentions are. That’s the ultimate effect I would like my music to have on people, when they can make their own connection, which is just as real and meaningful as what was in my head when I wrote the song.”

Those who have been around long enough will undoubtedly hear echoes of Cash’s father Andrew Cash, part of Toronto’s original punk rock community and later one of Canada’s most respected singer-songwriters. Yet, from the time Sam launched his own music career in his late teens, he’s forged his own uncompromising path toward establishing a name within the Toronto underground rock scene, and building his band into one of the most formidable live outfits in the city. To see it for yourself, catch Sam Cash & The Romantic Dogs on tour across Canada with Lee Harvey Osmond and Electric Six beginning on February 13. Full tour dates can be found below with more dates to be added shortly.

SPILL NEWS strives to keep our readers up to date with news and events in the music industry. We keep you informed of the most recent information regarding new releases, tour dates, and information items about your favourite artists.
RELATED ARTICLES
electric sixlee harvey osmondnews
8.0