SPILL NEWS: SAID THE WHALE ANNOUNCE “AN EVENING WITH” TOUR IN CANADA FOR APRIL 2016 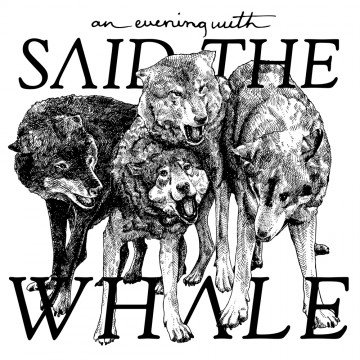 Vancouver’s SAID THE WHALE will be touring Canada in the spring of 2016 in a reverse engineering exercise to road test new material for their next album. The Juno-award winning group have committed to a tour with a full set of songs that literally haven’t been written yet. Specifically selecting smaller, more intimate venues for the April and May dates, each night will be “an evening with” Said The Whale featuring a set of brand new material, followed by a set of Said The Whale classics.

Band frontman, Tyler Bancroft noted: “In a way, this tour serves as a deadline for us to finish some new songs. In the past we’d return home from tour being able to play and relate to our news songs much better than when we first recorded them. So, this tour will be a way to test out new songs and work them out in a live setting before we head into the studio this summer. It can be difficult winning over a crowd with all new material. This is going to be an exciting challenge.”

Tickets for the tour are now on sale.

SPILL NEWS strives to keep our readers up to date with news and events in the music industry. We keep you informed of the most recent information regarding new releases, tour dates, and information items about your favourite artists.
RELATED ARTICLES
newssaid the whaletour dates

by SPILL NEWS on January 19, 2020
BORN RUFFIANS PEN PERSONAL LETTERS TO THEIR TOP FANS WITH EXCLUSIVE NEWS OF THEIR NEW ALBUM JUICE OUT [...]