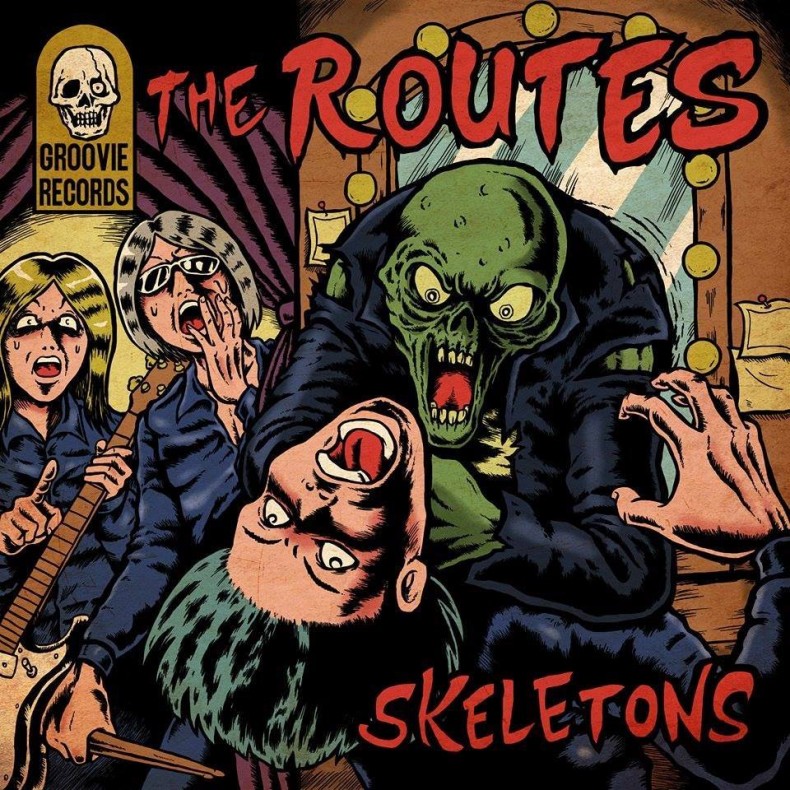 There’s a huge number of great bands in Japan right now and one of the best is right here, right now. With a sound that’s tough, breakneck yet soulful, there’s also real proper tunes coming from this trio. Yeah, this is freaked-out 100mph fuzz-bucket guitar garage rock’n’roll, and all executed with more than the usual amount of frenziedly primitive zeal, but it’s all delivered by people who actually know what they’re doing, who know how to play their instruments. This is no thrashing around garage-punk-by-numbers.

A review of their debut album (on Irish-based label Motor Sounds) said: “Now, with most garage bands you get the impression that they suffer from a fondness for music equipment porn. Gotta get the right pedals, the right sound, the right mixing desk…not these guys. This is clearly a band with some amps, some instruments and a volume control set to loud. There’s bleed all over the place, the vocals are scratchy (in a punching-the-air way) and the drummer is tight’n’loose. This band is fuggin’ ace. Not only that, but they’re clearly skilled musicians… not in a prog way of course.. that wouldn’t do. But the solos that leap outta each song could easily come from a vintage Yardbirds LP.”

Their debut single on Dirty Water, “Do What’s Right By You”, is a big crunchy blues punk stomp that got the old garage-rock fans as well as indie kids new to real rock’n’roll foaming at the mouth. A truly raucous romp of frenziedly frazzled greasy rhythm’n’blues wailing racket that cuts through all other current bands like a razor blade through butter.

With the sheer number of great bands coming out the Land of the Rising Sun right now, we could be seeing all things Japanese becoming the next big thing. You’d do well to jump on board now, grab your cool cred points, and be able to say, “We told you about ‘em first!”

SPILL NEWS strives to keep our readers up to date with news and events in the music industry. We keep you informed of the most recent information regarding new releases, tour dates, and information items about your favourite artists.
RELATED ARTICLES
dirty water recordsnewstour dates
8.0

by David MacDonald on July 6, 2019
Les Bof! Voila! Dirty Water Records Worshipping at the altar of proto-garage rock and yé-yé, Franco-Scottish quartet Les Bof!, have returned from an eight-year hiatus with Voila!, their second [...]
8.0

SPILL SINGLE REVIEW: THE CRETINS – “HAVEN’T GOT A CLUE” (SINGLE)

by Gerrod Harris on March 31, 2019
Various Artists The New Testament Dirty Water Records Whether you’re an angsty teen looking to frighten your uptight parents or an aging punk who refuses to sell out to the [...]