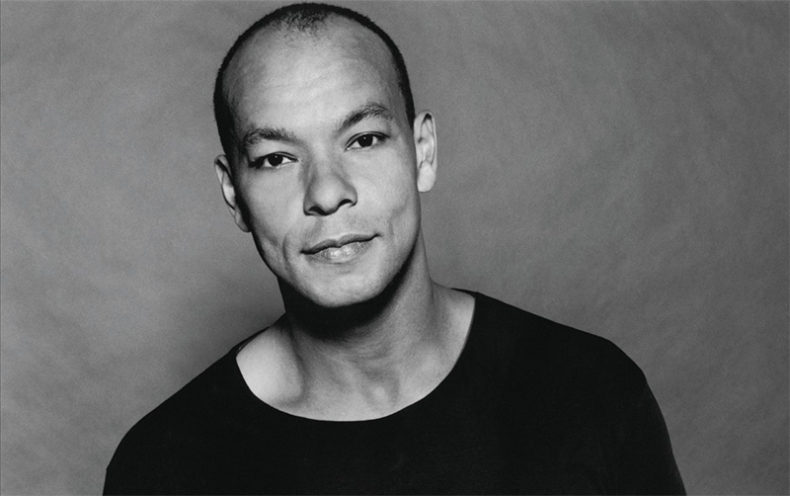 Roland Gift, one of modern music’s true torchbearers and the charismatic front man of the  Fine Young Cannibals, is back in the pop arena with his new solo album, the self-titled Roland Gift.  Gift’s distinguished career has expanded in recent, post-FYC years to include critically-lauded film acting and musical score work.  Roland Gift marks a triumphant return to pop music’s front line, where Gift’s talents and unique style have long established him as one of the genre’s trailblazers.  A great voice never goes out of style, and Gift’s trademark vocal prowess is both timeless and strikingly ahead of his time.

During the making of the new album, Gift took time out to work on the latest entry in his other illustrious career, a film resumé that includes Sammy And Rosie Get Laid, Tin Men (for which FYC also supplied the music, at the special request of director Barry Levinson), and Scandal. Gift’s most recent acting work is for the forthcoming The Island of the Mapmaker¹s Wife, directed by Michie Gleason, for which Roland put recording on hold for two months, while on location in Amsterdam with the production. Gift readily admits to a happy balancing act between the two disciplines. “When I first started, I wanted to be an actor.  That’s one of the reasons I came down to London from Hull. But most people I know have been in a group sometime in their life. The first punk band I was in [the Acrylic Victims] got a bit of notoriety, released a couple of singles,my music focus grew from there.”Gift looks forward to more live shows, where he will perform the new songs from Roland Gift and some classic fan favorites. “There are a lot of people who liked the Cannibals who never saw songs like ‘She Drives Me Crazy’ in concert, and since I wrote them as well, I’ll definitely do some Fine Young Cannibals songs.”

“It’s a great feeling when you’ve got a big record and you go out onstage and thousands of people have come to hear you play for them. It’s like having a party and loads of people come because they want to have a party with you.”

Roland wrote “Say It Ain’t So” on acoustic guitar. “In the Cannibals, I didn’t write with the guitar, but since then I’ve started writing with it. Everything sounded better with an acoustic.” “Tell Me You Want Me Back” has a pop-soul groove that Gift says still sums up his style. “Soul is a funny word, all kinds of music can have soul. If it touches you and inspires you, any kind of music is entitled to be called soul music. And it is definitely poppy as well, maybe because it’s melodic, it’s poppy in the way Bacharach-David songs are poppy – they’re very soulful as well.”

SPILL NEWS strives to keep our readers up to date with news and events in the music industry. We keep you informed of the most recent information regarding new releases, tour dates, and information items about your favourite artists.
RELATED ARTICLES
newsshe drives me crazysuspicious minds