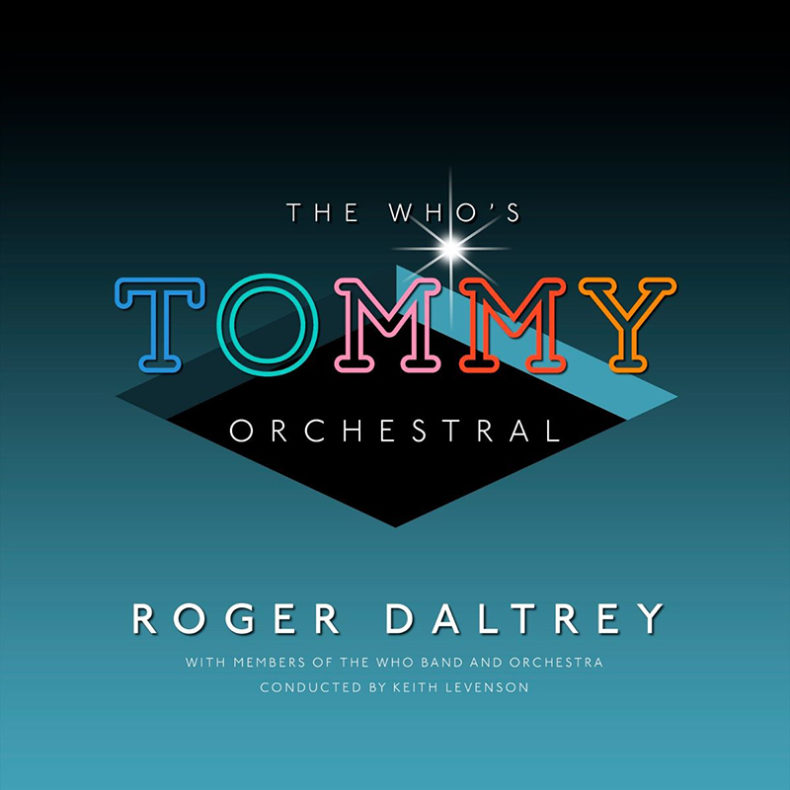 In the of Summer 2018, Roger Daltrey and his band toured the USA performing The Who’s classic album ‘Tommy’ with some of the finest symphony orchestras that America has to offer, an experience that Daltrey described as ‘magical’.

Featuring a bold new orchestration by the renowned composer and arranger David Campbell (who has worked with Adele, Radiohead, Bob Dylan, Metallica, Carole King and his son Beck to name a few) this incarnation of Tommy celebrates the 50th anniversary of the album’s first release.

The album, which was recorded in Budapest and Bethel in upstate New York, the scene of the first Woodstock festival 50 years ago, was produced by Roger and Keith Levenson (who worked on the touring version of the Tommy Musical) and features the core band of Simon Townshend – Vocals / Guitar, Frank Simes – Guitar, Scott Devours – Drums, Jon Button – Bass, and Loren Gold – keyboards, all of whom have played with The Who live. Keith Levenson conducted The Budapest Scoring Orchestra from new orchestrations by David Campbell.

Since it was first debuted at Ronnie Scott’s Jazz Club in Soho London in early May 1969, Tommy has had many different live outings; it was performed in full at the Woodstock and Isle Of Wight Festivals in 1969, it was the basis for a ballet in Canada in 1970, it was a full-blown opera in Seattle in 1971, in 1972 it was recorded as an orchestral piece by the London Symphony Orchestra featuring Stevie Winwood, Rod Stewart, Richie Havens, Pete Sellers and Ringo Starr, there was the infamous 1975 movie directed by Ken Russell starring Elton John, Eric Clapton, Tina Turner, Ann Margaret, Oliver Reed, Jack Nicholson and Roger Daltrey. After that, the band didn’t perform it again until 1989 in Los Angeles when guests such as Phil Collins, Billy Idol, Elton John & Patti Labelle were part of the show. In 1993 the musical version opened on Broadway and won five Tony awards before transferring to The West End where it went on to win three Olivier awards.

The band played it in full, for what they have said is the last time for the Teen Cancer Trust at The Royal Albert Hall in 2017 but will be performing parts of their classic rock opera when they play London’s Wembley Stadium on July 6th with a full symphony orchestra.

Roger Daltrey on Tommy’s enduring appeal after 50 years and why it sounds better with an orchestra ‘Pete’s music is particularly suited to being embellished by the sounds that an orchestra can add to the band. Tommy can mean whatever you want it to mean, I use the characters in it as metaphors for parts of the human condition, so it’s a kind of a story of the human spirit. Even though it is 50 years on, I approach it as though I’m singing it for the first time.’

SPILL NEWS strives to keep our readers up to date with news and events in the music industry. We keep you informed of the most recent information regarding new releases, tour dates, and information items about your favourite artists.
RELATED ARTICLES
newspolydor recordsroger daltrey