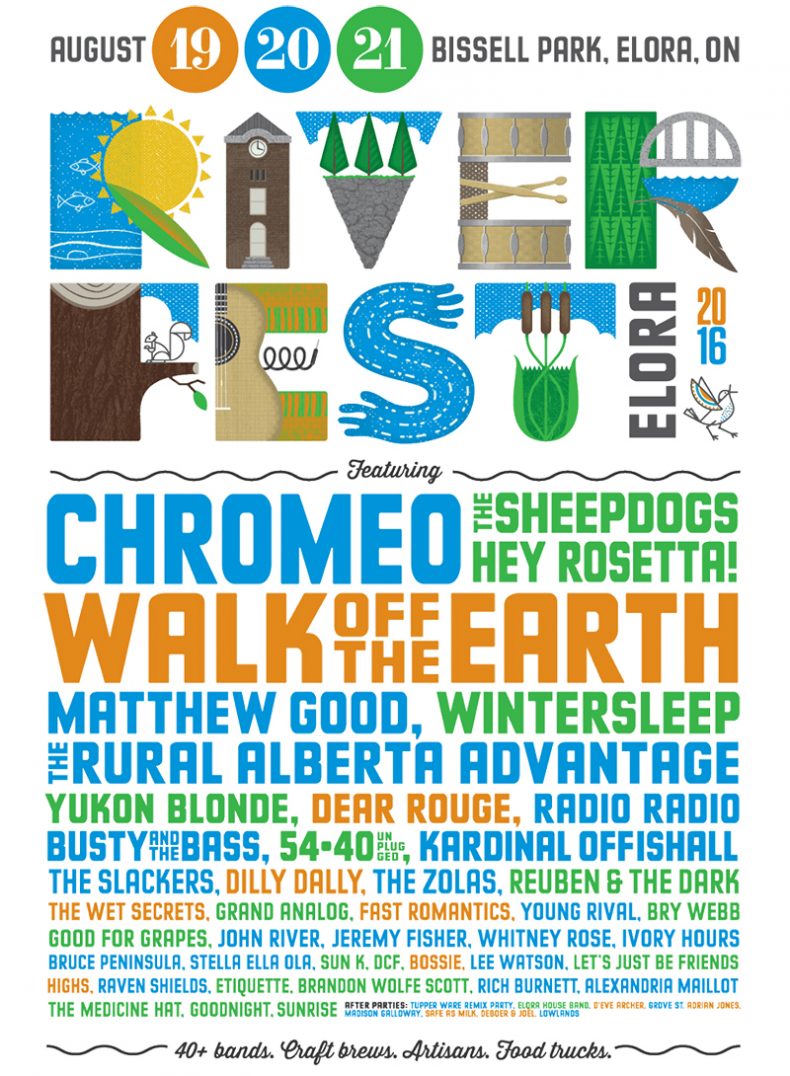 HEADLINERS INCLUDE WALK OFF THE EARTH, CHROMEO AND THE SHEEPDOGS

Riverfest Elora has announced the lineup for its 2016 installment which is set to take place at Bissell Park in Elora ON, August, 19, 20 and 21.

The outdoor festival, held along the banks of the Grand River, has come a long way since its humble beginnings just eight years ago. Riverfest, which started as a backyard festival in 2009 with an attendance of around 700 people, has grown exponentially in recent years and saw crowds of over 5000 a day during the last few installments.

Following the successes of 2014 and 2015, which included performances by Blue Rodeo, Metric, Serena Ryder, Charles Bradley, Sharon Jones, Sam Roberts Band, Shakey Graves, Tokyo Police Club, Arkells, New Pornographers, Donovan Woods, Bahamas and more, Riverfest Elora is enjoying the continued support it has been receiving through its ongoing community and artistic partnerships and the unwavering support of its’ regional community.

SPILL NEWS strives to keep our readers up to date with news and events in the music industry. We keep you informed of the most recent information regarding new releases, tour dates, and information items about your favourite artists.
RELATED ARTICLES
chromeodilly dallyhey rosetta!
7.0