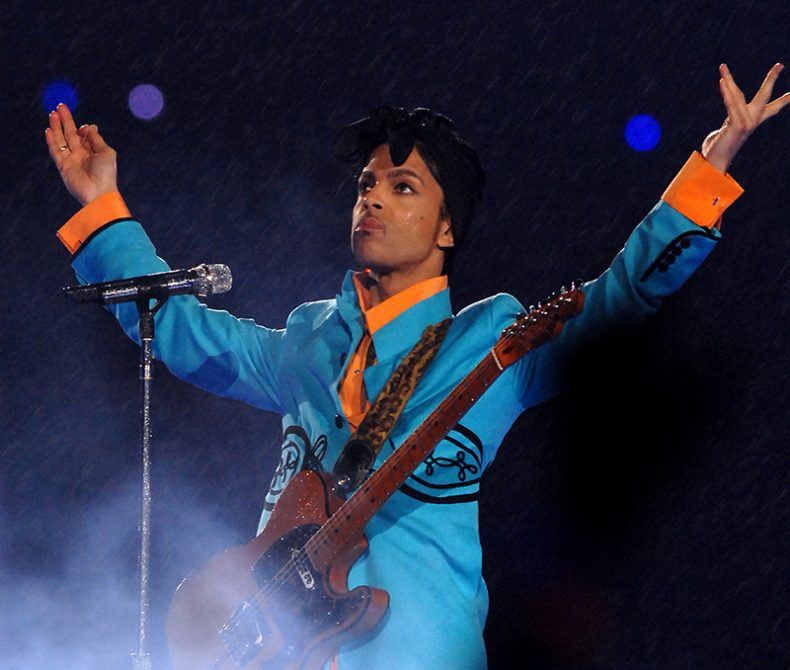 Prince (b. Prince Rogers Nelson), the prolific recording artist and electrifying performer, died on Thursday at the age of 57 at his Paisley Park estate in Minneapolis.

His publicist, Yvette Noel-Schure, confirmed his death, but has yet to release the cause.

Last week he was hospitalized after his private plane made an emergency landing in Moline, Illinois. However, after three hours the singer was released and flew back to his home.

Throughout his fertile career he would often produce, write, and play every instrument on his albums, making him one of the first successful one-man-bands in pop music; paving the way for artists like Beck and Kevin Parker. 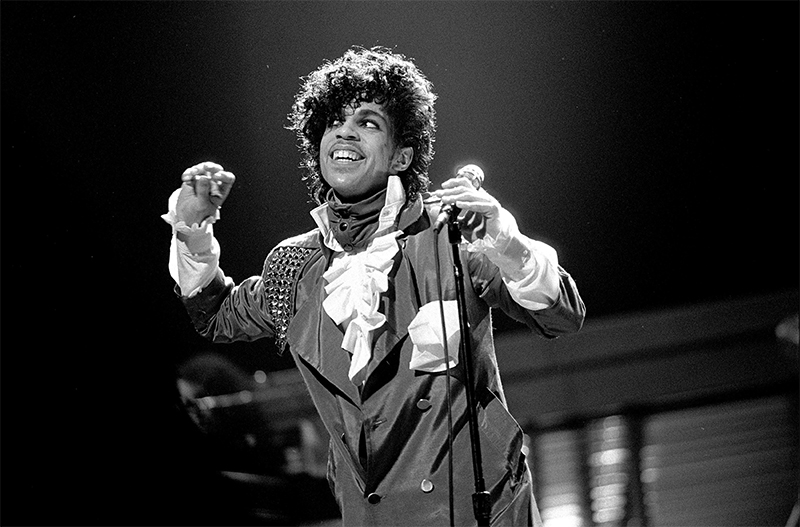 “When I first started out in the music industry, I was most concerned with freedom. Freedom to produce, freedom to play all the instruments on my records, freedom to say anything I wanted to,” Prince said in 2004, when he was inducted into the Rock and Roll Hall of Fame.

He was born Prince Rogers Nelson on June 7, 1958 in Minneapolis, Minnesota. Born into a musical family, his father was a pianist and songwriter while his mother was a jazz singer, it seemed natural that he would inherit some of his parents’ talent.

By his mid teens Prince was a prodigy, having mastered piano, guitar and drums, while soaking up the music of Jimi Hendrix, Miles Davis, Joni Mitchell and Sly & the Family Stone. The singer began performing with the band 94 East and also began developing material as a solo artist.

He made his recording debut on Warner Bros. with the album For You at the age of 19, though the album did not chart well, nor did it produce any hit singles. 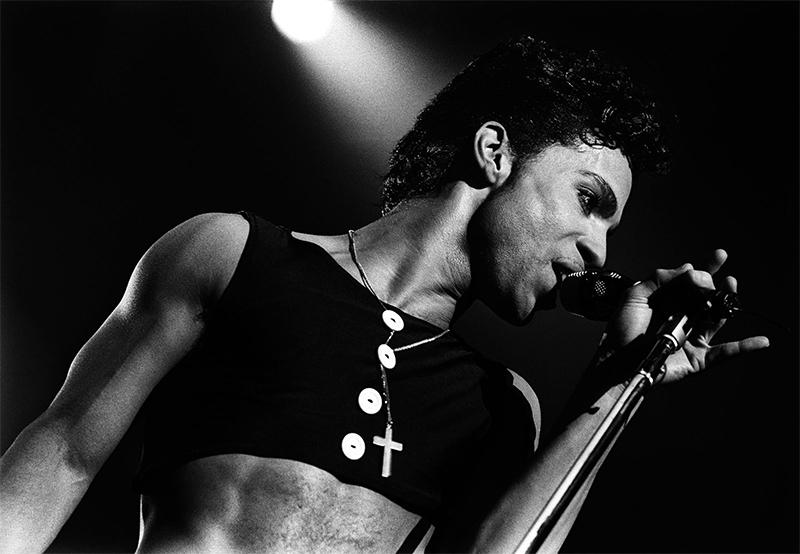 However, the following year Prince released the disco hit “I Wanna Be Your Lover” which went to number one on the R&B charts.

It wasn’t until the 1980s, however, that he hit his stride. Albums such as Dirty Mind and Controversy earned him several hit singles, but it was his 1982 double-album 1999 that gave him his initial success in pop music.

Prince became a superstar in 1984 when released his biggest-selling album, Purple Rain, as a soundtrack to the hit movie of the same name in which he starred. The album yielded several hits for the artist including the title track, “Let’s Go Crazy” and “When Doves Cry.”

After his new-found success he followed up with the psychedelic Around the World in a Day, which featured “Raspberry Beret,” and the following year he released Parade, which spawned fan favourite “Kiss.”

In 1993, he became the “Artist Formerly Known as Prince” and used the stage name of an unpronounceable logo that combined both the symbols of male and female, a nod to his androgyny. He would eventually return to his birth name in 2000.

In 1996 he ended his contract with Warner Bros. after nearly two decades and subsequently began releasing music on his own label NPG, starting with the three-CD set Emancipation. 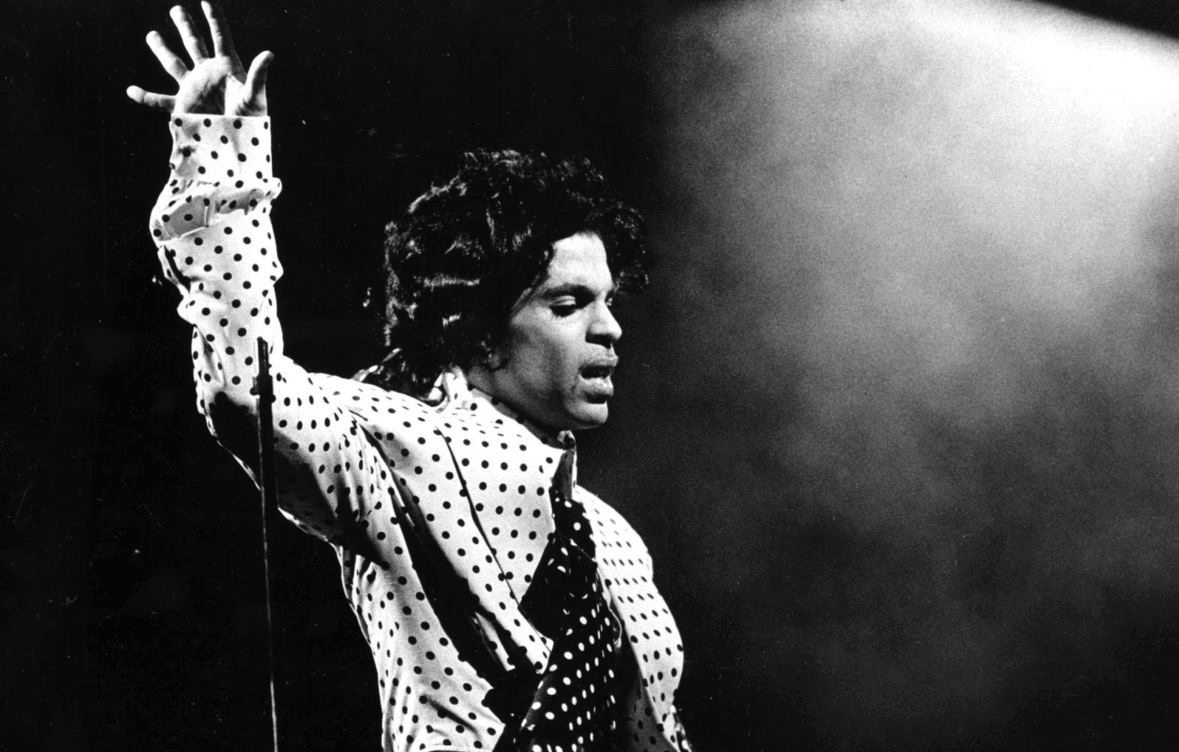 In the early 2000s Prince began experimenting with jazz and instrumental-orientated music until the release of Musicology in 2004, which saw the artist return to a more pop-based format. The album would also earn him a Grammy for Best Male R&B Vocal performance for the track “Call My Name.”

When online music streaming websites began to rise in popularity, he became increasingly outspoken against them as he viewed them as a form of piracy (you’ll be hard-pressed to find any of his music videos on YouTube).

While the singer led a very private life, he has been romantically linked to several celebrities including Sheila E., Kim Basinger and Carmen Electra. In 1996, Prince married dancer Mayte Garcia. Their son, Boy Gregory was born the same year but died after a week due to Pfeiffer syndrome. The couple divorced in 1999. Two years later he married Canadian Manuela Testolini and became a Jehovah’s Witness. During this time Prince had a house in Toronto. “I love Toronto,” he later told the Canadian Press. Prince and Testolini divorced in 2006.

After learning of the artist’s passing, fellow musicians such as Madonna, Nile Rodgers and Elton John have paid tribute to the iconic musician. John went on to say that Prince was the “greatest performer I have ever seen.”

“Prince was a revolutionary artist, a wonderful musician and composer,” tweeted Rolling Stones frontman Mick Jagger. “He was an original lyricist and a startling guitar player. His talent was limitless. He was one of the most unique and exciting artists of the last 30 years.” 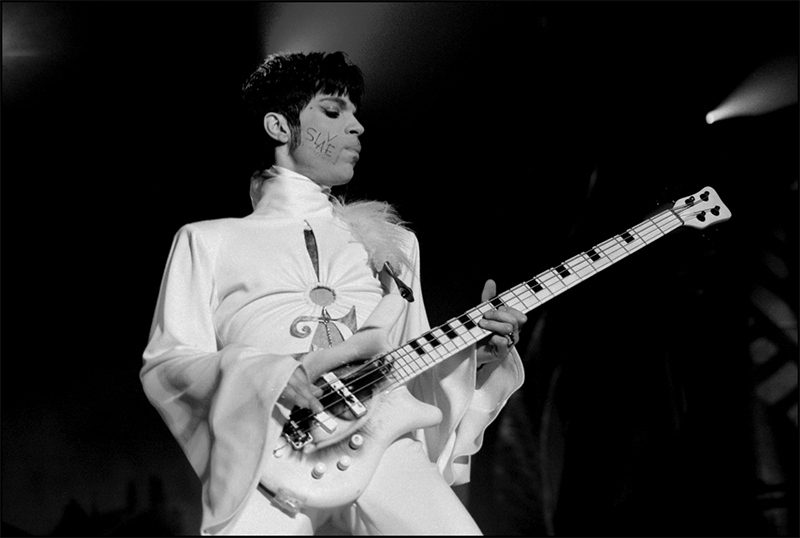 MUCH CELEBRATES THE MUSIC LEGEND WITH 24-HOUR TRIBUTE, PRINCE ON MUCH, THIS SUNDAY, APRIL 24

#PurpleTears flowed as the world said goodbye to a music icon yesterday. Much marks the profound legacy of the genre-defying artist with PRINCE ON MUCH, a 24-hour tribute on Sunday, April 24 beginning at 6 a.m. ET. With more than 100 million records sold around the globe, Prince’s innovative sound and eccentric stage presence influenced artists and inspired fans for decades. A truly gifted musician, songwriter, producer, and actor, Prince blended jazz, funk, R&B, disco, and rock, winning seven Grammy® Awards and an Oscar® for his work in the 1984 film, Purple Rain.

As a child growing up in the suburbs, Ryan found music as a way to soothe his boredom. After first hearing AC/DC at the age of 10, he was hooked on music. Tracing its roots to the ‘50s, he became obsessed with Elvis, Buddy Holly and Chuck Berry. Somehow that led to grunge, then psych-rock, then jazz, etc. The list goes on and on and his collection of vinyl records continues to grow.
RELATED ARTICLES
deathmemorialnews