SPILL NEWS: WHICH RAPPERS BRAG THE MOST ABOUT THEIR RIDES? 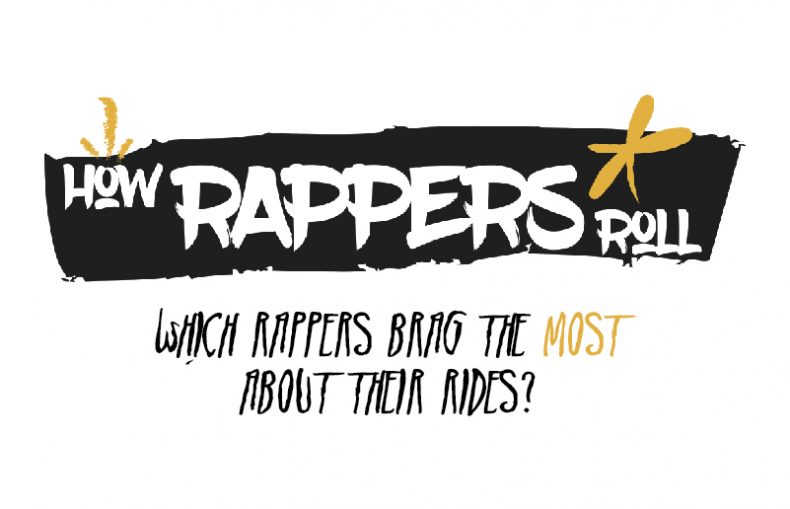 RAPPERS ADORE THEIR CARS. NATURALLY. BUT WHO MENTIONS THEM THE MOST IN THEIR SONGS?

So, it turns out it’s The Game with 473 mentions (?!). It does make you wonder if any of those were product placements.

The LA rapper’s penchant for flashy rides should come as little surprise, but the fact that famed lyricist Nas sneaks into the top 10 (153 mentions) is certainly a head-turner.

And here are the top-five most rapped-about brands and models in hip hop:

Cadillac: Filtering for brands illustrates how hip hop’s association with cars has endured since its’ formative years: both Kurtis Blow’s The Breaks (hip hop’s first gold record) and Drake’s Child Play (from his 2016 album) pay homage to Cadillac.

Benz: A 300SL model was used in Kanye West’s video to Diamonds from Sierra Leone to smash through a shop window.

Ferrari: Most rappers, including Gucci Mane and Kanye West, can’t resist this speedy Italian ride. Often shortened to ‘Rari’ in songs, Ferrari is a go-to brand for stylish transportation as well as lyrical inspiration. Atlanta rapper T.I. famously owns one, but he’s likely to have his ride seized by the IRS for tax evasion offenses according to the Daily Mail.

Bentley: The Bentley is a favourite among rappers, with the likes of Soulja Boy, Rick Ross, Fabolous and T.I. stashing them in their garages – although none stand out more so than Nicki Minaj’s bright pink Continental. It often appears in music videos, including Drake’s Started From The Bottom.

Porsche: Porsche was notably featured in the song and video to Hey Porsche in 2013, in which Nelly drives a vintage 356 model. The Porsche is so popular among rappers that the music stars are doing what they can to stand out, such as The Game who regularly re-paints and re-rims his Panamera every two months!