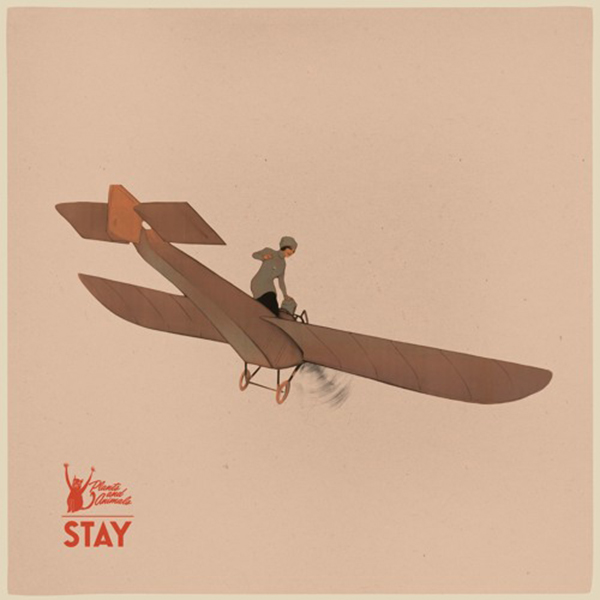 In the video, three dancers are following their hearts in two different cities: on the sunny streets of Tel-Aviv and in the snowy woods of Montreal. The video is fresh, fun and human. It expresses some strong internal feelings that everybody has – in an external, visceral way. Plants and Animals wanted to make a video that is dancing the dance, which is dancing to the music.

Director Hanako Hoshimi-Caines says about the video: “We were really curious to see what would come back if we sent the dancers a simple score asking for specific shots but ultimately asking them to pull out their chops, show us their hearts and dance the song. Then we’d edit it together and voila. So it was about seeing three individuals really engage themselves in the making and feeling of movement through the song, in order to get a physical sense of the music.”

Waltzed In From The Rumbling Track Listing:

SPILL NEWS strives to keep our readers up to date with news and events in the music industry. We keep you informed of the most recent information regarding new releases, tour dates, and information items about your favourite artists.
RELATED ARTICLES
newsplants and animalssecret city records

by SPILL NEWS on March 31, 2021
MY BLOODY VALENTINE SIGN TO DOMINO FULL CATALOG AVAILABLE DIGITALLY FOR THE FIRST TIME EVER Domino are immensely proud to [...]

by SPILL NEWS on March 20, 2021
KANSAS TO RELEASE POINT OF KNOW RETURN LIVE & BEYOND ON MAY 28 INSIDE OUT MUSIC KANSAS, America’s legendary progressive rock band, will release their [...]