SPILL NEWS: PHANTOGRAM AND THE VELDT TO EMBARK ON EAST COAST TOUR MARCH 11-17 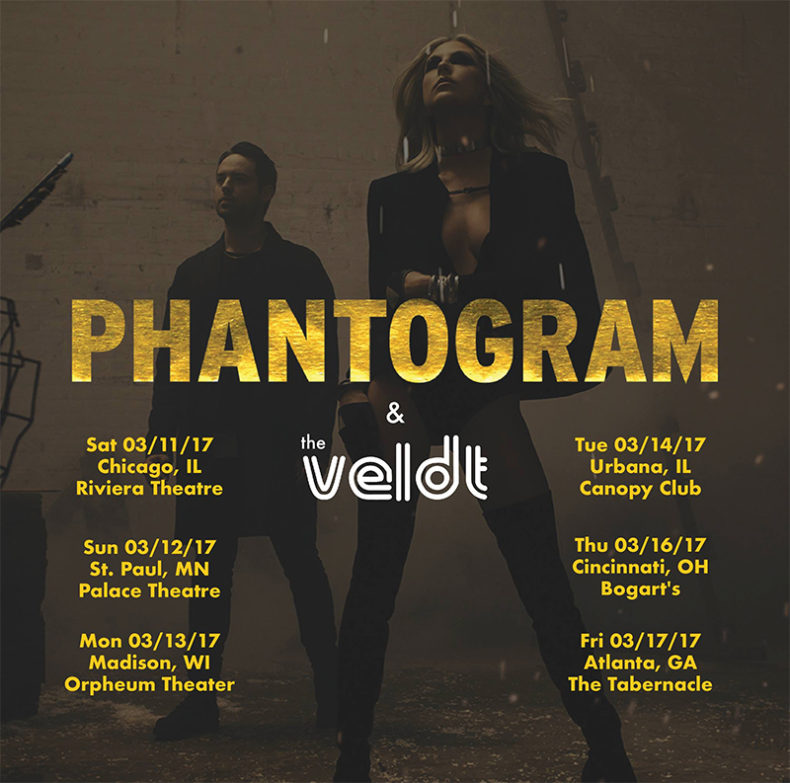 Alternative pop icons Phantogram and shoegaze alternative soul pioneers The Veldt have announced they will play six exclusive U.S. East Coast cities before the former departs for their European tour. The duo will again return to the U.S.A. in mid-April for two separate appearances at Coachella.

Phantogram is touring in support of their recently released their third studio album Three (Republic Records). Consisting of Josh Carter (guitars) and Sarah Barthel (keyboards), the duo formed in 2007. On Three, they take their sound in an enthralling, darker direction, adding new textures to their signature style. This album represents a new creative peak they’ve been building towards for nearly a decade. The latest chapter in the duo’s impressive ascent to the forefront of alternative pop, this iridescent record glows with warmth even as it explores the desolation of personal pain. This is also proof that nothing, at this point, can hold them back.

The Veldt are touring in support of their EP The Shocking Fuzz of Your Electric Fur: The Drake Equation – the band’s first new recording in fifteen years, which will be released worldwide on June 2 via Schoolkids Records, home to artists such as Adam Franklin & Swervedriver, Tommy Keene and Bettie Serveert with a history of collaboration with artists such as New Model Army, Daniel Lanois and Emm Gryner. 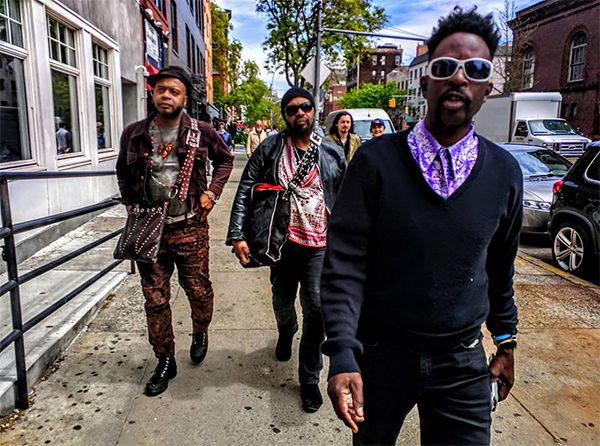 The Veldt formed in the late 80’s in Raleigh amongst the royalty of the legendary North Carolina music scene, including bands such as Superchunk, Archers of Loaf, The Connells, Dillon Fence, The dBs, Squirrel Nut Zippers, and Ryan Adams. Pitchfork recently included their album Afrodisiac in the top 50 shoegaze albums eve released. Today their musical output is in the same ballpark as A.R.Kane, Cocteau Twins, Massive Attack, and Jesus & Mary Chain.

Signed to Capitol Records in 1989 and eventually Mercury Records, The Veldt embarked on a musical journey that changed their lives. The soon found themselves in the studio with dream-gaze guru Robin Guthrie, touring America with Cocteau Twins and the UK with The Jesus and Mary Chain and working with leading producers Lincoln Fong of Moose on their debut album ‘Marigolds’ and Ray Schulman (Bjork, Sugarcubes, The Sundays) on Afrodisiac. The Veldt were a sensation from the start and part of a movement of innovators, who came of musical age at a time when rhythmic rebels were reflective, gritty and wild. Their sound inspired future generations of alternative artists, including TV On the Radio.

The Veldt have collaborated with TV On The Radio, Mos Def, The Jesus & Mary Chain, Lady Miss Kier (Deee-Lite), and most recently with A.R.Kane, and have shared the stage with the likes of The Pixies, Throwing Muses, Echo & The Bunnymen, Cocteau Twins, Manic Street Preachers, The Jesus and Mary Chain, Oasis and Living Colour.

The band reformed in 2016 and their new EP started to make the rounds with a 2016 vinyl release via Manchester’s Leonard Skully Records. Their return was met with incredible enthusiasm and significant press attention, including from The Guardian (UK), who say “the new songs invite paradoxical praise: serenely assaultive and vertiginously soothing.” In the past year, the band did a mini-tour with The Brian Jonestown Massacre, embarked on two Canadian tours, toured and played multiple festivals across Europe.

SPILL NEWS strives to keep our readers up to date with news and events in the music industry. We keep you informed of the most recent information regarding new releases, tour dates, and information items about your favourite artists.
RELATED ARTICLES
newsphantogramthe veldt