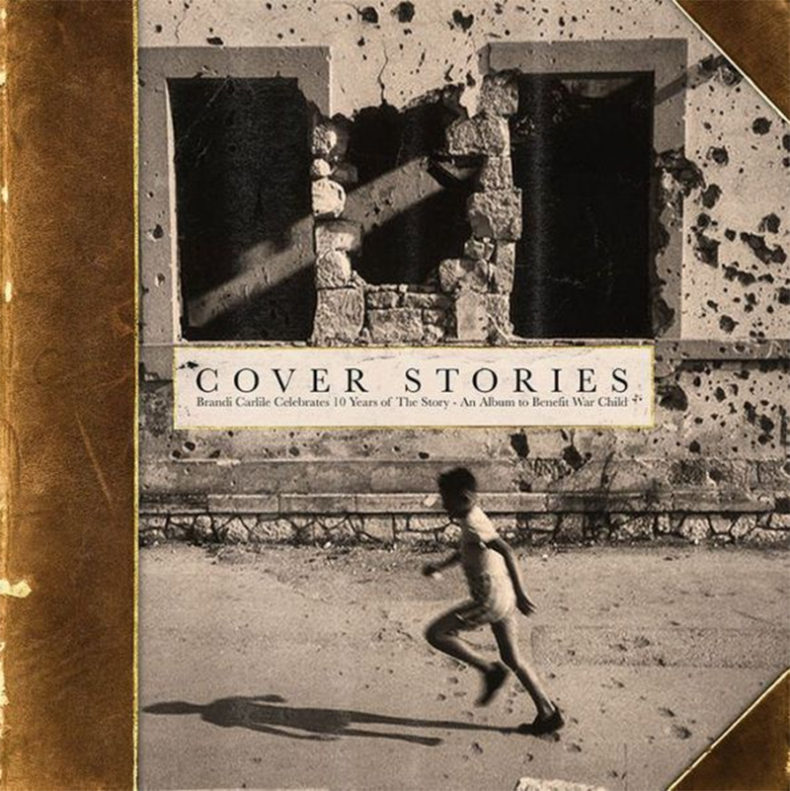 Brandi Carlile’s original recording of “Again Today” is the penultimate track on her 2007 breakthrough The Story, a vulnerable and sparse moment which makes way for the album’s impassioned crescendo in its final verses. On the upcoming Cover Stories: Brandi Carlile Celebrates 10 Years of The Story – An Album to Benefit War Child (May 5 / Legacy Recordings), Pearl Jam puts their high-octane spin on the track, fusing the catharsis and emotion of Carlile’s original with their signature raw power. Brandi lends backing vocals as Eddie Vedder breaks through the wall of sound to deliver her lyrics with the necessary doses of heartache: “Was it ever there at all / Or have I lost my way / The path of least resistance / Is catching up with me again today.”

Cover Stories is composed of newly-recorded versions of all fourteen songs from The Story, reinterpreted by an all-star line-up. Adele, The Avett Brothers, Kris Kristofferson, Dolly Parton, and Margo Price are among the artists and activists lending their voices to celebrate the album’s 10th anniversary, and Barack Obama will provide a foreword. Chris Stapleton adds guitar to Kris Kristofferson’s take on “Turpentine,” and Miranda Lambert lends backing vocals to Anderson East’s “Josephine.” Dave Cobb produced tracks by Kristofferson, Parton, and Price, while Patrick Carney of the Black Keys produced Ruby Amanfu. Carlile and longtime bandmates The Twins (Tim and Phil Hanseroth) produced the Secret Sisters and TORRES.

All proceeds from the album will benefit War Child UK, an organization dedicated to supporting children affected by conflict. Carlile’s nonprofit, the Looking Out Foundation, launched the Story Campaign last year to raise awareness and funds for War Child UK. “This fantastic album will help fund our vital work – from supporting Syrian children to access education, to reintegrating child soldiers in the Central African Republic and working in juvenile justice in Afghanistan,” says War Child UK CEO Rob Williams.

SPILL NEWS strives to keep our readers up to date with news and events in the music industry. We keep you informed of the most recent information regarding new releases, tour dates, and information items about your favourite artists.
RELATED ARTICLES
adeleanderson eastbrandi carlile