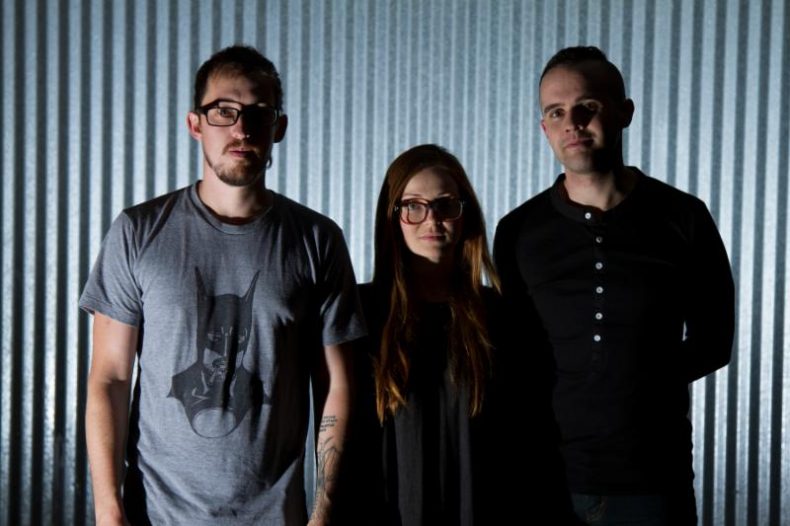 Rock supergroup ORBS have announced the release of their new single, “Giving Tree Hanging Me.” The track comes from the band’s forthcoming album Past Life Regression, out July 15th, 2016. Fans can pre-order the album HERE. The new project marks the band’s first release in six years.

The remorseful, piano-driven “Giving Tree Hanging Me” is one of the more emotional songs on the new album. “I wanted to convey the guilt we carry when we affect someone with our selfish actions,” vocalist Adam Fisher notes, “The main character can’t forgive himself and though he keeps traveling he can’t seem to move on.” On the composition of the track, bassist Dan Briggs added that, “the big blowout at the end of the song does feel like a funeral dirge, with the character accepting his place in the forest as his final resting place.”

ORBS is the creative brainchild of Dan Briggs (of Between The Buried and Me), Ashley Ellyllon and Adam Fisher (of Fear Before The March of Flames).  The trio first joined forces in 2010, releasing their debut project, Asleep Next To Science, with Equal Vision Records. In the six years since their inception, ORBS gained a steady fan base and released a two-track EP, These People Are Animals mixed by Ken Andrews whose previous collaborations include Failure and Paramore. ORBS have released two singles from the forthcoming album so far including “Dreamland II” and “Exploded Birds.”

Recorded in North Carolina and California, Past Life Regression is a project six years in the making, and is not to be taken lightly. At its core, the album deals with the topics of reincarnation, death and the difficulties of living your life.  “It wasn’t intentional, I think it’s just where my head was at, at the time.” says Fisher. “The music was far darker than the last record so it was really easy to go to a dark place and touch on that stuff.” Not only did Dan Briggs self produce the record, he is releasing it on his own imprint called Hogweed & Fugue Record, via Equal Vision Records. With this project, ORBS re-enters the music scene ready to perform for their fans for the first time in five years.