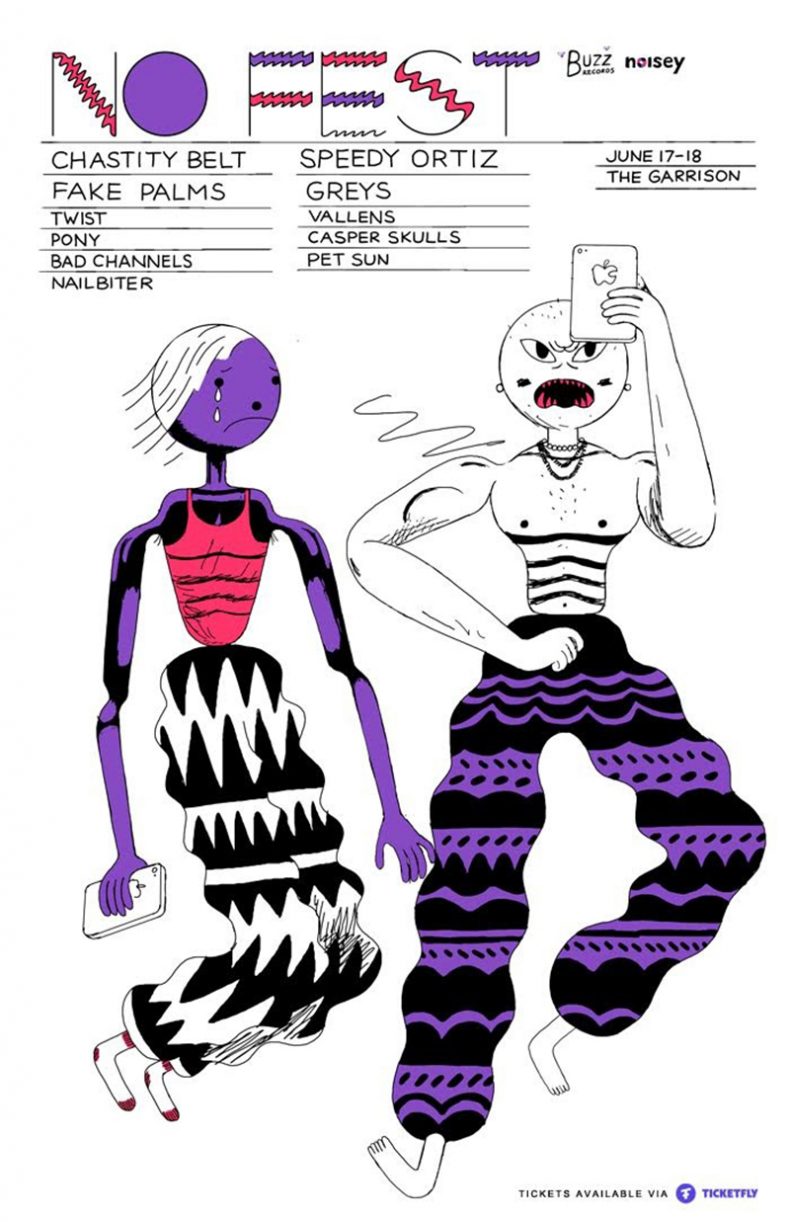 Buzz Records have announced the full lineup for NO FEST, a two day festival that will be taking place at The Garrison in Toronto, Ontario on June 17th and 18th 2016. Joining the already announced Day 1 lineup of Chastity Belt, Fake Palms and Twist, are Speedy Ortiz, Greys and Vallens who will be playing Day 2 of the festival. The festival will also present a free day party on the 18th in the front room of the Garrison, featuring Casper Skulls, PONY and Pet Sun, and an after party in the apartment of Buzz Records’ co-founder Ian Chai featuring Nailbiter and Bad Channels.

No Fest’s focus is to pair strong local talent and up and coming international touring acts, with a DIY ethos and a focus on accessibility. The festival is run by “Toronto’s best independent label of 2015” (Now Magazine), Buzz Records ­whose mandate has been to support and develop local music and artists since 2011. Buzz Records’ Denholm Whale sees the festival as an opportunity to offer something more homegrown to the city’s festival-goers. “Our concept for NO FEST is to provide an alternative to a festival landscape that we feel is largely extrinsic to the music scene in Toronto. We want to bring in bigger acts and make this an event but our goal is to avoid imposing a top down approach to how a festival can work or what it can be, and instead build something that is informed by and reflective of the scene that we are consistently so excited to be a part of.”

In keeping with the festival’s commitment to accessibility the tickets will be priced at $12 for each show ($15 at the door) and $20 for a weekend pass. They are available for purchase below. All events are 19+.

SPILL NEWS strives to keep our readers up to date with news and events in the music industry. We keep you informed of the most recent information regarding new releases, tour dates, and information items about your favourite artists.
RELATED ARTICLES
buzz recordscasper skullsfake palms