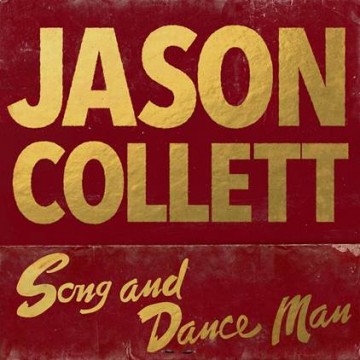 “Song And Dance Man”, the title track from Jason Collett’s sixth full-length album, finds the iconic singer-songwriter back at centre stage, with three-minutes-and-change and a story to sing. Featuring the bright production touch of Bahamas’ Afie Jurvanen, “Song And Dance Man” covers the trials and triumphs of the modern musician with poignant poetry:

If you can tweet something brilliant, you got a marketing plan

Song And Dance Man’s thirteen songs bear the wit and melody of classic Jason Collett: contemplative reflections on getting older, backed with an affinity for freewheeling 70s dance music. The album’s conspiring themes of love & loneliness, sun & shadows, are buoyed by its soaring sound. Each song rises into an easy, spacious groove, lead by Jason’s languid melodies and Afie’s sun-drunk bass.

“There’s a cool economy to Afie’s approach that lets the record breathe and allows it to say more with less, something I worked hard at hardly working at in writing the songs,” says Collett. “Keeping a light touch, keeping it short.”

Having spent the years since 2012’s Reckon finding himself further engaged in the growing success of his Basement Revue concert series – a cross-pollinating musical & literary mash-up of Canada’s premiere contemporary artists – the Toronto indie-troubadour describes this record as a liberating process distilled in a stretch of deep domestic reverie.

“I like writing songs and for the first time in my life I felt no rush to hustle them or myself out the door,” says Collett. “I let some dust settle, some weeds grow, putter about at home…”

The result is a dynamic addition to a strong body of work. Song And Dance Man may be Jason Collett’s finest effort yet –  back in the spotlight, more comfortable than ever in the guise of entertainer:

You got to do what you can when you’re a Song And Dance Man.

Song And Dance Man was recorded in spring 2015 with long-time collaborators drummer/engineer Don Kerr (at his Rooster Studio), Christine Bougie on guitar & lap steel, Zeus’ Neil Quinn on backing vocals, and Afie holding it down on the bass, sometimes two.

One frosty winter night in 2007, Jason Collett’s Basement Revue was born at Toronto’s intimate Dakota Tavern. For nine years, it’s been Toronto’s best kept secret — not for any lack of attendance, but because it is literally a secret. The wildly popular half-literary-half-music series sells out every season without the performers’ names ever being announced. These loyal audiences have learned to expect to see a veritable who’s who of contemporary Canadian ﬁction, music, and poetry gathered in a cross-pollinating variety show, and the mystery of not knowing who might be called to the stage next provides a certain type of unpredictable excitement. One might encounter original collaborations by notable pairings such as Feist and Michael Ondaatje, A Tribe Called Red and Joseph Boyden, or even Margaret Atwood stepping up to the mic in front of one of Toronto’s most celebrated bands and saying with her deadpan wit, “Hit it, Sadies.” The Basement Revue has blossomed into one of Toronto’s most interesting live residencies and it returns this December for five exclusive shows at the Dakota Tavern.

For three years running, Collett and Rogers have produced and curated The Basement Revue for Toronto’s Luminato Festival — the nightly after party of the ten-day festival, where performers from around the world have shared the stage with local artists for a multi-disciplinary showcase, unique to that festival’s breadth of talent. In the spring of 2015 the Basement Revue went on the road for the ﬁrst time, producing and curating a sold out show for the NAC’s Ontario Scene Festival. 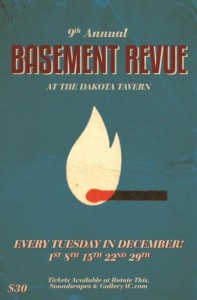 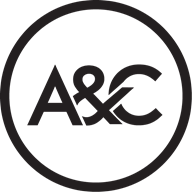 SPILL NEWS strives to keep our readers up to date with news and events in the music industry. We keep you informed of the most recent information regarding new releases, tour dates, and information items about your favourite artists.
RELATED ARTICLES
jason collettnewsthe dakota tavern
4.5