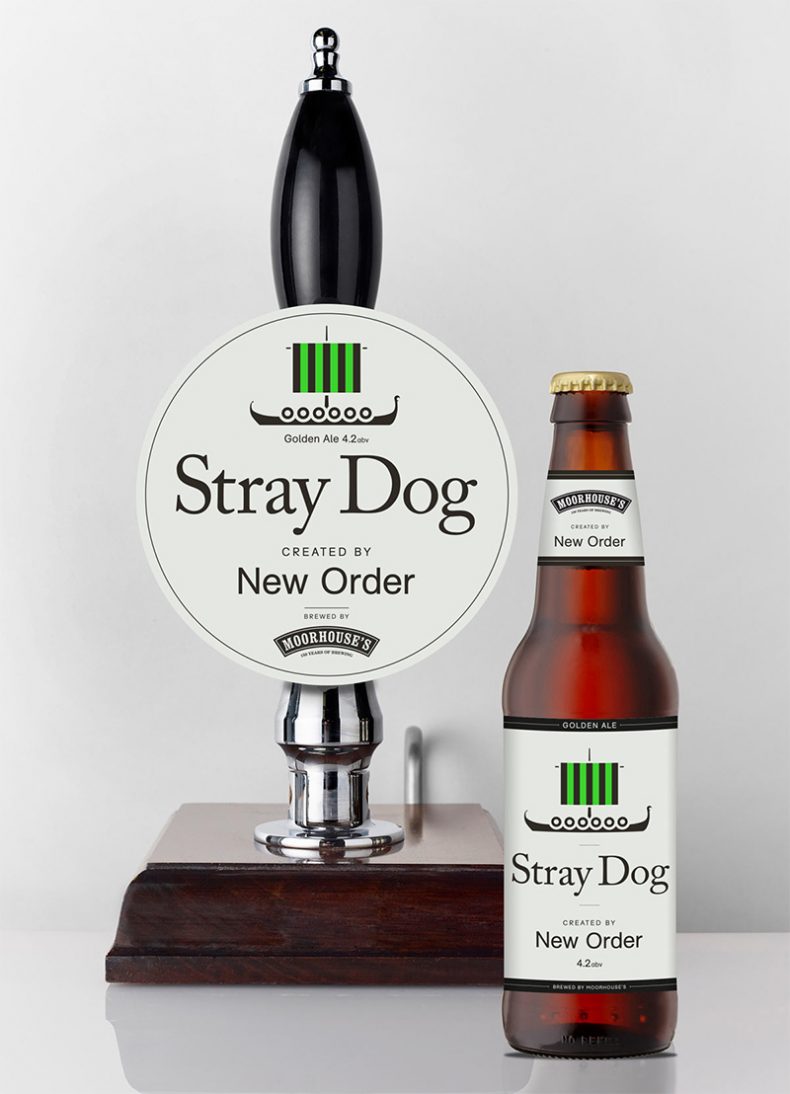 One of Manchester’s most legendary exports, New Order, have joined forces with Moorhouse’s Brewery of Burnley, U.K. to launch an exciting new beer, set for release this Autumn.

The premium 4.2% beer, named Stray Dog (after a track on the band’s most recent album Music Complete), is a refreshing and clean tasting golden ale, with hints of citrus fruit and lychee, all balanced by a subtle bitterness. Brewed using American Cascade, Centennial and Willamette hops, with the finest English Maris Otter malt, it was developed by head brewer Dan Casaru at Moorhouse’s new $6.5 million state-of-the-art brewery after a series of tastings earlier this spring.

Created with both new and established cask ale drinkers in mind, Stray Dog will be available to pubs in the UK, with a bottled 500ml version also available for supermarkets and export to follow.

Moorhouse’s of Burnley, who celebrated their 150th anniversary last year, are one of the biggest independent brewers in the north west of England, especially famed for their award-winning Pendle Witches Brew, and current favorites Blond Witch and White Witch. This is the first time that the brewery has collaborated with a band to brew a beer.

New Order commented: “It’s been a pleasure to work with Moorhouse’s of Burnley on our first foray into the brewing business. Even more so that they’re celebrating their 150th anniversary, and have such a rich heritage in the north west”

The beer will be available exclusively in Mitchells & Butlers pubs from the last week of August, ahead of national UK availability in September. The beer will be launched officially at a special New Order-themed evening at The Sawyer’s Arms in Manchester on Sunday August 28th, from 7pm, with DJs and competitions to win special merchandise.