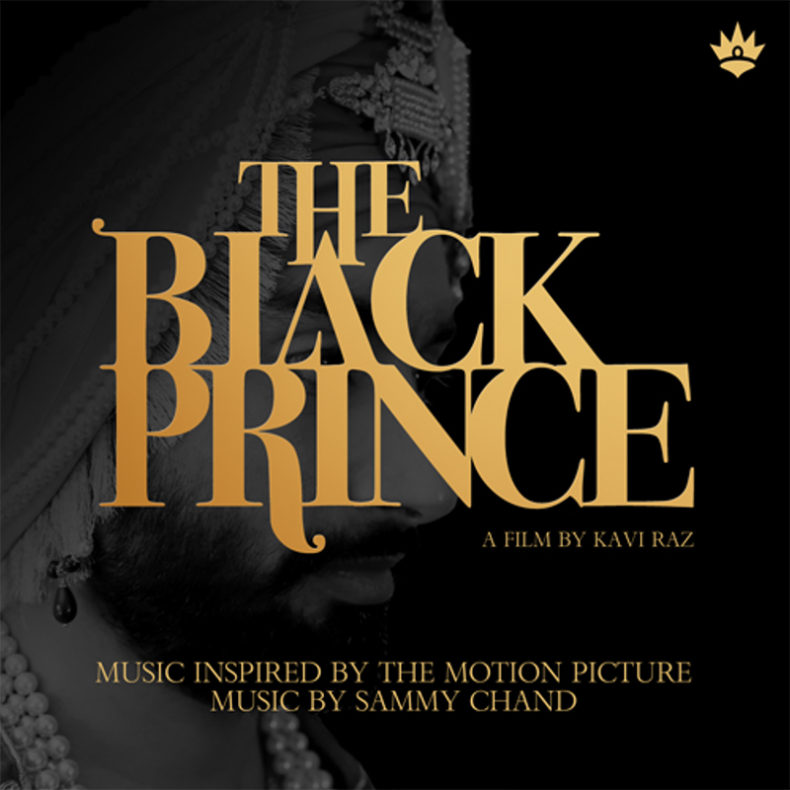 MUSIC INSPIRED BY “THE BLACK PRINCE” OUT NOW

“This album tells the story of The Black Prince through a modern sound with some great artists,” says Sammy Chand. “The collection of artists on this album is a testament to how fascinating the true story and legacy of Maharaja Duleep Singh truly was. Even in its tragic form, there is so much for us to take away from his life.  For me it’s an honor to be involved with this film.”

Tisha Campbell-Martin also appears on a song with Chand called “Don’t Walk Away.”  The song captures the story of Lady Bamba, the wife of the Maharaja, in her plight to hold on to her marriage and her husband from moving on without her, to fight for his kingdom.  The emblematic Sammy Chand sound with Tisha’s beautiful delivery shines on this album, and tells the often forgotten love story among the husband and wife.

The Black Prince, written and directed by Kavi Raz and starring acclaimed singer-poet Satinder Sartaaj, is the very first English-language film about the poignant life story of the last King of Punjab, Maharajah Duleep Singh—also known as The Black Prince.

Produced by Brillstein Entertainment, The Black Prince carefully captures the tragic, yet fascinating true story and legacy of Maharajah Duleep Singh, providing a visual narrative of one of India’s most noble kings, and his fragile relationship with Queen Victoria, who was Godmother to his children.

King Maharajah Duleep Singh, was placed on the throne at the age of five only to be robbed of it by a bloody treason at the hands of trusted courtiers. He was then torn from his mother and taken to England by the British at age fifteen. While in England, he was introduced to Queen Victoria, who took an immediate liking to him, calling him “The Black Prince”. He was indoctrinated into Christianity and baptized, changing his life forever. Meeting his mother again after thirteen years, the Maharaja awakens to the realities of his former life in Punjab. He then begins the arduous journey to regain all that was lost and re-embrace the faith of his birth, Sikhism. Torn between his two worlds, The Black Prince begins a lifelong struggle to regain his Kingdom.

SPILL NEWS strives to keep our readers up to date with news and events in the music industry. We keep you informed of the most recent information regarding new releases, tour dates, and information items about your favourite artists.
RELATED ARTICLES
newstalib kweli