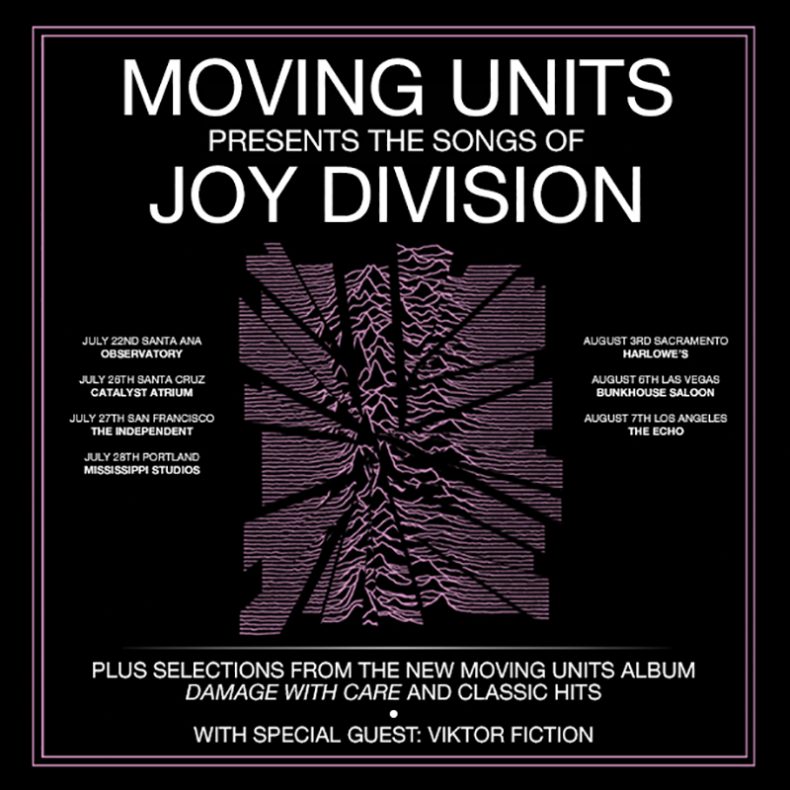 “It was kinda like the soundtrack to the discontent of my youth,” says Blake Miller of Moving Units about one of his musical idols, British postpunk legends Joy Division. Beginning August 7th in Santa Ana, CA, the LA-based dance rock stalwarts will begin a West Coast tour entitled Moving Units Present the Songs of Joy Division, a live homage which will include a wealth of covers as well as songs from their own oeuvre. “I was drawn to the moody industrial sound of their debut album, Unknown Pleasures, when I was a freshman in college,” he continues about the seminal band’s sultry lure. “And [late Joy Division lead singer] Ian Curtis has this ‘Frank Sinatra smacked out on valium and uppers’ vocal style I really love. I remember feeling captivated by this band while I drove around my desolate hometown in suburban Detroit.”

Putting their own spin on such important tracks as “Disorder”, “Digital”, “She’s Lost Control”, “Atmosphere”, and of course, “Love Will Tear Us Apart”, among others, Moving Units will lovingly recreate the Manchester band’s tragic beauty faithfully. “I think we share a deep artistic connection with their music,” he says about the reasons behind waging such a daunting tour. “Our band was very inspired by Joy Division and similarly innovative post punk bands from that era like A Certain Ratio, PiL, Section 25 and The Fall. So when we approached the material we decided to learn the songs note for note and then apply our own musical brush strokes and accents to our versions.”

In addition, Moving Units are planning an accompanying studio album to be released this fall (more details forthcoming).  Including the songs they will be playing live, the new album will also include special guests on the recordings and will be produced by Dave Trumfio (Wilco, Jesus & Mary Chain, Built To Spill).  “I also produced guest vocals by Justin Pearson (threeoneg, The Locust) and Leafar Seyer (Prayers),” says Miller excitedly. “I think we capture the raw impulsive attitude of their songs and their performance style in a way that both honors their legacy and breathes fresh air into the music.” 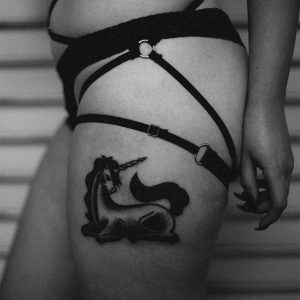 Their adrenaline-fueled fourth album Damage With Care was called a “supercharger banger” by PopMatters, echoing the band’s trademark paranoid rock bounce that harkens the postpunk heyday of New Wave. Noisey (who premiered the band’s single “Wishful Thinking”) called them”infectious and chirpy as it is dancey and dangerous, a rush of exuberant introspection that’s got one foot in the past and one foot in the future.” LA music bible BuzzbandsLA appropriately characterized their music as “rapturously abrasive, the perfect antidote to all the ‘pretty’ four-on-the-floor detritus that moves butts but has no spine.”

Releasing their self-titled debut in 2002, Moving Units exploded out of Los Angeles, fusing dance music and indie rock in a unique style that fused them within the burgeoning scene that included The Rapture, The Faint, Franz Ferdinand and Bloc Party. “Back then, no one danced at shows in LA. People were trying to play it cool,” Miller says.” We wanted to shake things up and make people boogie.”

SPILL NEWS strives to keep our readers up to date with news and events in the music industry. We keep you informed of the most recent information regarding new releases, tour dates, and information items about your favourite artists.
RELATED ARTICLES
damage with carejoy divisionlove will tear us apart
10