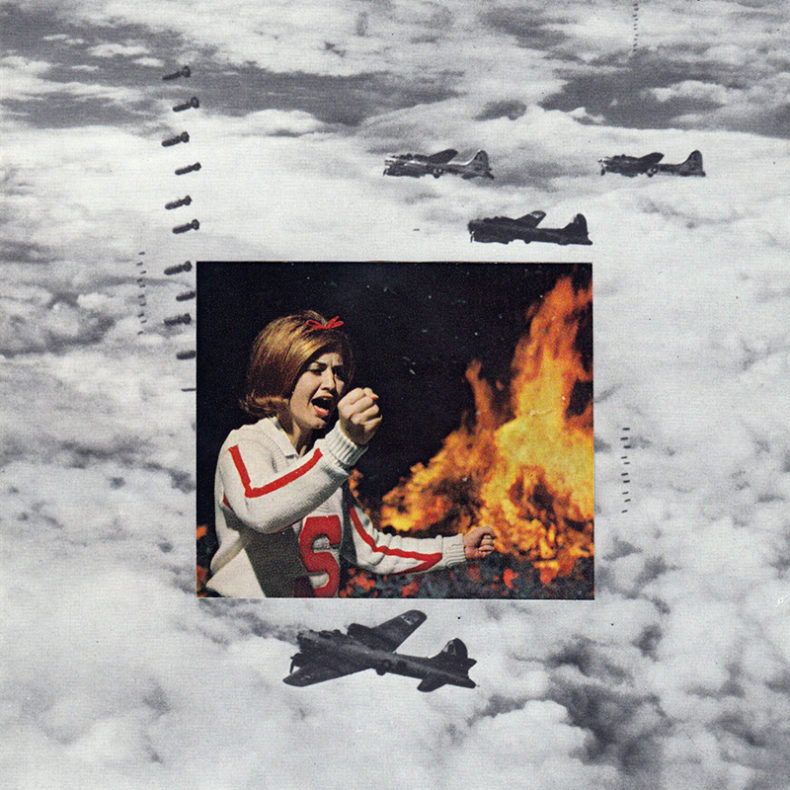 Mounties, the composite musical home of Hawksley Workman, Ryan Dahle, and Steve Bays, have unleashed the first official single from their highly-anticipated sophomore album due out early 2019. “De-Evolve Again” is available to stream and purchase today via DSPs HERE.

When asked about the inspiration for the track, the band says, “The word ‘devolve’ wasn’t quite enough for us. We needed to make up a word, ‘De-Evolve’, which is a literal Devo (the band) influence. Lyrically, it hints at some kind of global awakening…as if all 7 billion broken individuals stood up and accepted a shared responsibility of what might be going wrong on the planet. ‘De-Evolve Again’ might be more of a conversation, with no conclusion, so deconstructing its meaning is up to the listener. There is darkness but also hope in this one, and although reality is crushing down on us, maybe we can get it together before the clocks stop.”

Last month, the 3-piece unveiled “Canoe Song”, the first sneak peak of the upcoming record along with a video conceptualized and created completely by the band from start to finish with the help of original footage created by Bill Maylone, a stop-motion animation legend. Watch + share the video for “Canoe Song” HERE.

Says Dahle of the upcoming LP, “The first record came right out of space,” begins Dahle, “and didn’t seem to be within the boundaries of the genres we thought we were in as individuals. This time, that goes a few steps further; we didn’t want to be limited to the way we created the first record, or limited at all.”

Mounties is the musical union of three industry veterans in Workman, Steve Bays of Hot Hot Heat and Fur Trade, and Ryan Dahle of Limblifter and Age of Electric. The group’s upcoming release is a curious and compelling mishmash of ideas, eras, and experimentation. It inevitably includes the bits of genius that made its predecessor – and each member’s individual projects – worth hearing and takes it all to new heights and new dimensions. Vocal melodies, wobbly vintage synth lines, and staccato guitar leads seemingly sprout from nowhere yet never steal focus from the melodies and emotions they support.

More information including album artwork, tracklisting and a new video will be released in the coming weeks.

SPILL NEWS strives to keep our readers up to date with news and events in the music industry. We keep you informed of the most recent information regarding new releases, tour dates, and information items about your favourite artists.
RELATED ARTICLES
bill maylonecanoe songlight organ records