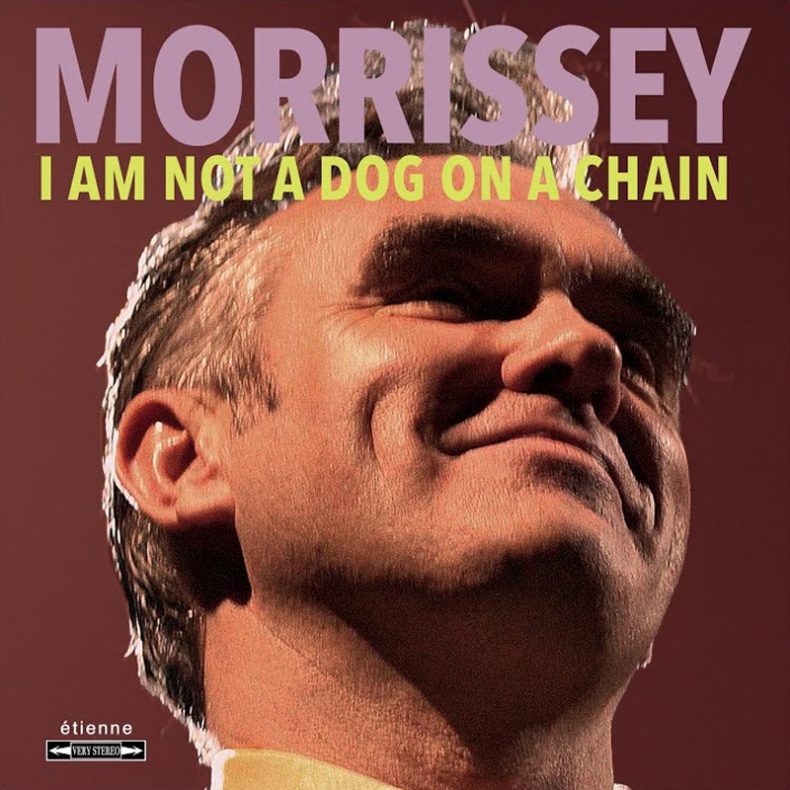 Morrissey is set to release his 13th solo studio album, I Am Not A Dog On A Chain, on March 20th. The album represents his third release via BMG and follows last year’s covers album ‘California Son’, which entered the UK charts at #4.

I Am Not A Dog On A Chain was produced by the Grammy Award-winning producer Joe Chicarelli (Beck, The Strokes, The Killers). It was recorded during sessions at Studio La Fabrique in Saint-Rémy-de-Provence, France and Sunset Sound in Hollywood, California.

“I have now produced four studio albums for Morrissey,” said Chicarelli. “This is his boldest and most adventurous album yet. He has pushed the boundaries yet again – both musically and lyrically. And once again proving that as a songwriter and singer, he is in his own category. In truth, no one can be Morrissey but… Morrissey!”

Morrissey has launched the album by sharing its lead single ‘Bobby, Don’t You Think They Know?’ The track features the Motown legend Thelma Houston, who is perhaps best known for her interpretation of ‘Don’t Leave Me This Way’ which topped the Billboard Hot 100 in 1977.

Houston commented, “One of the biggest joys for me in this business is getting the opportunity to collaborate with other top artists. I love the challenge to see if what I do can work with what they’re doing. Sometimes it works, and sometimes it doesn’t. I think the blend of what Morrissey is singing and what I’m singing really works on “Bobby”. And it was a lot of fun working with M in the studio too!”

I Am Not A Dog On A Chain is now available to pre-order from https://morrissey.lnk.to/chainPR. It will be released on digital and streaming formats, plus a digisleeve CD, a black 140 gram vinyl, and a transparent red vinyl which will be available from HMV and select indie stores. Two D2C formats are also available: clear vinyl and a cassette tape.

This new announcement follows the news that Morrissey hit #1 on this week’s UK Vinyl Singles Chart with his cover of Roy Orbison’s 1964 classic ‘It’s Over’. Initially released exclusively via HMV, the single will receive its full release on January 24th.

SPILL NEWS strives to keep our readers up to date with news and events in the music industry. We keep you informed of the most recent information regarding new releases, tour dates, and information items about your favourite artists.
RELATED ARTICLES
bmgmorrisseynews
9.0