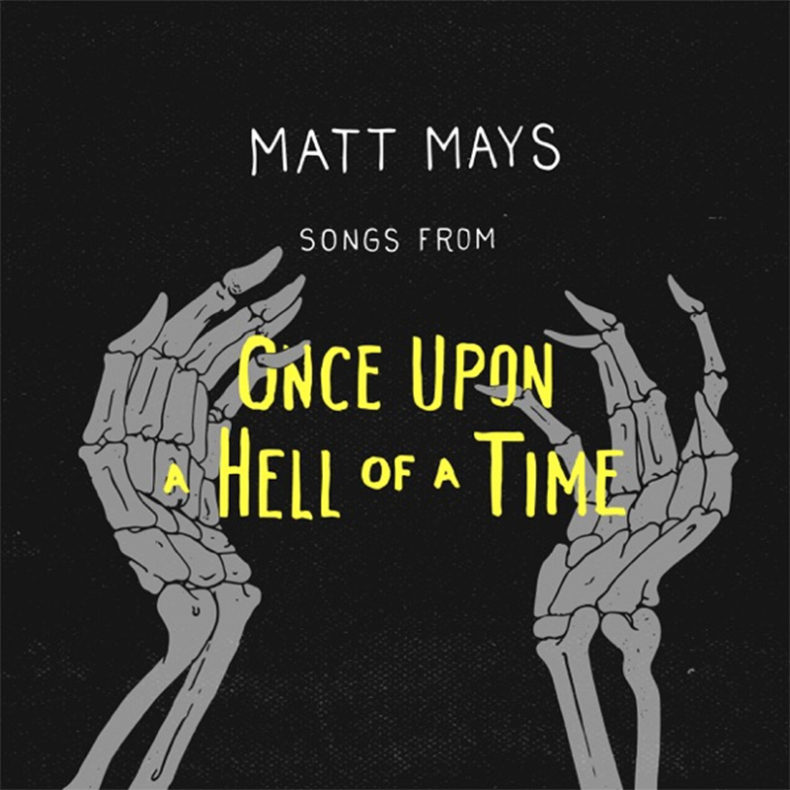 Enigmatic singer-songwriter and Canada’s own rock’n’roll son, Matt Mays returns with a brand new studio album, his sixth, Once Upon a Hell of a Time scheduled for release this fall. Matt co-produced the record with collaborator Loel Campbell (Wintersleep). This new album follows up the award-winning Coyote, which landed Matt a 2014 JUNO Award for Rock Album of the Year.

Constantly on the move, Matt recorded Once Upon a Hell of a Time all over North America with sessions in California, British Columbia, Ontario, Quebec, Nova Scotia and New York. On April 21st, the first single ‘Faint of Heart’ as well as new album tracks ‘Ola Volo’, ‘Sentimental Sins’ and ‘Station Out of Range’ will be available as a four song album sampler.

“The full album has a pretty strong theme or feeling and I wanted that to come across right away,” says Matt. “This is party rock for the heartbroken. And you can’t leave a party short of tunes, or better yet, you can’t leave the sad and lonely folks with just one song to cry to. So, why just release one song when you can leak four?!”

After departing the seminal alt-country collective The Guthries back in 2002, Matt alternated between solo projects (his self-titled debut, the faux soundtrack When the Angels Make Contact) and band projects (the now legendary Matt Mays & El Torpedo record and 2008’s Terminal Romance). Following the dissolution of Matt Mays & El Torpedo in 2009, Matt released Coyote in 2012.

Matt has announced a select handful of shows for now, including a few gigs in Ontario around his CMW show at Lee’s Palace on April 20, spanning the country with a BC play at the Laketown Rock Festival, and in Nova Scotia to play the Riverfront Jubilee. Stay tuned for more dates to fill in all the spaces and places in between and for more news on the release of Once Upon a Hell Of a Time.

SPILL NEWS strives to keep our readers up to date with news and events in the music industry. We keep you informed of the most recent information regarding new releases, tour dates, and information items about your favourite artists.
RELATED ARTICLES
faint of heartmatt maysnews
8.0