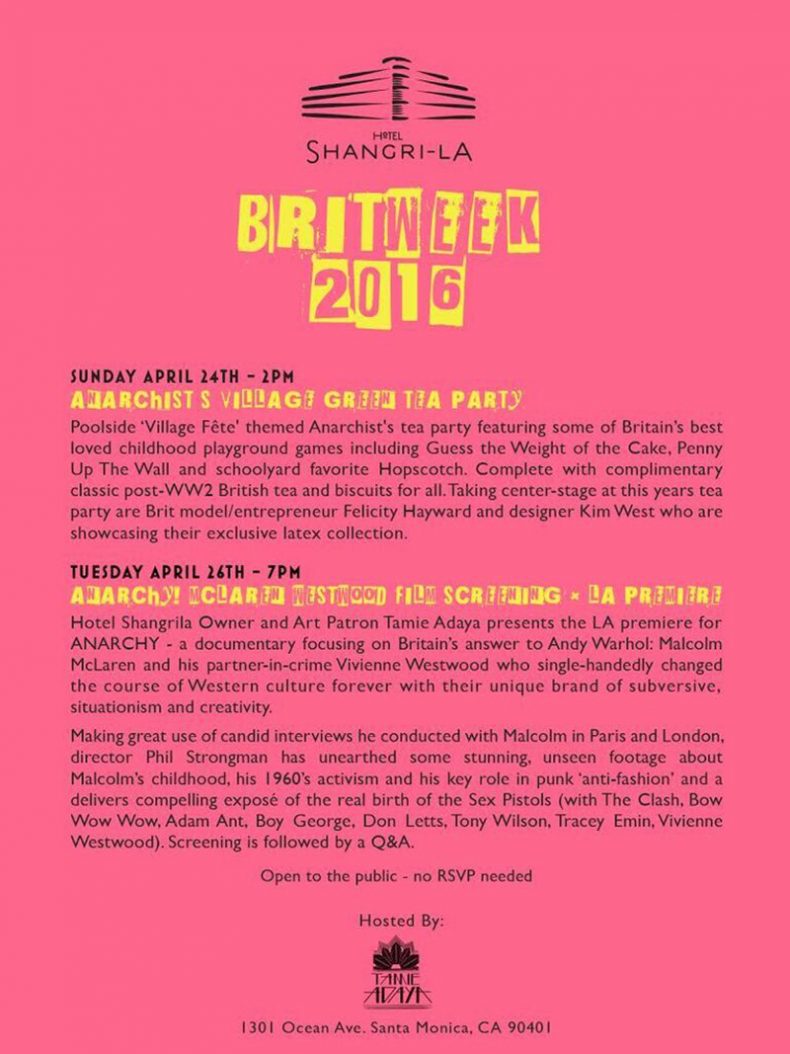 The annual Britweek events in L.A. kick off a celebration of the 40th Anniversary of Punk Rock (April 23, 1976, the release date of the Ramones’ first album) this weekend at Santa Monica’s opulent Hotel Shangri-La.

Tamie Adaya, renowned art patron and owner of The Shangri-La, Hollywood’s timeless iconic Art Deco hotel, is hosting a trilogy of star-studded cultural delights celebrating the best of British creativity this month. The American hotelier and entrepreneur joins forces again with Nigel Lythgoe OBE and former British Consulate Bob Peirce, co-founders of BritWeek. The annual event, now in its tenth year, is a celebration of the creative fusion between the UK and the USA, focusing on film, music, arts and fashion.

SPILL NEWS strives to keep our readers up to date with news and events in the music industry. We keep you informed of the most recent information regarding new releases, tour dates, and information items about your favourite artists.
RELATED ARTICLES
newsshangri-la

by SPILL NEWS on March 31, 2021
MY BLOODY VALENTINE SIGN TO DOMINO FULL CATALOG AVAILABLE DIGITALLY FOR THE FIRST TIME EVER Domino are immensely proud to [...]

by SPILL NEWS on March 20, 2021
KANSAS TO RELEASE POINT OF KNOW RETURN LIVE & BEYOND ON MAY 28 INSIDE OUT MUSIC KANSAS, America’s legendary progressive rock band, will release their [...]