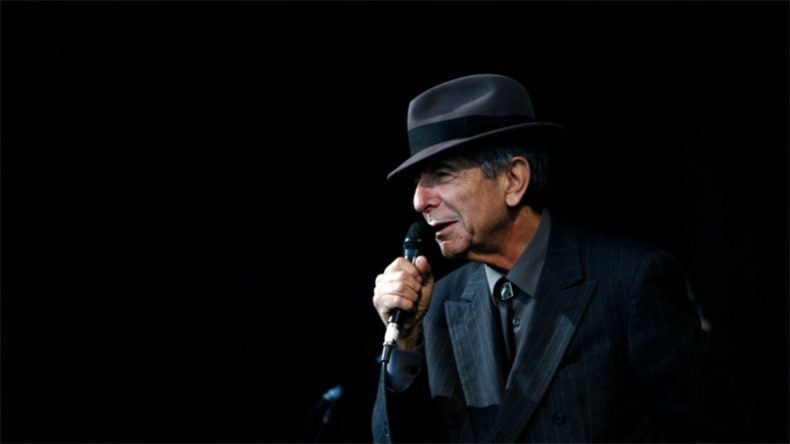 LEONARD COHEN PASSES AWAY AT AGE 82

Iconic Canadian poet/musician Leonard Cohen has passed away suddenly this evening. There has been no cause announced. He was 82. The following message was posted on his Facebook page:

It is with profound sorrow we report that legendary poet, songwriter and artist, Leonard Cohen has passed away.
We have lost one of music’s most revered and prolific visionaries.

A memorial will take place in Los Angeles at a later date. The family requests privacy during their time of grief.

Cohen’s latest album entitled You Want It Darker was released last month. He received many well deserved awards and honours over the year including Canadian Music Hall of Fame and the Canadian Songwriters Hall of Fame as well as the American Rock and Roll Hall of Fame. He was a Companion of the Order of Canada, the nation’s highest civilian honour. In 2011, Cohen received one of the Princess of Asturias Awards for literature. Cohen was awarded the Ninth Glenn Gould Prize in 2011.

Leonard released a total of 14 albums beginning with the 1967 release entitled Songs Of Leonard Cohen.

SPILL NEWS strives to keep our readers up to date with news and events in the music industry. We keep you informed of the most recent information regarding new releases, tour dates, and information items about your favourite artists.
RELATED ARTICLES
hallelujahleonard cohennews