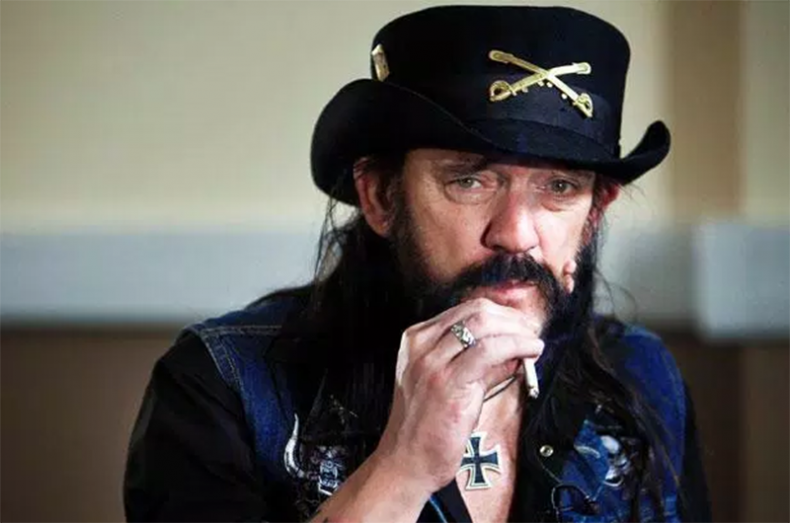 Lemmy Kilmister, the legendary lead singer and bassist of Motörhead, passed away today at  his home, after being diagnosed two days ago with an aggressive form of cancer.

Lemmy, born Ian Fraser Kilmister, was the main songwriter, and only constant member of Motörhead, which he founded in 1975. He was also a previous member of Hawkwind from 1972 to 1975, but was fired from Hawkwind, after being arrested at the Canadian border in Windsor on drug possession charges.

Motörhead announced his death on their official Facebook page late this afternoon:

“There is no easy way to say this…our mighty, noble friend Lemmy passed away today after a short battle with an extremely aggressive cancer. He had learnt of the disease on December 26th, and was at home, sitting in front of his favorite video game from The Rainbow which had recently made it’s way down the street, with his family.”

Dave Grohl (on his Probot website) had these words to share about Lemmy:  “Fuck Elvis and Keith Richards, Lemmy’s the king of rock ‘n’ roll – he told me he never considered Motörhead a metal band, he was quite adamant. Lemmy’s a living, breathing, drinking and snorting fucking legend. No one else comes close.”

Lemmy’s legendary reputation included his lifelong large intake of drugs and alcohol, as well as that of being a sex legend.   He claims to have consumed a bottle of Jack Daniels every day since 1985, quitting just two years ago for health reasons.  He also claims to have slept with over 1000 women over his life, and Maxim magazine lists him as number eight of their “Top Ten Sex Legends” list.

Motörhead adds: “We cannot begin to express our shock and sadness, there aren’t words.

We will say more in the coming days, but for now, please…play Motörhead loud,… play Hawkwind loud, play Lemmy’s music LOUD. Have a drink or few.

Celebrate the LIFE this lovely, wonderful man celebrated so vibrantly himself.

HE WOULD WANT EXACTLY THAT.

Born to lose, lived to win.”

SPILL NEWS strives to keep our readers up to date with news and events in the music industry. We keep you informed of the most recent information regarding new releases, tour dates, and information items about your favourite artists.
RELATED ARTICLES
deathlemmy kilmistermotörhead