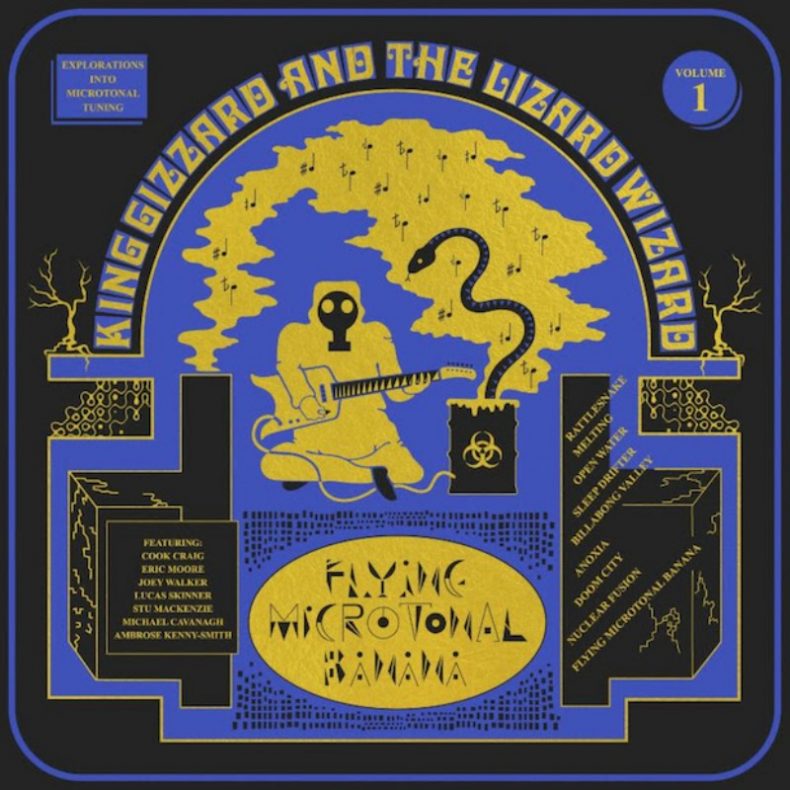 WATCH THE VIDEO FOR THE FIRST TRACK “RATTLESNAKE”

“Rattlesnake” is the first track available from Flying Microtonal Banana, the band’s first LP of 2017 to be released on February 24th. The Melbourne-based band plan to release five studio albums in 2017, an ambitious feat as each record will be its own unique sonic adventure.

Flying Microtonal Banana is King Gizzard’s first-ever experience in microtonal tuning, which features intervals smaller than a semitone and not found in customary Western tuning octaves.

“Earlier this year we started experimenting with a custom microtonal guitar our friend Zak made for Stu,” further explained drummer Eric Moore. “The guitar was modified to play in 24-TET tuning and could only be played with other microtonal instruments. We ended up giving everyone a budget of $200 to buy instruments and turn them microtonal. The record features the modified electric guitars, basses, keyboards and harmonica as well as a Turkish horn called a Zurna.”

Little did they know that was only the beginning. The band recently released their “Bootleg Holiday From Hell” documentary, which chronicles seven tours over two years in two hours. Watch it below and check out all upcoming North American tour dates.

SPILL NEWS strives to keep our readers up to date with news and events in the music industry. We keep you informed of the most recent information regarding new releases, tour dates, and information items about your favourite artists.
RELATED ARTICLES
flying microtonal bananaking gizzard & the lizard wizardnews
8.0