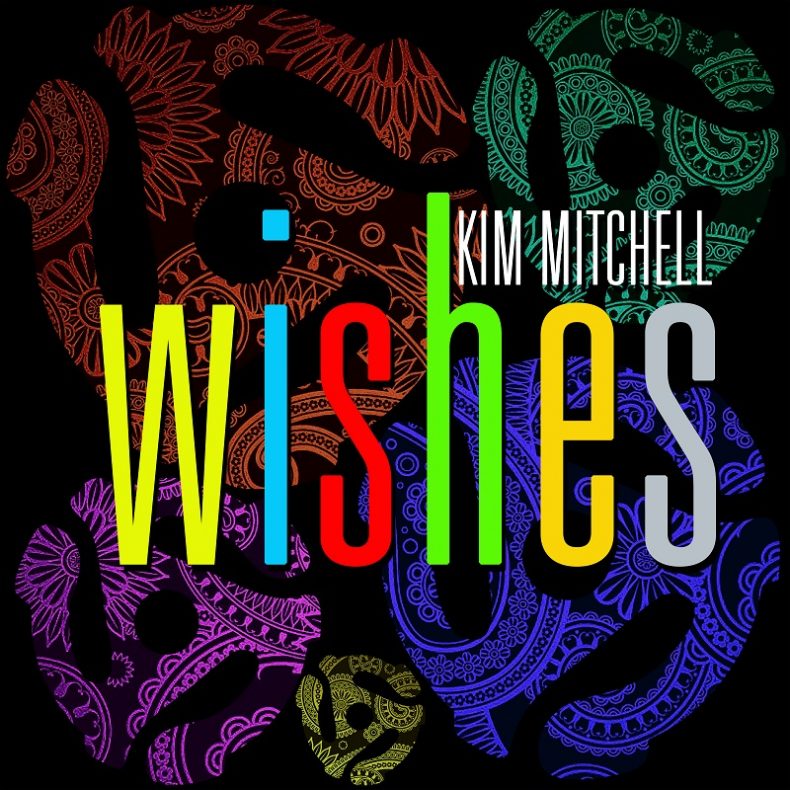 KIM MITCHELL RETURNS WITH “THE BIG FANTASIZE”, HIS FIRST ALBUM IN 13 YEARS

When it comes to “Wishes”, the way the song came to be is just as poetic as its original inspiration. “The lyrics literally fell into my lap one day in a waiting room,” the gold and multiplatinum-selling singer-songwriter and guitarist recalls. “After very randomly reading A.C. Child’s poem “Wishes”, I knew immediately I wanted to turn it into a song.

“After writing the verses, I quickly realized that, while the poem itself felt complete, now being in a song, it didn’t anymore. It needed something lyrically and musically to sum up the whole idea. The challenge would be coming up with a melody and music that would harmonically be satisfying to me, yet present itself as simple, pretty, and serving the lyric. “It also needed a musical deviation somewhere… A short, musical passage you could just float away with before coming back to the song’s final thought.”

Even for one of the country’s most ubiquitously heralded songwriters — one who is also soon to be inducted into the Canadian Songwriters Hall Of Fame — sometimes these things click instantly, and sometimes… they don’t. “Of all the 150 or so songs I’ve written in my career, ‘Wishes’ took the longest to finish,” Mitchell shares. “It took patience. Lots of trial and error, and for years, I’d leave it for months, come back and work on it, leave it again, and then come back.” “Then, one peaceful morning looking out my front window, the refrain just happened for me while I was vibing on my acoustic guitar. I wasn’t even searching, but there it was!” “Sometimes you don’t search for a part, you wait for it to arrive.”

A similar sentiment could be considered for The Big Fantasize, Mitchell’s forthcoming full-length release and the vehicle of sorts for “Wishes”.  “It was like that classic old car that’s been in the garage for a while,” Mitchell muses about the album. “You know, the one you’re going to strip down and restore ’cause you know there’s something special there, but you just never seem to get around to it.”

Marking his 13th studio offering, including the five as the leader of Max Webster and first in just as many years since 2007’s Ain’t Life Amazing, The Big Fantasize is the result of sleeves rolled up alongside co-producer and close friend Greg Wells (Keith Urban, Adele, Taylor Swift, Twenty One Pilots). Turns out, there was something pretty sweet hiding under the hood… Where its predecessor was a fiery and fierce rock album, anchored by big riffs and bigger swagger, The Big Fantasize is a more dynamic and musically expansive effort that perfectly encapsulates Mitchell’s prowess as a pure and compelling songwriter.

His countless signature anthems permanent fixtures of Canadiana 101, the three-time JUNO Award winner has sold over 1.5 million recordings and toured endlessly over the course of his storied career, which also included a fan favourite 11-year tenure hosting The Kim Mitchell Show on Toronto’s Q107.

“‘Grant me these before I die and I’ll ask no more of life,'” he says aloud, citing a lyric from “Wishes”. “That line can make my eyes misty some days…

“Normally your title is ‘composer’ when working on a new song,” Mitchell considers. “For ‘Wishes’,  my title seemed to be song’s roadie, or perhaps its personal assistant.I hope I served it well.”

SPILL NEWS strives to keep our readers up to date with news and events in the music industry. We keep you informed of the most recent information regarding new releases, tour dates, and information items about your favourite artists.
RELATED ARTICLES
el mocambo recordsnews