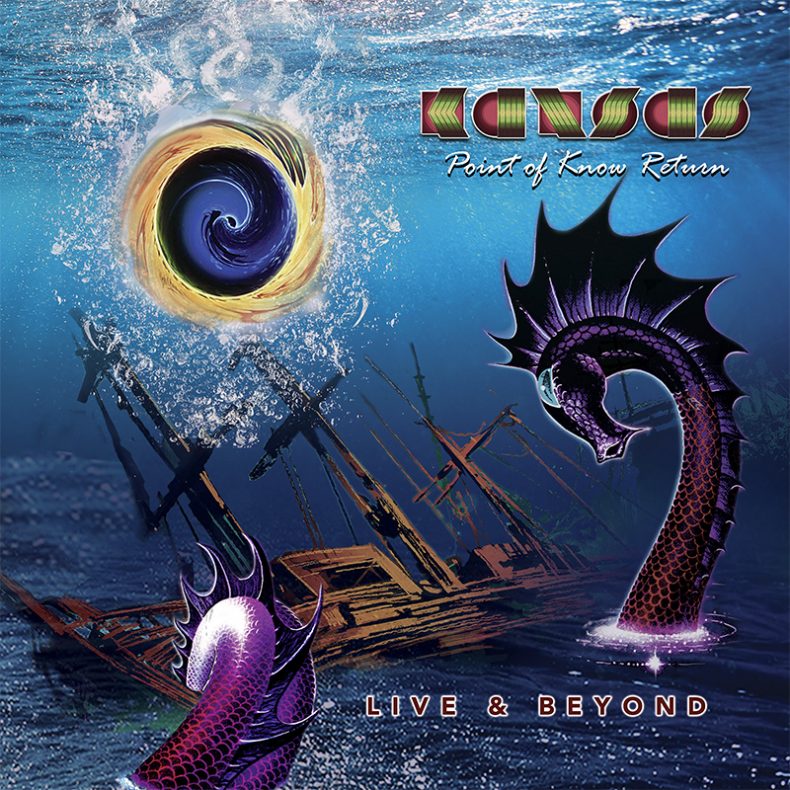 KANSAS, America’s legendary progressive rock band, will release their new live album Point of Know Return Live & Beyond on May 28, 2021. This is the first live album since 2017 for the band that has sold more than 30 million albums worldwide and is famous for classic hits such as ‘Carry On Wayward Son’ and ‘Dust in the Wind,’ to progressive epics like ‘Song for America.’ The band released a teaser for the live album below.

“We knew we wanted to release a live album of the Point of Know Return Anniversary Tour. Being unable to tour for more than a year has given us the opportunity to work on Point of Know Return Live & Beyond and release it for our fans who are missing live concerts as much as we are,” said KANSAS drummer and album co-producer, Phil Ehart. “When we discussed who would mix the album, we thought the best possible person would be the guy who mixes the band live every night and recorded the shows on the road. Nobody knows better how KANSAS sounds live than our front of house engineer, Chad Singer!”

“This live album sounds great,” adds KANSAS guitarist and album co-producer, Richard Williams. “We wanted to make sure this album captures and represents how KANSAS sounds live in concert. Point of Know Return Live & Beyond does just that.”

Along with original KANSAS band members Phil Ehart on drums and Richard Williams on lead guitar, Point of Know Return Live & Beyond, features Tom Brislin on keyboards and vocals, Billy Greer on bass and vocals, Ronnie Platt on lead vocals and keyboards, David Ragsdale on violin and vocals, and Zak Rizvi on guitar and vocals.

Point of Know Return Live & Beyond, will be released May 28, 2021, on Inside Out Music and is distributed by The Orchard. The album will be available as a double CD digipak, triple 180-gram vinyl + 2 CD box-set, and digitally on Spotify, Apple Music, Amazon Music, iTunes, and other fine digital retailers.

SPILL NEWS strives to keep our readers up to date with news and events in the music industry. We keep you informed of the most recent information regarding new releases, tour dates, and information items about your favourite artists.
RELATED ARTICLES
inside out musickansasnews

by SPILL NEW MUSIC on November 23, 2020
KANSAS RELEASE NEW MUSIC VIDEO FOR “THE ABSENCE OF PRESENCE” INSIDE OUT MUSIC America’s legendary progressive rock band, Kansas, has released an [...]
8.0

by Aaron Badgley on July 17, 2020
Kansas The Absence Of Presence Inside Out Music The Absence of Presence is the first studio from Kansas since 2016’s very successful The Prelude Implicit, and this album, in some [...]

by Aaron Badgley on July 7, 2020
LET THEM KNOW WE TRIED A CONVERSATION WITH ZAK RIZVI, RONNIE PLATT AND TOM BRISLIN OF KANSAS In 1974 Kansas released their [...]
7.0

by Aaron Badgley on November 3, 2017
Kansas Leftoverture Live And Beyond Inside Out Music A good live album is a difficult thing to produce. As for great live albums, there are but a handful. The Concert For Bangla [...]